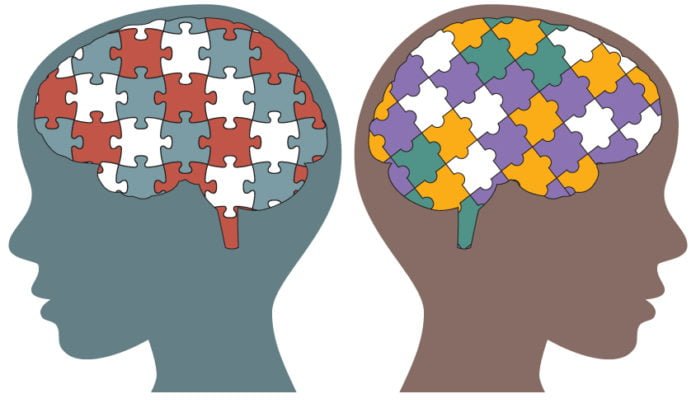 The two general terms Autism and Autism Spectrum Disorder (ASD) are terms for a group of complex disorders which are part of the brain development. They can vary in the degrees, repetitive behaviors, nonverbal and verbal communication and difficulties in social interaction. This is a kind of disability which is lasting through all their life. This is a problem which means how people interact with others and how they perceive the world. Autistic people feel, hear and see in different way compared to other people. When someone is autistic, then this means they will be autistic all their life. This is not a disease or illness and what is important about this problem is that it cannot be cured. Many people who have this problem are having decreased self – esteem and they think this is their identity. This is a kind of spectrum condition which means that it can affect people on many different ways. [1] It is estimated that more boys are affected with this condition compared with girls. [2] In the United Kingdom the number of autistic people is estimated about one in every one hundred people. [3]

How common is autism?

This is a very common situation. In fact it is much more common than we think. In the United Kingdom there are around 700,000 people who live with this condition which means that there are one in one hundred people affected with this condition. People from all social, cultural and religious backgrounds and from all nationalities can be affected with this disease. There are studies in which is shown that men can have bigger chances to get autism compared with women. [2]

Signs and symptoms of Autism

Here are the signs and symptoms of autism:

Causes for autism: The exact cause for autism is still not known but scientists think that environmental (exposed to some alcohol, womb or certain medication) or unknown factors or genetic predisposition (genes which child inherits from its parents) can be a cause for autism. [5]

Remedies for autism: In the very early brain development are appearing the roots of autism. If you have children, the ages between two and three are the best years in which you can conclude if they show you some signs and symptoms of autism. The number of people who are getting autism is increasing every year. 1 in 189 girls and 1 in 42 boys are diagnosed with this kind of problem in the United States of America. [6] There are many studies in which scientists are trying to discover the real cause for this condition. There is not cure for this disease but there are some natural remedies which can help to autistic people to pass over some social conditions. Talk with your doctor about the various natural remedies for autism and they will help you.

[6] Wright J. The real reasons autism rates are up in the U.S. Scientific American. 2017. Retrieved from www.scientificamerican.com/article/the-real-reasons-autism-rates-are-up-in-the-u-s/

Urethritis: Most Common 8 Symptoms and Causes