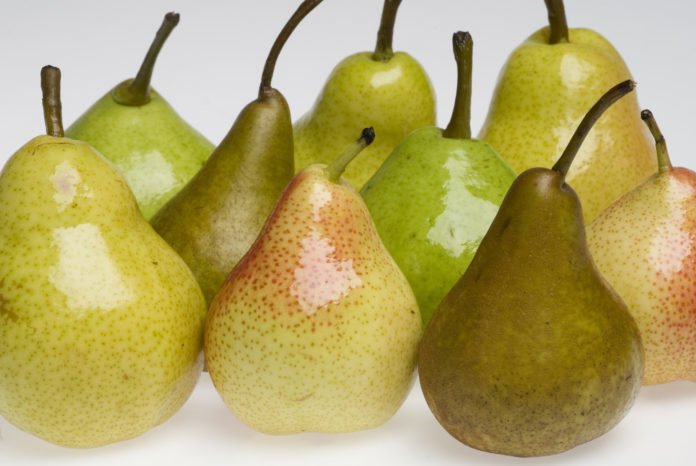 Pears are one of the most used fruits in the world. They do not just taste delicious, but also this type of fruit has many health benefits for all people. There are many varieties of this fruit. Pears are cultivated everywhere in the world but they are native to Asia, Europe and North Africa. This kind of fruit is narrowed in the top and it is wider at the bottom. But also there are varieties of pears which are shaped like an apple. Here are some health benefits of pears:

Low in calories: People are complaining about the natural sugar which is natural calorie in fruits. But if you are in this part of people, then you should not be worried because this kind of fruit is low in calories. If you want to eat pear, then you should know that this fruit has 100 calories in one pear. This means that 5% of the recommended daily calorie intake is in the pears. What is important is that this kind of calorie will be consumed in healthy way. Pears have fiber which is making you feel full. People who are trying to lose their weight should consume pears because they are giving them energy and also they are high in nutrients.

Cancer prevention: Pears are rich with anti-oxidant components which are known for their anti-cancer properties. When people are eating pears, then they are protecting themselves from a breast, lung, prostate, colon and rectum cancer. This property makes the pear one of the best fruits for cancer prevention.

Immune system health: Pears are also rich with Vitamin C. Vitamin C and the antioxidant compound are making the pears one of the best natural remedy for the keeping and boosting the health of the immune system. When Vitamin C is added in the body, then this vitamin is stimulating the production of the white blood cells and also it is stimulating their activity. If you have flu or cold, then you should use pears as your natural remedy because it is recommended by many famous doctors. It will help you to heal at the fastest way.

Antioxidant activity: We have mentioned that this fruit has many anti-oxidant components which are fighting against many diseases. These properties are fighting against the free radicals in the body which can be a reason for serious diseases such as cancer. When the free radicals are in the body, then they are mutating the DNA cells and are cause for serious damages in the body. Vitamin A, Vitamin C and flavonoid components (lutein, zea-xanthin and beta-carotene) are anti-oxidant components which are helping to body to get rid of all free radicals.

Improved circulation and red blood cell count: Pears are rich with iron and copper which are very important in the natural treatment of anemia. When the iron level is increased in the body, then the synthesis of the red blood cells is increased. When the copper level in the body is increased, then this element is increasing the uptake amount of the important minerals in the body. You can prevent some conditions such as anemia, muscle weakness, fatigue and cognitive malfunction by consuming pears.

Birth defects: Pears are also rich with folates. Many doctors are recommending the increased consummation of pears when women are pregnant because this element is preventing the defects in newborns. 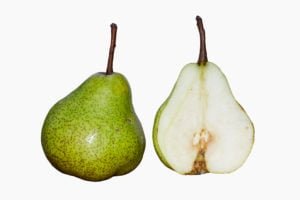 Bone health: People who want to prevent them from osteoporosis and other bone diseases should eat pears. This fruit is rich with copper, magnesium, phosphorous, calcium and manganese which are preventing from bone damages.

Digestion and intestinal health: When people are adding pears in their diet, then they are adding 18% of the required fiber intake amount which is keeping the healthy digestion. The fiber which is present in pears is non-soluble polysaccharide. This means that when pears are consumed in the body, then they are acting like bulking agents in the intestine. It is accumulating the food and makes to it to pass easier through the intestine. Also when you are consuming pears, you are increasing the secretion of digestive and gastric juices which are making food move smoother. Pears are also regulating the bowel movement and they are reducing the chances of diarrhea.

Inflammation reduction: If you have pain which is coming from inflammatory disease (such as gout and arthritis), then you should consume pears because they are rich in flavonoids and anti-oxidant properties.

These are some of the health benefits of pears.