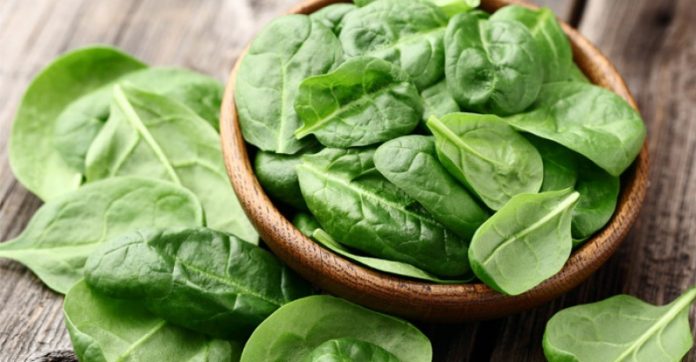 Spinach has many health benefits such as boost growth for infants, healthy fetal development, skin protection, anti – ulcerative and anti – cancerous benefits, bone mineralization, neurological benefits, heart attacks, atherosclerosis, cataracts, prevention of age – related macular degeneration (AMD), stronger muscles, healthy blood pressure and improved eyesight. This is a green and leafy vegetable which is cheap and affordable for all people. It is rich in phytonutrietns, pigments, vitamins and minerals. All of the mentioned components are making the spinach very important for many vital processes. It is recommended to consume spinach on a regular basis. This vegetable is part of the Aramanthaceae family. Its scientific name is Spinacia oleracea.

Protection source for infant growth: Infants are advised to be fed with spinach which is rich in phytonutrients, minerals, vitamins and protein. This will result in proportionate development in the essential growing stages of infants.

Anti – cancer properties: This vegetable is made up of many important constituents that are found to be promising in the treatment of many kinds of cancer. These include lung, liver, prostate and bladder cancer. There are different constituents in the spinach such as chlorophyllin, tocopherol and folate which act via different mechanisms to treat and protect people who suffer from cancer. There are some studies in which is said that the spinach is very effective against aggressive prostate cancer. This has been linked to epoxyxanthophylls that are unique carotenoids. They, along with violaxanthin and neoxanthin, directly reduce the timorous activity and the spread of cancer throughout the bodies.

Anti – inflammatory capacity: There are many anti – inflammatory components in the spinach which are classified in the category of methylenedioxyflavonol glucuronides. This vegetable is one of the most powerful vegetables which can reduce the inflammation throughout the body. It can protect your heart from dangerous inflammation and it will prevent cancer. Also it can reduce the inflammation and associated pain from conditions such as gout and arthritis which are affecting many people all around the world. 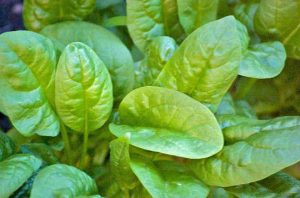 Fetal development: Spinach has folate which is needed by a growing fetus for his proper development of the nervous system. When there is a deficiency of folate, the can happen defects such as spina bifida or cleft palate. Spinach has Vitamin A which is recommended to be consumed in higher amounts by mothers. Also this vitamin is required in the lung development of the fetus as well and it can be transferred during the breast – feeding so this is a reason why spinach consumption should be continued after birth as well.

Skin protection: It is known fact that there are different pigments and phytonutrients which can protect our skin from the harmful rays of the sun in which UV rays are also included. These components in the spinach will protect you but also they will repair the damaged genes to some extent which will prevent skin cancer in the long run.

Anti – ulcerative: There are some studies in which is said that the spinach and other vegetables have the ability to protect the mucous membranes of our stomach which is reducing the chances of having gastric ulcers. Spinach has glycocyclerolipids which can boost the strength of the digestive tract lining which means they prevent any unwanted inflammation in this part of our bodies which can cause harm.

Proper metabolic activity: This vegetable is rich in protein and it is easily broken down by enzymes into amino acids which are essential to people. These re – formed mammal proteins aid in our muscle development and growth and the ability of our bodies to heal wounds. Also they provide a boost for our entire metabolism which is encouraging all of our organ systems to function at their optimal levels.