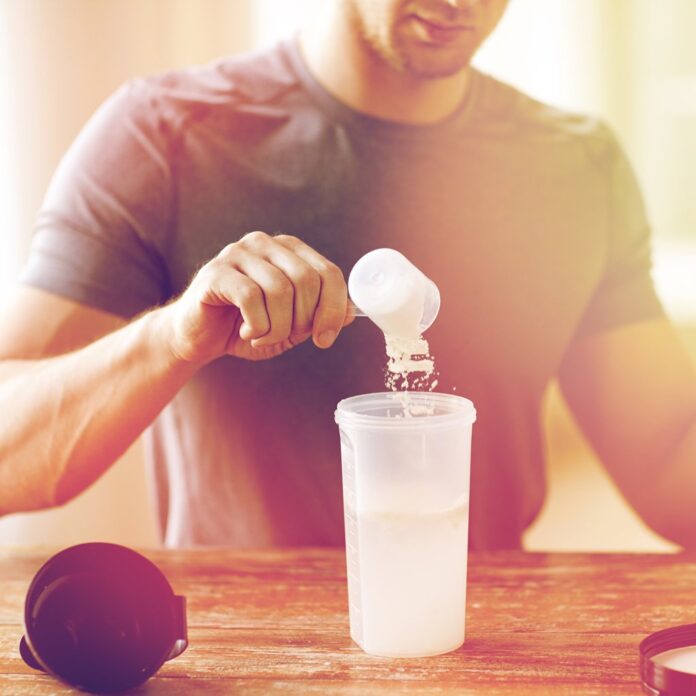 The casein protein is a slow – digesting dairy protein, which people often take as a supplement. This type of protein is releasing amino acids slowly, so people can take it before bed to help with recovery and reduce muscle breakdown while they sleep. There are many studies in which are shown that it can help to boost the muscle growth, along with a ton of other health benefits. 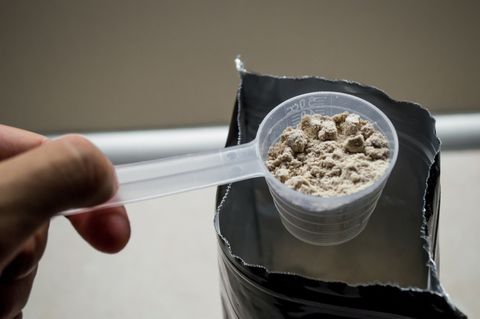 In one serving of casein protein shake (usually, it is 100 grams), you will get the next nutrition facts:

The percent daily values are based on a 2,000 calorie diet, so your values can change depending on your calorie needs.

Casein protein is derived from milk:

Like other animal proteins, casein protein is a complete protein source. This means, casein protein can provide all the essential amino acids that your body needs for growth and repair. Also, it has various unique proteins and bioactive compounds and some of them have health benefits. There are two main forms of casein protein:

In a 1.16 ounce (33 grams) scoop of standard casein protein powder, there are 24 grams of protein, 3 grams of carbs and 1 gram of fat. Also, the casein protein may contain various micronutrients, such as calcium, but the exact composition will depend on the brand.

Casein protein much longer to digest than whey:

The casein protein is well – known as a time release protein, due to its slow absorption rate in the gut. This means that the casein protein feeds your cells with amino acids at a low level over a long period of time. Casein protein can help your cells synthesize protein, even during times when your body might normally be breaking down its own muscles to feed itself, such as when you have not eaten for some time. This is a reason why casein protein is called anti – catabolic, and it can help to reduce the muscle breakdown.

In one study, was tested, digestion speed by providing participants with either a casein or whey protein shake. In this study was monitored the blood amino content, especially the key amino acid leucine, for seven hours after ingestion. They have found a quicker and larger spike from whey protein due to its rapid absorption rate. Despite the smaller initial peak, casein levels can stay more consistent over time. In another study, scientist have given participants either whey protein or casein protein, and they measured their digestion rate by analyzing levels of the amino acids, leucine, over a seven – hour period.

The casein protein has been used for decades by bodybuilders and athletes. Like other animal proteins, casein protein has all the essential amino acids, which your body is unable to produce naturally. The most important thing is that casein protein provides a high amount of leucine, which initiates muscle protein synthesis. When you consume a low or moderate amount of casein protein, then it can help to boost your muscle growth simply by increasing your protein intake.

In one study were compared people who took casein protein to two other groups. One group consumed whey protein and the other group did not consume protein. In this study, it was noticed that the casein protein group has experienced double the muscle growth and triple the fat loss compared to the placebo group. Also, the casein group has experienced more fat loss than the whey group. It can help to enhance the long – term muscle mass by reducing the protein breakdown.

This process is happening on a daily basis when your body is low on energy and amino acids. It is accelerated during the exercise or weight loss. For this reason, casein protein is often used at night to help to prevent the protein breakdown which may happen, since you go through a relatively long period without food while you sleep.

In another study, the casein protein shake, which has been taken before bedtime, helped strength – training men to increase the type 2 muscle fiber size by 8.4 cm2 in the supplement group, compared to the 4.8 cm2 in the training – only group. Also, they have found that the casein group has increased strength to a greater extent, or about 20% more than the training – only group.

Casein protein may have other impressive benefits for your health:

There are some preliminary studies in which are found that the casein protein can have other impressive benefits, such as

Does it have any harmful side effects:

There is a myth that the high protein intake can cause ill health, but this myth has been debunked many times. In direct studies and reviews have been highlighted that there are no negative effects in healthy people. The only exception is in people who have liver disease or kidney disease at the moment and who need to limit their protein intake. People, who take one to two scoops of casein protein per day, have fewer chances that they will get any noticeable side effects, let alone serious ones.

Also, some people are allergic to casein protein or intolerant to lactose, which is often found in small amounts in the casein protein. Also, other people may become bloated, or they can experience other digestive symptoms, but this depends on the person. Like whey protein, casein protein is safe for the human consumption. As we have said above, casein protein can have some impressive long – term benefits for your health.

How to supplement with casein protein and maximize the benefits:

Also, you can put casein protein and water in a shaker bottle and mix it that way, or in a blender with some ice. Also, you can put it in a bowl and stir it with water until it gets a pudding – like consistency and then, put it in the freezer for five minutes. Then, the casein protein tastes a little bit like ice cream or frosting, especially with flavor like vanilla or chocolate.

You can get plenty of casein protein from the natural dairy products. Cheese, natural yogurt and milk are very high in protein. You can eat cottage cheese or a high – protein natural yogurt, because they are some of the most popular ways of getting dairy protein without too many calories, so do not doubt to add them in your diet.