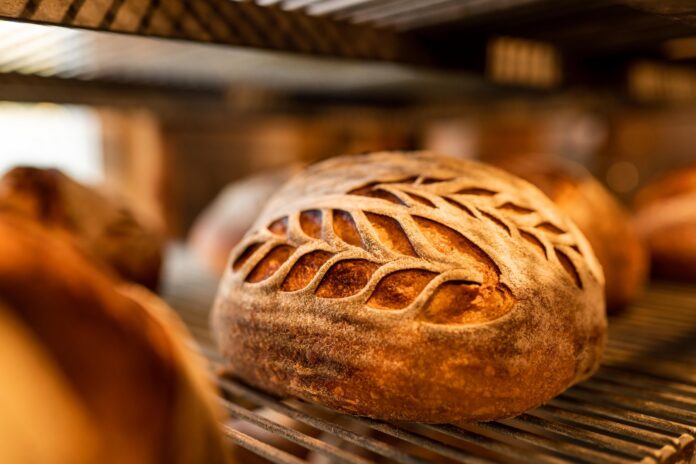 This type of bread is made via the fermentation of the dough. We know that fermentation is a chemical breakdown of a substance, by yeast, bacteria, or other microorganisms and typically involves effervescence. The real sourdough is made with a fermented sourdough starter, rather than with yeast. Also, it has a lower gluten content, lower pH, and lower antinutrient content than regular bread. Often, this type of bread is described as having more flavor and complexity and a better texture than yeasted bread.

The exact nutrition of sourdough bread will depend on the exact ingredients used and how it is prepared. Generally, sourdough has a decent amount of iron, niacin, manganese, thiamine, folate, selenium, fiber, fat, protein, carbohydrates, and calories. All you need to make sourdough is salt, water, and wheat flour. But, in some cases, people add other ingredients to sourdough, such as honey, garlic, rosemary, olive oil, apple cider vinegar, flaxseeds, spelled, etc.

The presence of yeast and bacteria spreads is what really makes this bread unique, but also it depends on how the bread starter is made. You should be careful when you buy sourdough bread from ordinary grocery stores because it can be fake sourdough bread. It is probably ordinary bread to which a dash of dried powdered sourdough starter has been added. You should buy it from health food stores, farmer markets, and artisanal bakeries. You can always make it at your home, so it will be the healthiest option for you.

Here are some health benefits of sourdough: 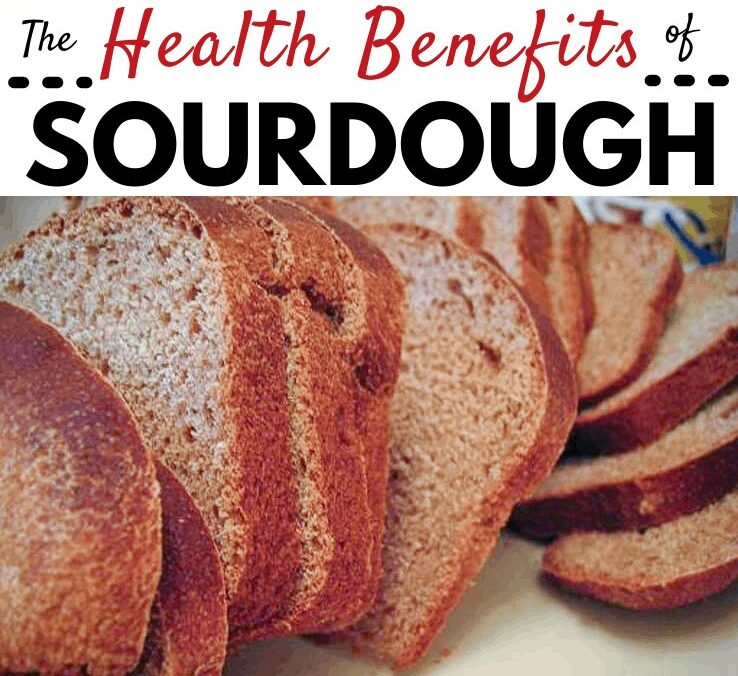 Can be a good source of fiber, nutrients, and protein:

The whole-grain sourdough is a high–fiber food. Also, it is a good source of essential nutrients, like iron, niacin, manganese, thiamine, folate, and selenium. It can be difficult for your body to absorb some of these nutrients from grains that have not been soaked, sprouted, or fermented.

Studies have shown that these nutrients are typically easier to absorb from sourdough due to the way it is prepared, as are the amino acids in sourdough which form proteins. It is very important to get these nutrients from your diet. They can support functions in your body, such as immune system activation, energy metabolism red blood cell production, and more.

Many studies are shown that whole grain sourdough bread has a lower glycemic index compared with other types of bread, especially highly processed bread that is made with white flour. Whole grain sourdoughs, which are made with whole wheat flour, rye, and other grains are recommended to people who are following the Mediterranean diet, due to their supply of filling dietary fiber. The sourdough bread is also good for weight loss.

It depends on how much you eat. But, it can help to fill you up and it is eaten as a part of a balanced diet. In some studies were found that sourdough bread tends to lead to higher fullness compared to other breeds. This may be possible due to its carbohydrate and protein digestibility and absorption.

It may be easier to digest due to less gluten or antinutrients:

People, who suffer from gluten sensitivity, know that sourdough bread is more digestible compared to commercial loaves made with processed wheat flour. The fermentation process is increasing the acidic conditions in sourdoughs. It helps to produce enzymes that partially break down proteins, including gluten. Also, this leads to lower overall gluten content and decreased levels of phytates or phytic acid and other antinutrients which can interfere with digestion and nutrient absorption.

Rich in vitamins, minerals, and antioxidants:

The whole grain flour is naturally rich in B vitamins, Vitamin E, and a range of minerals and antioxidants. These vitamins are stripped out when the flour is refined. This is a reason why white bread is so often artificially fortified. The sourdough has an advantage and that is a slow fermentation process that appears to improve the bioavailability of these important nutrients. This can increase their concentration and makes them easier for the body to absorb.