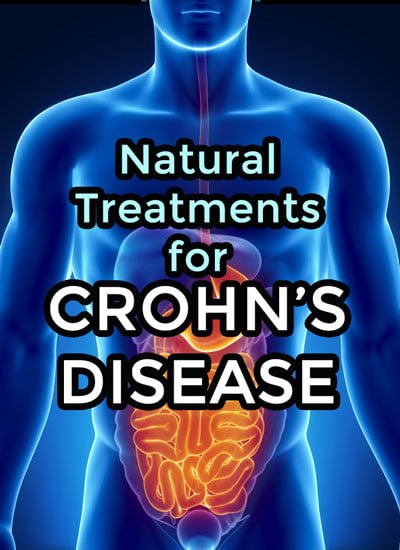 Talk with your doctor if you suffer from Crohn’s disease before you start using some of the mentioned home remedies for this disease. Crohn’s disease is IBD–Inflammatory bowel disease. It is also known as regional enteritis and Crohn’s syndrome. It can affect any part of the gastrointestinal tract, from the mouth to the anus. There were some studies in which is shown that this is affecting as many as 700.000 Americans in which are included both women and men.[1]

This condition can happen at any age, but it is more common among people who are 15 to 35. But also there are many cases which are reported that people between ages 60 – 80 also have Crohn’s disease. The exact cause of this condition is not known. But there are some studies in which is said that there are some factors that can contribute to the development of Crohn’s disease, such as environmental factors, intake of nonsteroidal anti-inflammatory medicines, previous infectious disease, excessive smoking, a weak or malfunctioning immune system, and heredity.[2]

Also, stress, nutritional deficiencies, and poor diet can lead to it. The symptoms of this condition can vary from person to person. There are some cases when people do not have symptoms or have very mild symptoms for long time periods. This process is known as remission.

Some people can go through periods when symptoms flare up and become particularly troublesome. During the flare-up, symptoms can include perianal disease, weight loss, loss of appetite, mouth sores, blood and mucus in the stool, vomiting, nausea, cramping, abdominal pain, low energy, a low–grade fever, and persistent diarrhea. Also, there can be other signs and symptoms, such as inflammation of the bile ducts, joints, eyes, and skin.

Also, delayed growth in children can be a sign of Crohn’s disease. There is no known cure for this condition, and no single treatment can work for every person. Home remedies and treatments are used to relieve symptoms, reduce inflammation and prevent the need for surgery whenever possible.

There are many herbalists which are recommending Boswellia as a natural treatment for Crohn’s disease. It has anti-inflammatory properties, which can help to reduce inflammation in the lining of the gastrointestinal or digestive tract.

There are some studies in which is shown that it can be a helpful home remedy in dealing with Crohn’s disease. But more studies should be done in the future on the link between Boswellia and Crohn’s disease. You can take 1,200 mg of Boswellia 3 times a day for a period of 8 weeks. Boswellia can interact with other supplements and drugs, and this is a reason why you should talk with your doctor before you start taking it.[3]

They are rich in nutrients which are important for people who suffer from Crohn’s disease. Also, they have antioxidants that can help to deal with the symptoms of this disease. You should cook a few carrots until they are tender and soft. You should add a little salt and eat ½ cup of carrot puree several times per day.

This is also a very effective home remedy for Crohn’s disease. It has curcumin which is an anti-inflammatory agent that can help to reduce the inflammation and swelling in your digestive tract. Also, turmeric can help to reduce any abscess on the small and large intestinal linings. You can take curcumin or turmeric supplements of 400–600 mg three times per day. The curcumin supplement can interact with blood–thinner drugs and diabetes drugs, so you need to talk with your doctor before you start taking it. Also, you can include turmeric powder in your daily cooking.[3] 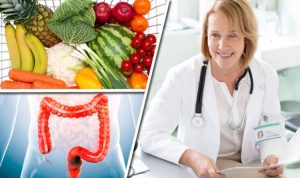 This home remedy has many health-promoting benefits for Crohn’s disease because it has antioxidant, anti-carcinogenic, and anti-inflammatory properties. Also, green tea has a positive impact on your immune system, and even it can reduce the risk of colon cancer. You should add one teaspoon of green tea leaves to one cup of hot water. You should cover it and steep it for 5 minutes. You should strain it, and then add honey to it and mix it well. You should drink this soothing tea at least 3 times per day.[6]

This is an essential food for many people who suffer from Crohn’s disease. We know that probiotics are live bacteria that are similar to good bacteria that normally reside in our intestines. They can help to restore the state of good bacteria in your digestive tract, which in turn can enhance the digestion, absorption, and processing of foods through the intestinal tract. It is recommended for people who suffer from Crohn’s disease to take probiotic supplements which have L. Bifidus and L. acidophilus organisms which can promote digestive health. You should talk with your doctor about the proper dosage of probiotic supplements.[7]

This type of oil is also recommended as a natural treatment for people who suffer from Crohn’s disease. It is rich in 2 Omega–3 fatty acids–DHA and EPA. These fatty acids have anti-inflammatory properties, which can help to reduce the inflammation in the intestinal mucosa. Also, cod liver oil has Vitamin A and Vitamin D, which are very important for people who suffer from Crohn’s disease. You should take one to two teaspoons of cod liver oil on a daily basis. Also, there is another option, and that is to take cod liver oil capsules. Consult with your doctor before you start taking this supplement.[8]

This home remedy can help to manage some of the symptoms of Crohn’s disease because it has antioxidant and anti-inflammatory properties. It can reduce the inflammation in your intestines. Also, it can help in the digestion process. You should add ½ teaspoon of freshly grated ginger to one cup of hot water. Cover it and let it steep for ten minutes. You should strain it, add some honey and drink this tea. You should repeat this natural treatment 2 or 3 times per day until you notice improvements in your condition. Also, you can take ginger supplements after you have talked with your doctor.[9]

It is known that people, who suffer from Crohn’s disease, often have low levels of Vitamin D. There was one study done in 2010 in which was suggested that Vitamin D deficiency is the leading cause of Crohn’s disease.[10]

Experts are believing that Vitamin D can play an important role in regulating the immune response, and also, it can relieve inflammation and ease the symptoms of Crohn’s disease. Sun is the best source of Vitamin D, and it can activate the production of Vitamin D by the body. You should try to expose your body to early morning sunrays. Also, you should eat foods that are rich in Vitamin D, such as fortified milk, cod, salmon, sardines, shrimp, egg yolks, and beef liver. Also, you can take 800 IU of Vitamin D supplements on a daily basis. You need to talk with your doctor before you start taking this supplement.

[4] Watts CR, Rousseau B. Slippery elm, its biochemistry, and use as a complementary and alternative treatment for laryngeal irritation. 2012;1(1):17-23.