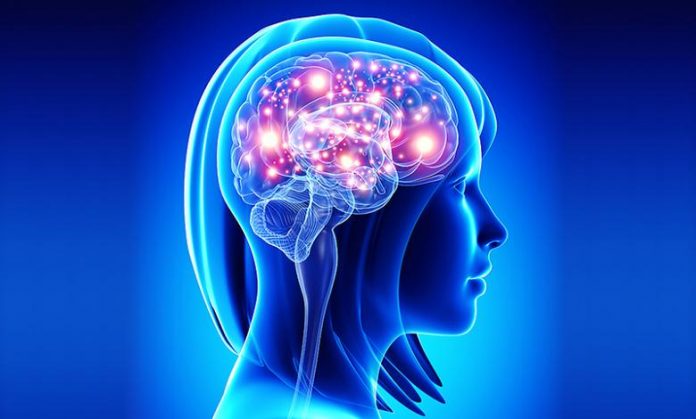 This is a chronic and degenerative neurological disorder which is affecting older people most often. Parkinson’s disease is affecting men more than women. There are some studies in which is said that Parkinson’s disease is caused by a combination of environmental and genetic factors. The most common symptoms of Parkinson’s disease are difficulty walking, poor balance, muscle stiffness, and tremors. [1] Also, there are other symptoms of Parkinson’s disease that can affect the mood and other behaviors, such as sexual dysfunction; voice changes; skin problems; trouble sleeping; digestive issues, including constipation; trouble speaking or eating normally; urinary problems; depression and fatigue. [2] The symptoms of this disorder can vary from person to person. As we have said earlier, this is a chronic disease which means that the symptoms persist over a long period of time and it progresses with age. Hormonal imbalances and other medical conditions can affect your cognitive health and they can increase the inflammation. An unhealthy lifestyle, food allergies, nutrient deficiencies, and poor diet can increase the risk of Parkinson’s disease. [3] You need to talk with your doctor if you suffer from Parkinson’s disease before you start using some of the below-mentioned home remedies for this disease.

This natural cure can help in the management of symptoms of Parkinson’s disease that are related to balance, movement, and muscle control by regulating dopamine levels. Also, it can fight against free radicals, lower inflammation, and enhance the antioxidant activity in the body. [3,4] The recommended dosage is 300 – 1200 mg of ashwagandha extract or one to two tablespoons of ashwagandha powder and you should take them two times per day with meals. You can take this dosage for short–term and long–term usage. Also, you can make a mild decoction with ashwagandha powder or mix it with honey, ghee, buttermilk, or milk. Also, you can find ashwagandha as capsules. Talk with your doctor before you start taking ashwagandha.

Depression is one of the symptoms of Parkinson’s disease. The natural treatment of this disease is also involving managing depression [5,6]. In most cases, antidepressants will make you sleepy and you will not be able to do your everyday activities. St. John’s wort can help in the treatment of mild – to – moderate depression. If you have severe depression that is associated with Parkinson’s disease, then you will need medical help. This natural cure is commonly used as a natural remedy across European nations. The recommended dosage for St. John’s wort is about 300 mg, three times per day. You need to ask your doctor for the proper dosage for you before you start taking this supplement. It is known that St. John’s wort can interfere with other medical treatments and you should not take it with other antidepressants.

You can use this vitamin as an antioxidant to prevent free radical damage. Also, this vitamin can support strong immune function. It is recommended to take 750 mg of Vitamin C, 4 times per day.

If you want to maintain bone health, then you should be sure that your diet is including a lot of calcium and Vitamin D. Those people who are over the age of 50 should consume 1500 mg of calcium along with at least 800 IU of Vitamin D. They can get the Vitamin D from supplements, foods, and sun.

It is a known fact that cocoa extracts can help in the regulation of dopamine levels in people who suffer from Parkinson’s disease. It has flavonol which together with other substances (such as caffeine) are having a neuroprotective effect on Parkinson’s disease as well as Alzheimer’s disease. [7,8] 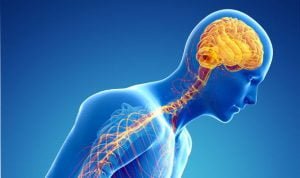 This natural cure is rich in L – dopa. If you suffer from Parkinson’s disease and you eat these beans on regular basis, then they can improve your motor movements, especially if this disease is in the beginning stages. The whole plant is nutritious but the pod is the most effective source of L – dopa. [9,10] If you use broad beans in excess amounts, then they can cause stomach upset or allergies. You need to talk with your doctor about the proper dosages before you start taking them as your natural treatment for Parkinson’s disease.

Omega – 3 fatty acids which are part of the fish oil are very beneficial for our health. Also, they can treat Parkinson’s disease. When you use fish oil on regular basis, then it can prevent neuronal cell death and it can help with Parkinson’s disease. The Omega – 3 fatty acids in it have antioxidant properties which can reduce oxidative stress and fight against Parkinson’s disease. There are many studies which are shown that fish oil can combat depression without the help of antidepressants. Before you start taking fish oil you need to talk with your doctor because the type of food and medicines which you take should be considered in the treatment of this disease. [11,12]

This natural cure has a super antioxidant effect that will reduce the DNA fragmentation in the brain. Also, it is able to cross into the brain and protect the brain cells from free radical damage.

This is an herb that is commonly grown in East Asia and across the United States of America. The scientific name of Brahmi is Bacopa monnieri. It is used in traditional medicine for cognitive enhancement, to improve memory, and reduce anxiety. You can use the Brahmi as a natural treatment for Parkinson’s disease because it is reducing cell death and targeting dopamine deficiency. [13] You need to talk with your doctor about the correct dosage of Brahmi because it can cause gastric upset if you are particularly sensitive to this herb or if you take it in high doses.

This is an important antioxidant that supports the brain. You should take 400 IU daily of this vitamin.

This is a non–essential amino acid that can help your brain to control anxiety and stress by lowering cortisol. This is a potent brain nutrient that can fight against brain inflammation. It has a calming effect and it can induce sleep. [14]

This is also a non–essential amino acid that is used to manufacture certain hormones and neurotransmitters, including thyroxine, epinephrine, norepinephrine, and dopamine. Our brain needs the mentioned neurotransmitters because they can help you cope with stress, decrease pain sensitivity, sharpen the senses, make new memories, be alert and help you to focus and concentrate. [15]

The scientific name of the velvet bean is Mucuna pruriens. This is a type of legume which is grown mostly in parts of Asia and Africa. This natural cure is commonly used in Ayurvedic medicine as an L – dopa alternative. [16] When you consume the velvet bean on regular basis, then it can reduce Parkinson’s disease by regulating mood swings and increasing dopamine content in the brain. This herb has fewer side effects and this is what your body needs. You should take 300 gm of velvet beans per day in any form because they can help you to manage the long–term effects of Parkinson’s disease.

You can use olive oil as a salad dressing because it can provide essential Vitamin E and this vitamin is acting as an antioxidant. Also, you can include palm oil and coconut oil in your diet because they have anti-inflammatory properties.

This type of tea can help you in the fight against Parkinson’s disease. It has polyphenols that can protect the dopamine neurons. You should try drinking three cups of green tea on daily basis to get the most benefits.

[2] Soundy A, Stubbs B, Roskell C. The experience of Parkinson’s disease: A systematic review and meta-ethnography. The Scientific World Journal. 2014;613592.

[8] Nehlig A. The neuroprotective effects of cocoa flavanol and its influence on cognitive performance. British Journal of Clinical Pharmacology. 2013;75(3):716-27.