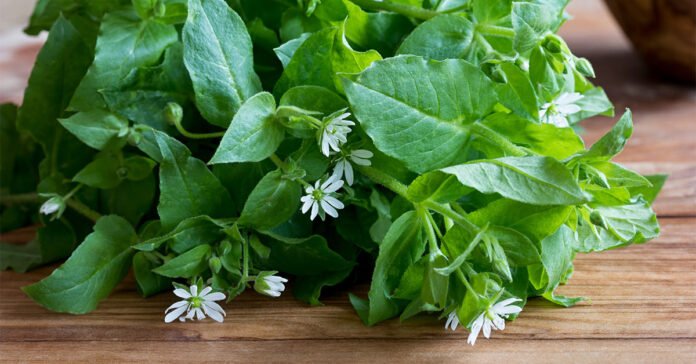 The chickweed is a very common weed in gardens, but in fact, it has a lot of health benefits. The chickweed is also known as snow in the summer, due to its small white star – shaped flowers, which usually bloom in the spring and last until autumn. This plant is usually overlooked and it is ignored within the gardening world, due to its notoriety as a weed. Many people think about finding a way for preventing the chickweed from spreading, while others opt to remove this plant from their gardens entirely, because they think it is nothing more than a nuisance.

It is believed that the chickweed is originated from Europe and Asia, but nowadays, it grows in Australia, North America and other countries. The chickweed has oval and mildly succulent leaves, which exude a fresh and grassy taste when eaten. The chickweed can grow in any position and in any soil type. It has been observed to better thrive in areas that are exposed to sunlight. It can be used as a decoction, as infused oil, as a compress and as a poultice.

The excessive amounts of chickweed can lead to diarrhea, vomiting and nausea, so it is ideal to consume it in moderation. If you are a pregnant or breasfeeding woman, then you should avoid adding chickweed in your diet. There are not enough studies to approve the safety of this plant in this group. Here are some health benefits of chickweed:

There are some studies in which are shown that it can help to promote the wound healing and ease infections, due to its antifungal and antiseptic properties. 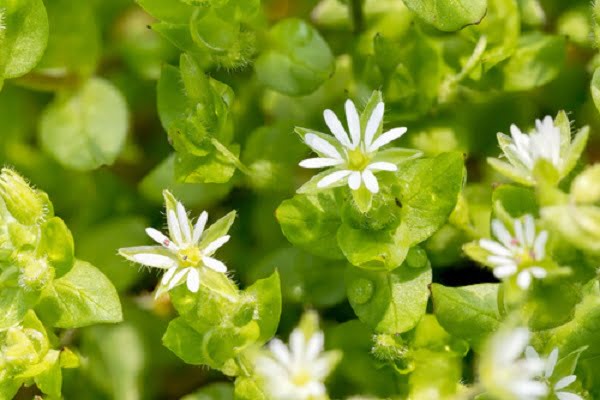 Those people who are affected by the rheumatoid arthritis can use it to help ease the inflammation in their joints and give you a relief from the pain cause by this condition. Also, the chickweed poultices can be used in relieving conjunctivitis and eye inflammation.

Functions as an expectorant

It has been shown that the chickweed has the ability to soothe the bronchial tubes and the lungs to help expel phlegm or mucus. This is possible due to the saponin in chickweed. This component can facilitate the breakup of secretions from the membranes.

Aids in digestion and weight management

It functions as a diuretic and mild laxative. It can help to rid the body of toxic substances. In the traditional Indian medicine, it has been used as prevention for obesity. Also, there are some studies in which are shown that the intake of chickweed has positive effects on food consumption behavior, body weight and adiposity index in mice.

Helps in the treatment of cough, cold and flu

It has saponins, that are plant compounds and they have the ability to alleviate the inflamed mucous membranes and facilitate the breakup of secretions from the membranes. Also, it acts as expectorant and demulcent, which means that it can help to clear mucous and ease congestion in the lungs. It is rich in many nutrients, including Vitamin C and antioxidants. It can give you a relief from the inflammation in your nose, sinuses and the respiratory tract and this can help to eliminate the underlying cause of infection.

This natural cure is known as a skin rejuvenator in the world of contemporary herbalism. Also, it has drying and cooling effect on minor burns, wounds and bites. It is an astringent, which means that it can draw out splinters and help to heal the wound left behind. It has antifungal, antiseptic and anti – inflammatory properties, so the infusion of it can be used to treat number of skin conditions, including psoriasis, eczema, wounds, rashes, sores and boils. It can give you a relief from the inflammation and itching which accompany many of these conditions.

In the traditional medicine, the chickweed is used to soothe the consumption in the human body. Constipation is happening due to the insufficient bowel movement. It has good amounts of fiber, so you should add it in your diet.