Indian borage is a sprawling and somewhat succulent attractive and aromatic evergreen herb which grows about 1 meter tall and it is even taller in width in wild. The Indian borage is also known as Mexican mint, Cuban oregano, country borage, French thyme, Mexican mint, etc. Indian borage grows in woodland or coastal bush, on rocky slopes and loamy or sandy flats, roadsides, waste places and river banks.

Health benefits of the Indian borage 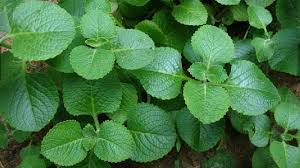 You can use the Indian borage as a home remedy for improving your eye sight. Indian borage has a Vitamin A which can help to reduce the oxidative stress in the eyes and it can prevent the macular degeneration.

The Indian borage has Omega – 6 fatty acids in its leaves which can help to reduce the arthritis. Also, it is recommended to athletes the consumption of Indian borage leaves because it can help them to prevent the osteoporosis.

Women should know that the Indian borage has the ability to reduce menstrual pain, headaches and delivery pains. In India and some parts of the Indonesia the Indian borage is given to lactating mothers to increase the milk flow.

It is known fact that this borage is acting as a quite effective diuretic which means that it can help the body to stay clean from toxins by stimulating the urination. This can help to reduce the amount of excess salt, fat and water in the body and it will keep the kidneys and lymphatic system functioning smoothly.

There are some studies in which are shown that the stem of Indian borage is rich in antioxidants which have the ability to fight against free radicals. The extract of the Indian borage can inhibit proliferation of cancer cells. Also, it has displayed the potential for anti – platelet accumulation ability.

The Indian borage is used as an effective skin treatment for many years. It can help in the treatment of bug bites, stings, eczema and psoriasis. It has anti – inflammatory properties which can reduce the redness and swelling, while it can eliminate the irritation and itchiness.

Reduces stress and anxiety: This borage has organic compounds and minerals which are mildly sedative in nature. This is a reason why the borage can be made into tea and should be consumed by people who suffer from high anxiety or chronic stress. It can encourage the relaxation. It will give you a peace. You will have a healthy and restful sleep.

Treats fever: If you suffer from cold or flu, then you know that fever is one of the most common symptoms. This borage is a sudorific which means that it motivates sweating which can help to clear the body from toxins through the skin and it can speed the recovery process.