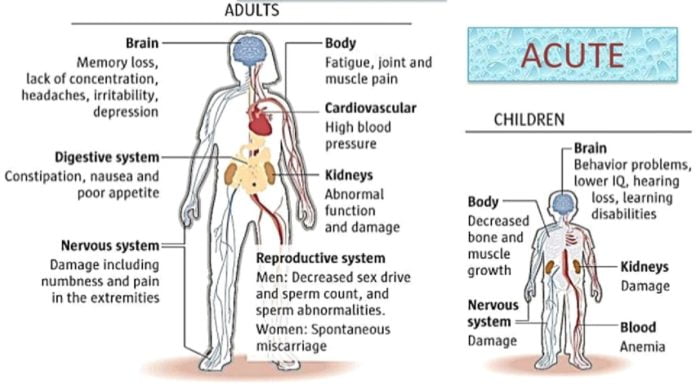 It is known that heavy metals are elements which are naturally found in the earth. These heavy metals are used in many modern – day applications, such as industry, medicine and agriculture. Also, the body naturally contains some of them. Copper, iron and zinc are necessary for the regular body function, as long as they are not present in toxic amounts.

The heavy metal poisoning is happening when the body’s soft tissues absorb too much of a particular metal. Arsenic, cadmium, lead and mercury are the most common metals which the human body can absorb in toxic amounts. You might be exposed to high concentrations of these minerals from the water pollution, air or food, as well as medicine and food containers with improper coating, industrial exposure or lead – based paint. There are some studies in which are noticed that in the United States of America, the heavy metal poisoning is very rare.

It only happens when you have been exposed to a significant amount of heavy metals, usually over a long period of time. The popularity of over – the – counter products which claim to detoxify the body of heavy metals can make it seem more common than it is. 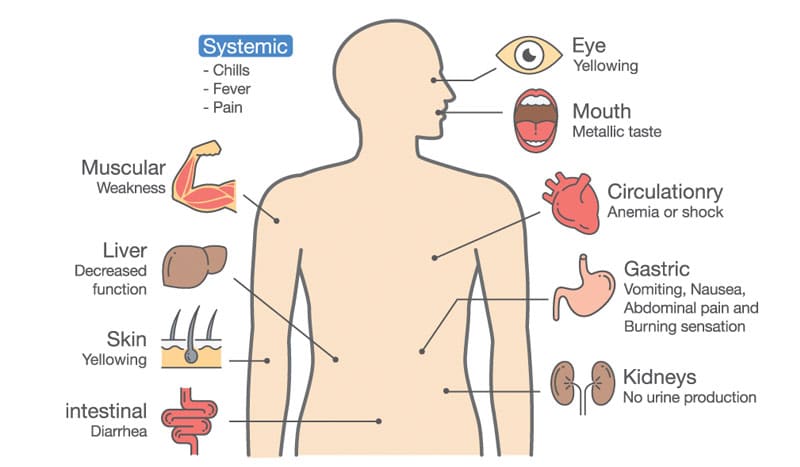 The symptoms of the heavy metal poisoning depend on the type of metal which is involved.

The most common symptoms across several types of heavy metal poisoning include:

It is noticed that children who have heavy metal poisoning may have weakened bones or unusually formed bones. Also, pregnant women can have deliver prematurely or a miscarriage.

There are certain types of heavy metals which can cause additional symptoms. Here are some symptoms which are linked to some of the most common types:

The symptoms which are caused by lead poisoning are next:

The symptoms of arsenic poisoning include:

Here are the most common symptoms of the cadmium poisoning:

You can get arsenic poisoning through:

You can get cadmium poisoning through:

You can get lead poisoning through:

You can get mercury poisoning through: