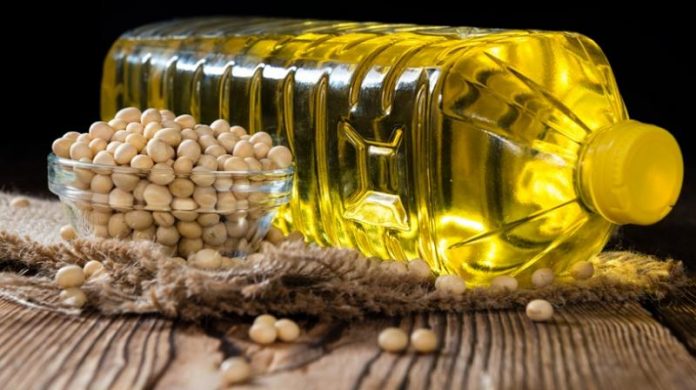 Soybean oil has many health benefits such as boosting eye and skin health, improve growth, prevent osteoporosis, reduce cognitive disorders such as Alzheimer’s disease, improve your immune system, lower your cholesterol and it has ability to manage your heart health. Soybean oil is a type of vegetable oil. It is extracted from soybeans. The scientific name of soybeans is Glycine max. This is one of the most used vegetable oils in the world. This is possibly happening because soybeans are the most widely cultivated and utilized plants, particularly in the recent years. Soybeans are native to East Asia. They are considered as legumes. It is highly prized for its edible legume and this is one of the sources from which we can extract the soybean oil. In the most cases, soybean oil is refined, blended and in some cases hydrogenated. Then, this oil can be graded into different strengths and levels of soybean oil which depends on the desired application. This type of oil is considered healthier than most other vegetable oils because it has a good variety of essential fatty acids which our bodies need to remain healthy.

Antioxidant potential: Soybean oil is rich in Vitamin E which acts as a powerful antioxidant. It will protect your skin from the damage which is caused by free radicals. This vitamin is directly associated with stimulating the re-growth of new skin cells to promote healing, protecting the skin against sunburn, reducing acne scarring and improving the appearance of blemishes. This vitamin is also associated with the general antioxidant activity in the rest of your body which is boosting your immune system and also it helps to eliminate free radicals which can cause some diseases such as heart diseases, cognitive disorders, premature aging and cancer.

Bone health: Soybean oil has Vitamin K. One important function of this vitamin is the osteotrophic potential. This property means that it can stimulate the re – growth or it can increase the healing of bone. Soybean oil has Vitamin K and calcium which can stimulate the bone development in a positive way so you should be sure to switch to soybean oil to prevent some conditions such as osteoporosis. This is often a natural result of the aging process. 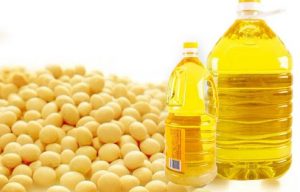 
Cognitive impact: Million people all around the world are affected by Alzheimer’s disease. This disease result in the cognitive deterioration of a person’s brain and his neural connection fail and die, which is making everything from remembering the past to performing simple tasks a challenge. This oil is rich in Vitamin K which is connected with the improving the symptoms of Alzheimer’s disease and in some cases it can reverse the effects of this condition. Vitamin K is acting as antioxidant against free radicals and it is keeping your body from the damage of the free radicals.

Eye and skin health: Soybean oil has Omega – 3 fatty acids which are taking 7% of the total fatty acid content. They are integral to protect our cardiovascular system in the role of scraping our bad cholesterol but also it can protect our cells membranes. This induces very dangerous and fragile areas of your skin and eyes which are the entrance points for bacteria and other foreign materials. Omega – 3 fatty acids promote healthier vision because they act as antioxidants and they are neutralizing the free radicals which can lead to cataracts and macular degeneration.

Cholesterol control: Soybean oil has a good balance of fatty acids which means that your body will get the important and necessary fatty acids in your diet in which are also included those who regulate your cholesterol levels. Omega – 3 fatty acids can reduce the dangerous cholesterol levels in your body and also they can counteract the negative types. Also this oil has other fatty acids such as oleic acid, palmitic acid and stearic acid which are found in balanced qualities. The soybean oil can decrease your chances of getting atherosclerosis and other heart conditions such as strokes and heart attacks.