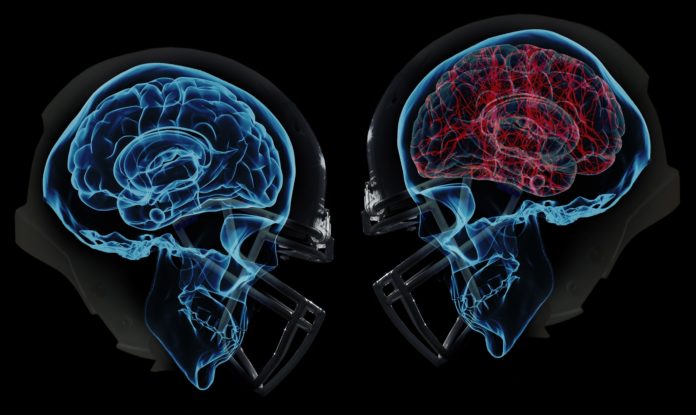 This is a brain degeneration which is caused by repeated head traumas. The diagnosis of this condition is made by autopsy by studying other conditions of the brain. It is a very rare condition and it is most commonly found among people who play contact sports, such as football. The most common symptoms of CTE are depression or apathy; impulsive behavior; difficulty thinking; short – term memory loss; suicidal thoughts or behavior; substance abuse, emotional instability and difficulty planning and carrying out tasks.

Also, there are other symptoms for which doctors suspect that people have CTE and they are dementia; trouble with sense of smell; vision and focusing problems; trouble swallowing; motor impairment, such as rigidity, weakness, loss of muscle movement, tremor, difficulty walking; speech and language difficulties; aggression; irritability. Athletes have the highest risk of getting CTE. Also, CTE was found in people who have epilepsy that is not well – controlled; people who have been physically abused and people who repeatedly bang their heads.

This is a very controversial condition which is not well – understood. Doctors do not know the frequency of CTE in the population and they do not understand the cause for CTE. There is no cure for CTE but the remedies can help to ease the symptoms. You need to talk with your doctor if you suffer from CTE before you start using some of the below mentioned home remedies for this condition. Here are some home remedies for CTE:

Get enough sleep in case of CTE

Many athletes are affected by CTE. Doctors are recommending high – quality sleep to improve the brain health. There are some studies in which are shown that the deep sleep can support the blood – brain barrier, increase the growth of new brain cells, promote the regeneration of myelin, reduce cortisol levels and slow down the cognitive decline. This is a reason why it is very important to get good seven hours of sleep. Many people use to sleep a few hours which can contribute to their poor mental health. [1]

It is known that behavior is often worse at night. This is a reason why you should establish calming bedtime rituals. You should expose your eyes to sun in the morning. You should keep a regular sleeping schedule and go to bed at the same time every night. You should not eat anything for three hours before you go to bed. You can eat just raw honey, MCT oil or bone broth because they are easy to digest and they can support your sleep.

You should avoid stimulating movies and TV before you go to bed. You should avoid caffeine in the afternoon. In the most cases, people should completely avoid coffee after 2 pm. Some people cut it out even earlier so this can help them to have a good night sleep. It is known that the blue light can suppress your body’s production of melatonin which is leading to disrupted sleeping patterns and abnormal functioning of the nervous system. When it is dark outside, then you should avoid sources of blue light.

You should turn off household lights, wear blue blocking glasses, install f.lux on your computer and get red lights bulbs. You should sleep in dark environment. You should completely black out your room with curtains or you can wear a sleep mask overnight. If you sleep with lights on in your room, then it decreases neurogenesis and it impairs cognitive performance.

This is a fatty acid that is created in the body. It is playing an important role in the mitochondrial energy metabolism. When it is taken in supplement form, then it is potent antioxidant compound which can reduce the oxidative stress and inflammation which can contribute to the neurological decline. Also, this home remedy can help to regulate the blood sugar levels which are very important for the healthy brain function. [2]

Doctors are recommending to athletes to eliminate alcohol. It is a neurotoxin and it wreaks havoc on the brain by increasing inflammation and oxidative stress, disrupting the blood – brain barrier and raising cortisol levels. You should avoid alcohol completely or significantly reduce your consumption if you are trying to heal from some kind of brain damage, including CTE. Also, doctors are recommending to sportiest to eliminate drugs, including cigarettes. [3]

Exercise regularly in case of CTE

Many players are constantly exercising but they are still overweight or obese. There are some studies in which are noticed that 48% of players are obese or overweight [4]. This is a reason why doctors are encouraging athletes to eat healthier and exercise regularly in order to lose weight. You should find an aerobic activity in which you will enjoy. You can lift heavy weights 1 – 4 times per week. You can do high – intensity interval sprinting one to two times per week. You should walk as much as you can. Ideally, it is to walk 30 – 60 minutes every day. You should run twenty to thirty minutes before you lift weights.

Get enough vitamins and minerals

There are some studies in which are shown that supplementing with a high – dose Vitamin B complex, Vitamin C and minerals can increase cognitive performance, improve mental health and reduce stress [5]. Also, doctors are recommending to their patients to take multivitamins on daily basis. You can take Vitamin B complex and Vitamin C but you need to talk with your doctor about the recommended dosage.

You should play games, crossword puzzles and other activities which are using thinking skills because they can slow the mental decline.

When you are reducing distracting noise and clutter, then it can be easier for you to focus and function, especially if you have dementia. Also, this can reduce the frustration and confusion.

There are some studies in which are shown that the ginkgo biloba can help to increase the blood flow in the brain in football players [6]. This natural cure is used in the traditional Chinese medicine for thousands of years as a natural treatment for many health problems. It is most commonly used to improve the brain health because it can help to increase the attention, memory and cognitive function in both healthy and unhealthy individuals.

It is very important to break your tasks into easier steps and focus on steps and not on failure. You should create structure and routine during the day because this can help you to reduce confusion.

This is fat – soluble vitamin which our skin synthesizes when it is exposed to the sun. Every tissue in our bodies has Vitamin D receptors, including the brain, so a Vitamin D deficiency can lead to many psychological and physiological consequences, including cognitive impairment. The normal levels of this vitamin are between 30 and 100 ng/mL. Doctors are recommending to athletes to take between 50 and 100 ng/mL because the optimal Vitamin D levels can improve the mood and reduce the inflammation. Also, doctors are recommending to players to take more sunlight or take a Vitamin D3 supplements so in this way, they can boost the Vitamin D in their bodies.

This vitamin is powerful antioxidant and it is very important for the brain health. There are some studies in which are said that Vitamin E supplementation can reduce the nerve damage and improves cognitive performance following repetitive and concussive brain injury. [7]

[1] Quan SF. Are sleep disturbances a risk for chronic traumatic encephalopathy? Only the shadow knows. Journal of Clinical Sleep Medicine. 2014;10(3):241–2.

[5] Kennedy DO, Veasey R, Watson A, et al. Effects of high-dose B Vitamin complex with Vitamin C and minerals on subjective mood and performance in healthy males. Psychopharmacology (Berl). 2010;211(1):55-68.