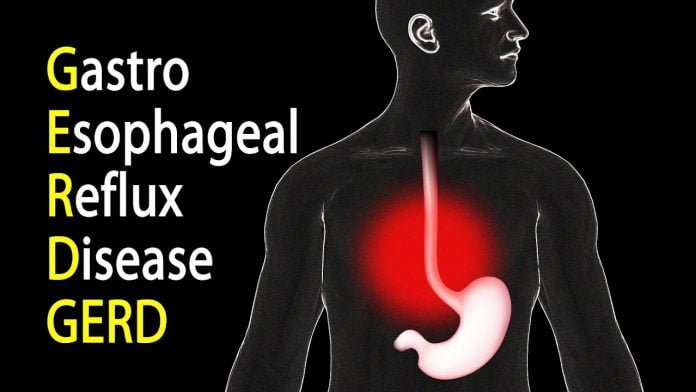 There are many people all around the world who are experiencing GERD. This is a long – term condition. GERD (gastroesophageal reflux disease) happens when the stomach acid frequently flows back into the tube connecting the mouth and esophagus (stomach). This acid reflux (backwash) can irritate the lining of the esophagus. There are many people which experience acid reflux from time to time [1]. The GERD is a mild acid reflux which happens at least two times per week or moderate to severe acid reflux which happens at least once per week. Most people can manage the discomfort of GERD with over – the – counter medications and lifestyle changes. There are some people who have GERD may need stronger medications or surgery to ease their symptoms. In many cases, people occasionally experience GERD. It is very important to reduce stress, quit smoking and maintain a healthy weight because they can help you to reduce your risk of GERD.

Here are the most common signs and symptoms of GERD [2]

It is known that the heartburn is the main symptoms of GERD. This is the discomfort which is felt behind the breastbone as a burning sensation. The heartburn tends to get worse when the person bends over or lies down and after eating food. 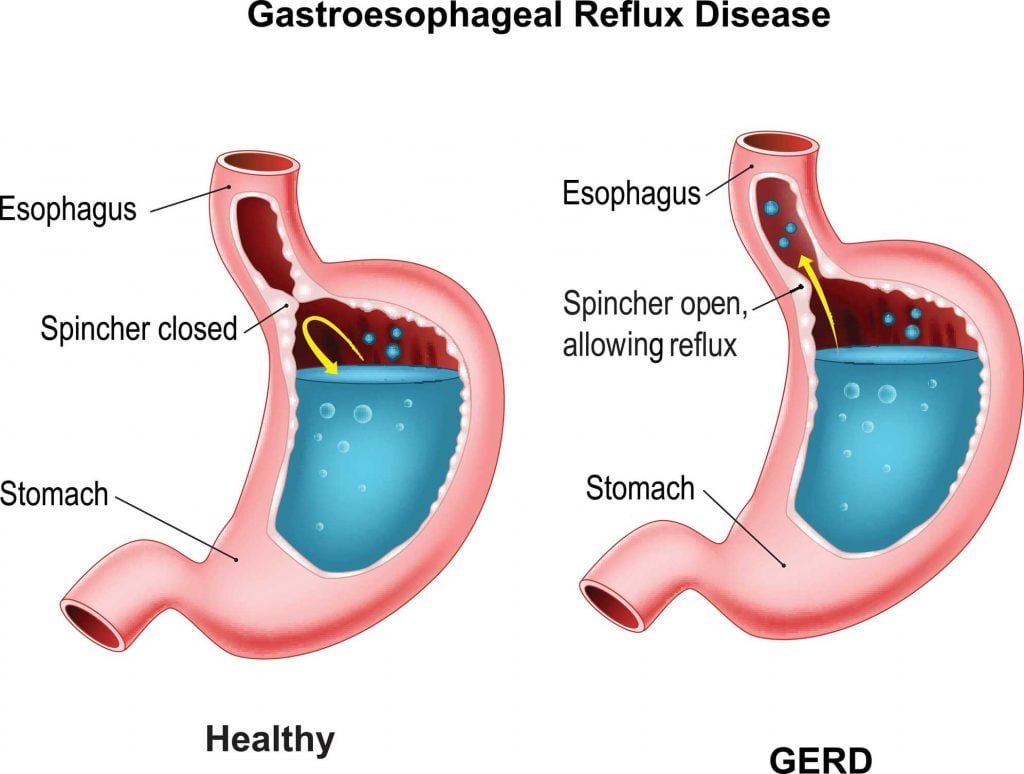 The frequent acid reflux is a cause for the GERD. When you ingest, then the circular ring of muscle around the bottom of esophagus (known as lower esophageal sphincter) relaxes to allow the food and liquid to flow into your stomach and then your sphincter closes again. If your sphincter weakens or relax abnormally, then the stomach acid flow back into the esophagus. This constant backwash of the acid is irritating the lining of the esophagus which is causing it to become inflamed.

Here are some conditions which can increase your risk of getting GERD:

There are some cases when the chronic inflammation in the esophagus can cause:

Precancerous changes to the esophagus (Barret’s esophagus) The damage which is caused from the acid can cause changes in the tissue lining the lower esophagus. These changes are increasing your risk of getting esophageal cancer.

Esophagitis This term is used to describe the inflammation of the esophagus.

Respiratory problems It is known fact that it is possible to breathe stomach acid into the lungs which can cause many different problems, such as pneumonia, laryngitis, asthma, hoarseness and chest congestion.

Narrowing of the esophagus (esophageal structure) The damage which is caused to the lower esophagus from the stomach acids is causing formation of scar tissue. This scar tissue is narrowing the food pathway which is leading to problems with the swallowing.