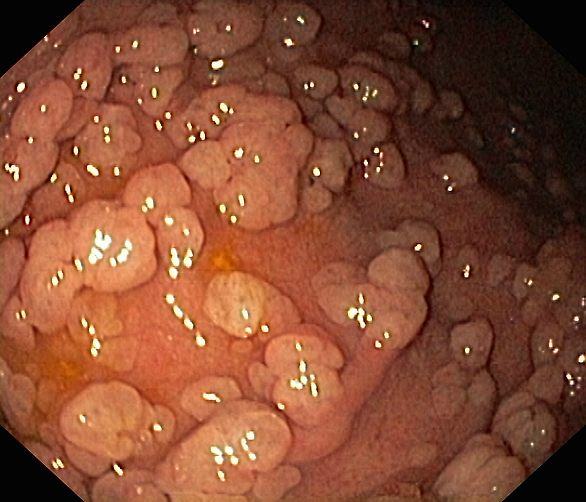 This kind of condition is also known as gastric polyps. When you have stomach polyps, then on the lining inside of your stomach there are masses of cells. These polyps are not common in people and in the most cases they do not have any kind of symptom. When your doctor is making a test for other condition, then are the biggest chances that he or she will notice that you have polyps in your stomach. In the most cases when you suffer from stomach polyps, then this kind of disease is not cancerous. But also there are some types of stomach polyps which can increase the risk of getting cancer in the near future. The treatment of the stomach polyps depends on which type of stomach polyp you have. In some cases there is a need to remove the polyp from your body while in other cases there is not need for surgery. You doctor just will monitor your condition.

When we suffer from stomach polyps, then in the most cases we do not feel any kind of symptom. But when this kind of disease is starting to enlarge, then can be ulcers (open sores) on the surface of the stomach. There are small cases when stomach polyp has blocked the opening between your small intestine and your stomach. Here are some signs and symptoms of the stomach polyps:

If you have noticed that you have some of the mentioned symptoms or you have persistent blood in your stool, then you should talk with your doctor. 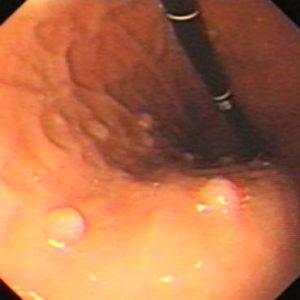 When you have damage in your stomach lining, then you can get stomach polyps. Here are the most common causes for the stomach polyps:

Risk factors: Here are the factors which can increase the chances of getting stomach polyps:

Capers are tangy, spicy and exotic. They add a delightful touch to the Italian dishes. They are mainly used as a seasoning or for...
Read more

The medical term for cradle cap is infantile seborrheic dermatitis. This is a very common skin problem among babies. Cradle cap is characterized by...
Read more

This type of disease is one of the diseases which are taking a place in the group of lung disorders which can cause scar...
Read more

We love lemons because they are refreshing, healthy, bright and smell divine. We have a habit to squeeze the juice of lemons and then...
Read more

Cough is reflex to your immune system to clear your airways of mucus and irritants such is dust and smoke. Rarely this is reason...
Read more