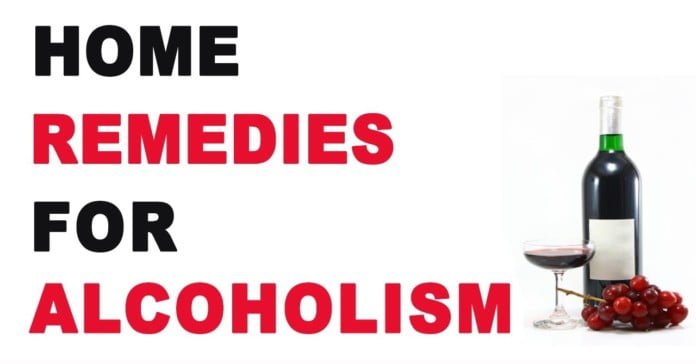 For most adults moderate alcohol drinking is not a problem. But the number of people who are becoming alcoholics is increasing. Alcoholism is a disease that causes craving, loss of control, physical dependence and tolerance. With alcohol abuse we are not physically dependent but we still have a serious problem. The most serious form of problem drinking is the alcoholism. This problem describes a strong and often uncontrollable desire to drink. People who suffer from alcoholism will often place drinking above all other obligations including family and work. If they stop drinking, then they might experience build up a physical tolerance or experience withdrawal symptoms. [1] Alcoholism in some cases is also known as alcohol dependence and alcohol addiction. This is slightly different to harmful drinking. This term is used for an occasional pattern of drinking which can cause damage to your health. When you are drinking too much at a party and you have a risk of argument or falling, then this is a harmful drinking. This problem can develop into alcoholism if this kind of harmful drinking becomes a habit and it happens at regular basis. There are many signs which can show you that you have alcoholism such as appearing intoxicated more regularly, a lack of interest in previously normal activities, needing to drink more in order to achieve the same effects, an inability to say no to alcohol, appearing tired, unwell or irritable, becoming secretive or dishonest and anxiety, depression or other mental health problems. [2] If someone nears you displays signs of alcoholism, then you will feel worried, frustrated and you want to help him. You or someone nears you can try some of the mentioned home remedies to cure from alcoholism but firstly you need to talk with your doctor about this problem. Here are some alcoholism home remedy:

Garlic is commonly known to be a herb that is of great importance and is used by most people as a spice in several dishes. It has been proven through research that garlic has detoxification properties and this is very significant in the treatment of various diseases and health conditions. Garlic consists of compounds that comprise of sulfur which works in sulfating or detoxification of the body systems. Alcoholism expose the body to several dangerous chemicals that are very harmful and garlic can be used in cleansing of the system. Cloves of garlic can be taken raw at least one clove each day or garlic can be incorporated as a spice in the diet. This works very efficiently in reducing alcoholism. [3]

Dandelion root has been used adversely in the field of medicine as a herbal resolution in the cure of several health conditions and diseases. In the treatment of alcoholism and its effects dandelion root is effectively used in the increment of bile flow. Bile is one of the digestive juices in the gut that is very essential for the transport and elimination of toxic substances such as alcohol through excretion. Dandelion root can be chewed to consume the juice extract or better still it can be boiled in water for some time to make a tea which should be taken at least once every day for effective treatment of alcoholism. [4]

Broccoli is a plant that is classified under brassica family together with other plants such as kales, cauliflower and cabbage. These vegetable plants are known to be very significant for enhanced process of detoxification in the liver. This is very significant in the treatment of alcoholism conditions to relieve the body of alcoholic chemicals that are very toxic and harmful to the body systems. These vegetables should be considered during meal planning to be, major constituents of the diet when dealing with alcoholism. These vegetables especially broccoli should be part of the meal at least once each day.

Burdock is a commonly known herb that is often used in the treatment of diseases and other critical health conditions. Burdock is very significant in medicine as it is one of the herbs that contain detoxification substances that are important for the alleviation of toxins from the systems of the body. This is very important and should be considered in the treatment of alcoholism as alcohol contains poisonous substances that pose harm to the body systems especially the liver. Burdock should be consumed at least two times every week for effective treatment of alcoholism and protect the liver from toxins introduced through alcohol.

Alcoholism poses a condition of defects in the liver cells which may get worse and even lead to other diseases. Turmeric is well known as a medicinal herb and is also widely used as a spice for preparation of several different dishes. Turmeric extracts work very effectively in the treatment of alcoholism as it prevents occurrence of many viral infections that come about with defects caused in the liver cells. Turmeric should be used more often in the diet and can also be used in preparation of tea that works efficiently in the treatment of alcoholism if taken every day. [5]

Apples are commonly known fruits that are widely used for juices and salads. Apples have been found to work effectively in the natural cure of various diseases and health conditions. Apples are known to have detoxification properties and hence work very effectively in the alleviation of toxins from the body systems. Alcohol introduces a lot of toxins into the body systems which is very harmful to the liver cells. Apples are very significant in the treatment of alcoholism as they flush out toxic substances from the system. Apples can be taken as fruits after meals and they can also be blended and taken as juice. An apple a day is very necessary for the treatment of alcoholism and the maintenance of general good health. Apples are also very important in reducing the urge for taking alcohol. [6]

Grapes are known to contain a pure form of alcohol that is not harmful to the body systems and can be used to replace commercial alcohol that is toxic and harmful. Grapes are small fruits that in most cases are loved by children unlike adults. Dates are also in most cases considered by children for their sweetness. Grapes have been found to be very essential in medicine for the treatment of various health conditions and diseases. It has been proven through scientific research and medical studies that grapes work incredibly in alleviating the urge to consume alcohol. This pin points grapes to be one of the most important fruits to be considered in the natural cure and treatment of alcoholism. Grapes work incredibly in combination with dates and so it should be considered that they are consumed together. Grapes and dates can be taken as fruits each day or better still they can be used as supplements for snacks. These are very significant and if taken for a reasonable period of time would help one do away with alcoholism and alcoholic habits. Dates can be soaked in water for a period of time and this liquid should be taken whenever one feels the urge of taking alcohol, it works very effectively in treating alcohol. 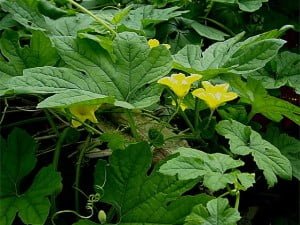 Gourd leave are known to be very bitter but despite of this they are still used extensively in the medical field for natural and herbal cure of diseases and various health conditions. Bitter gourd leaves are very significant in the treatment of alcoholism and in the repair of the damaged liver cells. They work very effectively in detoxification of the body systems and relieve the liver of harmful toxins from alcohol. The leaves of bitter gourd can be crushed in a mortar with a pestle to extract the juice which can then be mixed with butter milk and consumed. This mixture should be taken at least once each day for a given period of time probably two months to help repair damaged liver cells and also reduce the urge of taking alcohol. [7]

Above are some of the best alcoholism home remedy.

[1] Armor DJ, Michael Polich J, Stambul HB. Alcoholism and treatment : prepared under a grant from the National Institute on Alcohol Abuse and Alcoholism, Department of Health, Education, and Welfare. 1976. US.