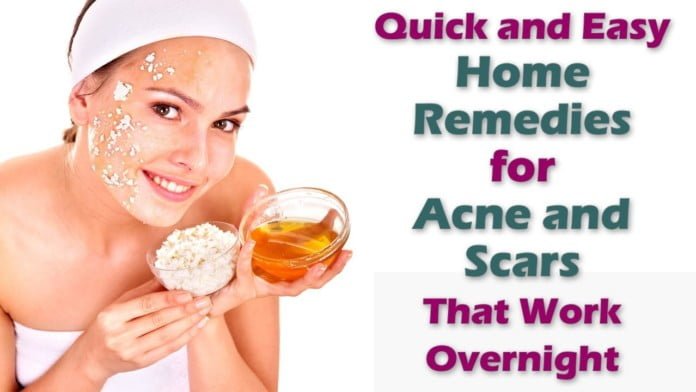 Acne is one of the most common conditions which is affecting most people at some point. It causes spots, oily skin and sometimes skin that is painful or hot to touch. Acne most commonly develop on the face (this condition affects almost every single person with acne), back (this condition is affecting more than half of people with acne) and chest (this condition is affecting about 15% of people with acne). If you suffer from any kind of acne, then you should talk with your doctor; he or she will tell you which medicine or acne home remedy will be best for you.  [1] There are six main types of spots which are caused by acne and they are: cysts, nodules, pustules, papules, whiteheads and blackheads.

When the hair follicles which are tiny holes in the skin become blocked, then acne are appearing. Sebaceous glands are tiny glands which are found near the surface of your skin. These glands are attached to the hair follicles which are small holes in your skin and from them the individual hair grows out of. The glands lubricate the hair and the skin to stop drying out. These glands do this process by producing an oily substance which is known as sebum. When we have acne, then our glands begin to produce too much sebum. The excess sebum mixes with the dead skin cells and both substances are forming a plug in the follicle. If the plugged follicle is close to the surface of the skin, it bulges outwards and this is creating a whitehead. [2] Alternatively, the plugged follicle can be open to the skin and this is creating a blackhead. Here are some acne home remedy for you:

Apple cider vinegar has proven to be very significant in the treatment of various diseases and conditions including acne. Apple cider vinegar is considered to have anti bacterial properties and this is very significant in the killing of bacteria that in most cases causes acne. Most bacteria are known to survive in acidic conditions and since apple cider vinegar has an alkaline pH it limits survival of bacteria hence crucial in the treatment of acne. This acne home remedy is also an astringent and helps a lot with the problem of an oily face that in most cases leads to acne. Apple cider vinegar can be applied on the face and left to stay overnight but thereafter the face has to be cleaned properly to remove all traces of it. [3]

Pawpaw is mostly used as a fruit and can also serve for salads and juices in deserts. Raw pawpaw has been successfully used in the treatment of acne and has been found to efficiently work in curing this condition. Raw pawpaw helps with oily skins and also removal of dead cells which are the root causes of acne. Pawpaw contains an enzyme called papain which works in the alleviation of inflammation which is very common with acne and also prevents pus from being formed. Raw pawpaw should be mashed up to form a paste and this should be applied to the face to form a mask which should be left to set for at least twenty minutes and then washed off with warm water. This acne home remedy treatment should be done at least twice every week for effective treatment of acne.

Bananas are said to be one of the most beneficial fruits and are use in various parts with the varying parts. The peels of banana contain a chemical substance called lutein which is an incredibly powerful antioxidant and helps to alleviate swelling and enhances growth of healthy cells. A banana can be used to rub the face gently in circular motions and this should be on every part of the face. This acne home remedy should be left for at least thirty minute s the washed off and the face dried gently. This treatment has effectively been used in the treatment of acne. [4] 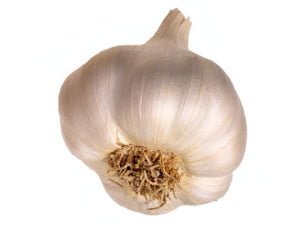 Garlic is a well known plant that most people use as a spice but garlic has been proven to have very many health benefits including the treatment of acne. Garlic has got antibacterial properties which are very significant in its working as a herbal plant. This acne home remedy can be mashed and water added to obtain some fluid which is then applied topically using a cotton pad on the problematic spots to alleviate the breakouts of acne or better still it can be consumed raw to enhance internal removal of any bacteria that may cause acne. [5]

Both cinnamon and honey are essential substances used in the home especially in foods. Honey is one natural product that has extremely been used in the cure of various conditions and diseases like cough and acne. Cinnamon on the other hand is a well known spice that can work incredibly well when used together with honey in the cure of acne. Studies have shown that cinnamon contains some antimicrobial properties and this is necessary in the killing of bacteria which are the microbes that causes acne. Honey works as a natural antibiotic that attacks the bacteria and wipe them off hence very effective in the treatment of acne. A combination of cinnamon and honey paste can be made by mixing two tablespoons of honey and one teaspoon of cinnamon to form a well blended paste. This acne home remedy paste can then be applied on the face and be left for at least fifteen minutes before it is then washed off. This acne home remedy treatment should be done at least once each day for quick cure of acne. 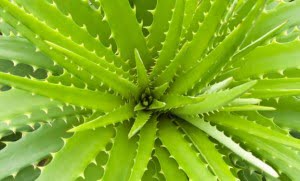 Aloe Vera is a commonly known plant for its medicinal properties and is widely used as an herb in the treatment of several diseases including acne. Aloe Vera has antibacterial properties that are very significant in the alleviation of swelling and inflammation and also reduces redness caused by acne spots. Aloe juice extracted from the plant by squeezing the fleshy stem is applied directly onto the spots on a clean face and left for a while before washing of. This acne home remedy treatment should be done at least once each day for effective cure of acne.[6]


Yogurt is a milk product that is loved by most people for its sweetness and therefore in most cases is only used for food. Yogurt has got acids that are responsible for its antibacterial properties and research has shown that this makes yogurt very significant in the treatment of acne. Yogurt is already in liquid form and so a little of it can be applied to the face and be left to stand for fifteen minutes before it is washed of gently with a clean washcloth using circular motions. This acne home remedy works very effectively in the nourishment of the skin as yogurt also contains fats that provide moisture to the skin. This treatment is very efficient in the treatment for acne as it also facilitates removal of loosened dead skin.

Lemon is widely used as food in salads and juices. Lemon juice also works very effectively in the treatment of several bacterial infections as it has antibacterial properties. Lemon juice contains vitamin C which is an essential vitamin in the maintenance of a healthy skin. The citric acid in lemon juice is responsible for the antibacterial properties and also works very well in the exfoliation of the skin. Lemon juice can be applied gently on the spots on a clean face using a cotton ball and left for a while before washing off. This acne home remedy treatment given to the face at least once each day works incredibly in the treatment of acne.

Many people would think using egg white on the face is quite disgusting but this has been proven one of the best remedies in the treatment of acne. Egg white contains a lot of vitamins and proteins that are necessary in the treatment of acne. Egg white works mysteriously in removal of excess oil from the skin hence depriving bacteria of food resulting in minimal chances of getting acne. Two eggs can be used and the York is removed to be left with the egg white only. This should be whisked until it foams and left to stand for a while. This acne home remedy mixture is the applied onto the face using the fingertips, one layer after the other allowing time for each layer to dry. This mask should be left on the face for at least twenty minutes before washing off. This acne home remedy treatment works unbelievably in combating acne. [3]

In most cases potato is only used as a vegetable but research has shown so far that potato has several components that make it a suitable natural food for the treatment of various diseases and conditions including acne. Potato contains antioxidants that are very significant for the nourishment of the skin and also for the regeneration of new skin cells. Potato is a root tuber and this makes it a power house for several minerals such as phosphorus, potassium and sulfur that effectively alleviate acne spots from the skin. Potato can be ground to obtain the juice and pulp which is then rubbed onto a clean face and left to stand for at least thirty minutes before washing off. This acne home remedy treatment given to the face at least once every day works very effectively in the treatment of acne.

[1] Doshi A, Zaheer A, Stiller MJ. A comparison of current acne grading systems and proposal of a novel system. International Journal of Dermatology. 1997;36(6):416-8.