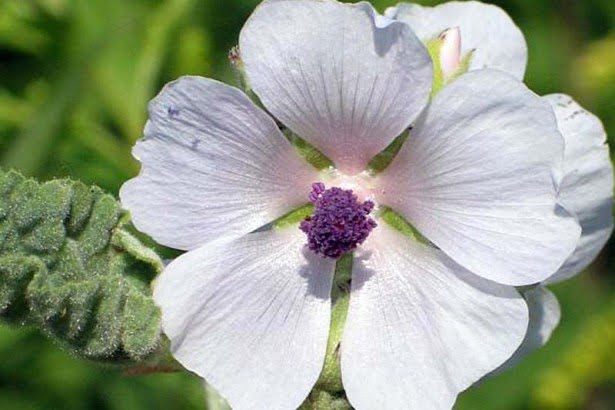 The scientific name of marsh mallow is Althaea Officinalis. This is a plant which has many health benefits. It is a plant species which traces its origin to Africa and it is very commonly used for preparing ornaments and medicines. This plant is a very subtle and velvety in texture. It is very dense by nature. The hairs of the flower are arranged in a radiating star pattern. In the everyday life, the marsh mallow plant has proved that is very useful in many different ways and it is used as a medicinal component and food. The root extract and stems of this plant are very advantageous and they are helpful in many ways for our hair, skin and health.


Reduces water retention: This plant has diuretic effects and it is acting similar to “water pills” which are intended to lower edema, fluid retention and bloated stomach. Marsh mallow can help to increase the urination and balance fluids if your diet or hormone levels (such as experiencing menopause or PMS) cause you to retain water.

Lowers inflammation and supports heart health: There was one study in 2011 in which were examined the effects of marsh mallow root supplementation on blood lipid profiles and liver functioning over one month period. In these studies was found that the marsh – mallow has anti – inflammatory effects which are working against both chronic and acute inflammation. We know that the inflammation is one of the root causes for heart diseases. Also this plant has anti – lipidemic and anti – ulcer properties and also it can help to increase the levels of good cholesterol (HDL cholesterol). There was one study in which people were taking a dosage of 50 milligrams marsh mallow per kg of the body weight, those people have experienced significant increase in the serum HDL cholesterol levels and they did not noticed side and adverse effects on the liver enzymes.

Reduces digestive complaints: Marsh mallow has digestive uses which can be used for lowering or preventing constipation, diarrhea, stomach ulcer symptoms and heartburn. This plant coats the inside of the stomach and it can prevent acid from causing discomfort and burning. The marsh mallow tea is working best for the most forms of indigestion and usually it is soothing to the stomach and it is not causing any side effects.  You can mix the marsh mallow with other digestive aids, such as steeped/raw ginger root and peppermint essential oil because they can help you to have more stomach – soothing effects. 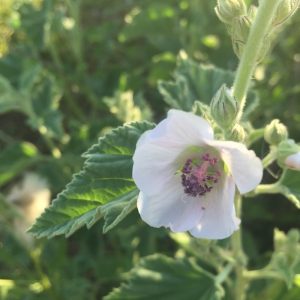 
Repairs the gut lining, preventing leaky gut syndrome: There are some studies in which are shown that the marsh mallow is very effective to help in the treatment of certain digestive disorders, such as leaky gut syndrome which is developing when particles leak outside tiny opening in the gut lining and it is allowing them to enter the bloodstream where they can trigger autoimmune reactions. This plant can help to restore the integrity of the gut lining by forming a protective layer around the small junctions. Also it is beneficial for people who suffer from other forms of inflammatory bowel diseases, such as Crohn’s disease ulcerative colitis.

Fights against arid and itchy scalp: The marsh mallow oil is recommended as a natural treatment for arid and itchy scalp because it can help to lock the moisture within. It has compounds which can soften and smoothes the hair and they are giving it a fluffy look.

Fights bacterial infections: You should take marsh mallow root if you feel symptoms of respiratory infection, a urinary tract, bronchitis or tonsillitis. You should take this herb when you are experiencing the first sign of tenderness, burning and swelling. It can help to speed up the healing process and in natural way it will kill the bacteria which are causes for many different ailments. When you ingest the marsh mallow, then this can help to increase the secretion of urine which can improve the ability of your body to draw bacteria out of the urinary tract. This is a reason why the marsh mallow is recommended as a natural treatment for kidney stone symptoms.