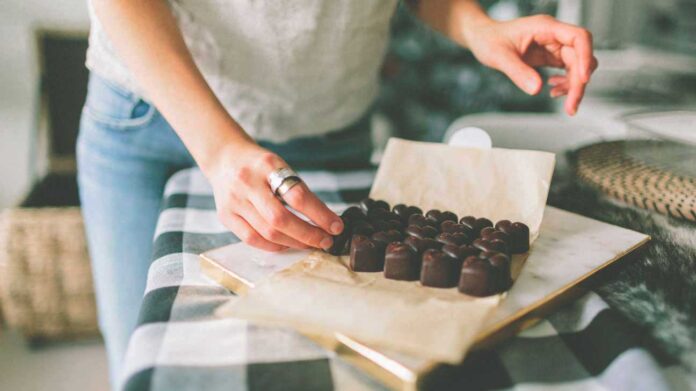 Dark chocolate is rich in mineral, such as zinc, magnesium and iron. It has cocoa which also contains antioxidants known as flavonoids, which are possessing health benefits.  The chocolate comes from cacao. Cacao is a plant with high levels of minerals and antioxidants. The commercial milk chocolate has milk, sugar, cocoa butter and small quantities of cacao. In contrast, It much larger amounts of cacao and less sugar than milk chocolate. 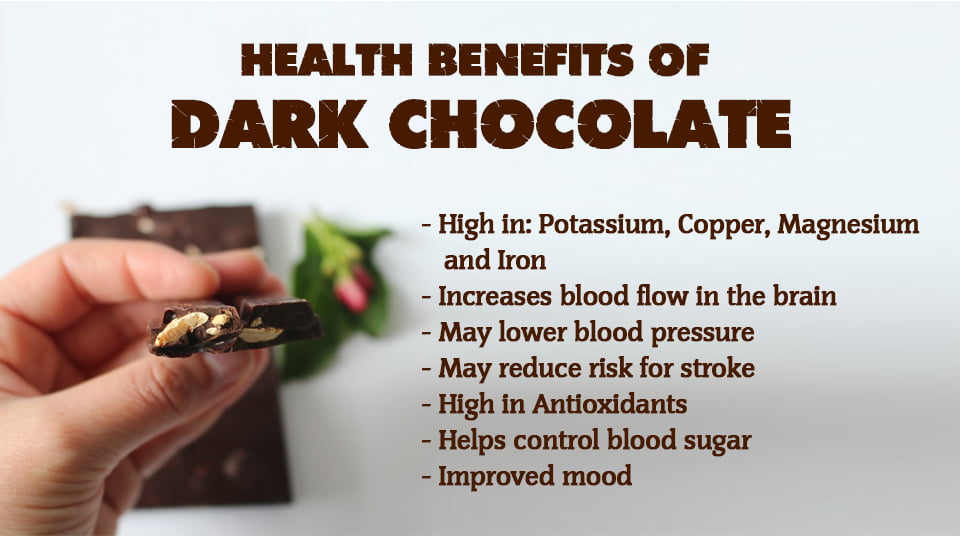 When you eat dark chocolate, then it can improve the brain function and it can help to prevent neurodegenerative conditions, such as Parkinson’s disease and Alzheimer’s disease. In one study done in 2018 was shown that the flavanols present in dark chocolate may enhance neuroplasticity, which is the brain’s ability to recognize itself, particularly in response to disease and injury. In another study done in 2016 was identified a possible association between chocolate consumption and cognitive performance.

The inflammation is part of the body’s natural immune response to germs and other harmful substances. The chronic inflammation can damage cells and tissues and it can increase the risk of some health conditions, such as arthritis, type 2 diabetes and certain types of cancer. It has anti – inflammatory compounds which can help to reduce the inflammation in the body. In one study done in 2018 was shown that eating 30 grams of 84% dark chocolate each day in a period of eight weeks can help to reduce the inflammatory biomarkers in people with type 2 diabetes.

It has flavanols which can stimulate the nitric oxide production in the body. The nitric oxide is causing blood vessels to dilate or widen, which can improve the blood flow and it can lower the blood pressure. In one study done in 2015 were participating 60 people with type 2 diabetes and high blood pressure. It was noticed that people who ate 25 grams of dark chocolate on daily basis in a period of eight weeks had significantly lower blood pressure compared with people who ate the same quantity of white chocolate.

Reduce the risk of heart disease

It has been shown that people who eat dark chocolate on regular basis have decreased risk of developing heart disease. It has good components, such as flavanols, which affect two major factors for heart disease – high cholesterol and high blood pressure.