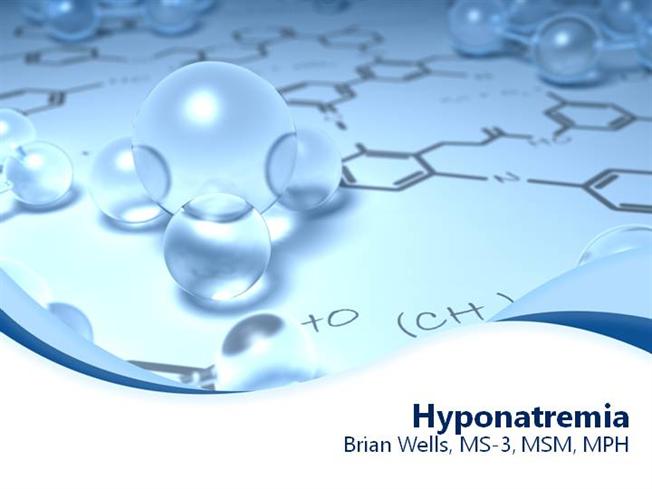 Hyponatremia happens when the level of sodium in your blood is abnormally low. Sodium is an electrolyte which is regulating the amount of water that is in and around your cells. There are many factors that can cause the sodium in our body to become diluted, such as underlying medical conditions and drinking too much water during endurance sports [1].

When this happens, then our body’s water level rise, and our cells begin to swell. This swelling can cause many problems, which range from mild to life-threatening. The treatment of hyponatremia is aimed at resolving the underlying condition. There are many signs and symptoms of hyponatremia, and the most common are seizures, nausea, and vomiting, muscle weakness, spasms or cramps, headache, confusion, loss of energy and fatigue, restlessness and irritability, and coma [2].

If you suffer from hyponatremia, then you should talk with your doctor before you start taking some of the below-mentioned home remedies for this condition.


Get sodium from meat

Those meat soups and soup stocks that are made from bones are rich in sodium. Also, beef stew and meatloaf are high in sodium. If vegetables and fruits do not strike your fancy, then you should know that you can get sodium from animal sources as well. We know that lunch meats are a big source of sodium.

Most processed meat has plenty of sodium to add to preservation. This range from chicken nuggets to pizza to fast food hamburgers. But if you are not eating carefully, then in an easy and unhealthy way, you can get too much sodium.

In most foods that we eat, there is sodium. You should consume fruits and vegetables which have sodium because this is the healthiest way to increase the sodium in your blood. Also, processed foods are rich in sodium, but there are many health experts which are recommending eating fresh products.

In a cup of vegetable juice, there is 500 mg of sodium. You should add shredded cardoon, celery, and carrots in a blender. Add a pinch of salt to make a tasty juice. Also, spinach and sweet potatoes are rich sources of sodium. If you are busy and you do not have time to prepare these foods, then you should try canned navy beans with 1,174 mg of sodium per cup.

You should not take diuretics unless you have a pre-existing medical condition and have a prescription from your doctor. Diuretics are known as water pills because they produce a substance which is stimulating urine production and also it is preventing water retention in the body. But you will lose sodium as well, so in the end, you will be dehydrated.

The function of diuretics is to get rid of water and sodium in the body. When you are taking this medication, then it will cause further loss of sodium which can be very dangerous for the overall health of the affected person. The most common diuretics which people are using are Spironolactone (Aldactone), Furosemide (Lasix), and Chlorothiazide (Diuil). [4]

Work on balancing your hormones

It is a known fact that people who are currently going through menopause, are pregnant or who are experiencing other hormonal changes. This may be one reason why they experience mood changes, fatigue, swelling, etc., due to electrolyte changes.

There are some studies in which are said that premenopausal women appear to have the biggest risk for hyponatremia due to how women’s sex hormones affect sodium levels and fluid levels [5].

Also, people who have stressed adrenal glands are having increased risk of developing hyponatremia. Once you have ruled out disorders like thyroid disorders/damage and Addison’s disease (adrenal gland insufficiency), you should work on balancing your hormones in a natural way through using hormone–balancing essential oils, eating a nutrient-dense diet, doing exercises, and stress-reducing practices (like meditation, deep breathing or yoga) and possibly taking herbs/supplements which can help you with this condition.

Eat foods that are high in sodium

Those people who think that they lost sodium through sweating or by any other means then they can replace the lost sodium levels in their next meal. Meals can increase and replace back the sodium lost between activities. There are many foods that are rich in sodium, such as caviar, soy sauce, olives, cheese, bacon, salami, broths or soup, and table salt. 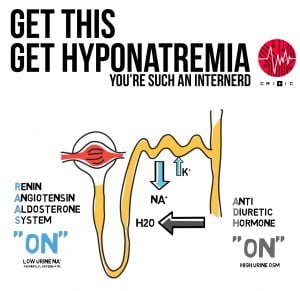 Keep your health in mind

You should know that there are special conditions which are requiring medical attention before starting a high sodium diet, especially in people who suffer from osteoporosis, cardiovascular problems, and kidney disease. Before you change anything in your diet, you need to talk with your doctor.

There are some studies in which it is said that there are very few people who require a high sodium diet. But most physicians recommend a low sodium diet. The low fat and high protein diet are standard to prevent cardiovascular disease and hypertension.

There are some doctors who recommend a maximum of 6 g of salt (which is equivalent to approximately one full teaspoon) per day for the average adult. There are very rare cases when a high sodium diet is recommended. People who are active may require higher sodium levels than the average person.

There are some cases when people who suffer from hyponatremia are advised to increase their sodium levels. Always talk with your doctor if you should increase the sodium levels in your diet.

If you do not enjoy sports drinks, know the healthy alternatives

Not every single person wants to drink sports drinks, and these drinks are not always available. But fortunately, there are many healthy alternatives, and every single person can choose his favorite one. Banana is a very healthy alternative for treating hyponatremia. You should eat one to two pieces of banana after vigorous activity because it is rich in potassium. You should know that coconut water has a lot of electrolytes, and it is very effective for dehydration. It has a lot of potassium, magnesium, and sodium.

The third alternative to sports drinks is saline water. You can make saline water at your home, and it can help you in a very fast way to replace the sodium in the body. You should take a glass of water with a pinch of salt. Mix it and then drink it.

Drink sports drinks if you are active

Those people who are athletes or who are performing a lot of activities and who sweat a lot should drink sports drinks. When you are drinking sports drinks, then this will help to negate the lost sodium electrolytes in your bloodstream.

Any sports drink, like Gatorade, has electrolytes which you will need if you are releasing excessive amounts of fluid, such as vomit or sweat. Usually, sports drinks have essential electrolytes, such as potassium and sodium electrolytes, that can be very helpful. Always talk with your doctor before you start drinking sports drinks if they can help you. [1]

Decrease and limit your water intake

When you are drinking plenty of water, then this can dilute the sodium in your bloodstream, which causes your sodium levels to decrease. Also, this can increase the risk of water retention in the body, which means that the more you consume, the more you will retain. You can safely reduce your daily intake of water.

If you suffer from hyponatremia, then instead of drinking 2000 mL or more each day, you should try drinking 1000 – 1500 mL of water each day. This can help the sodium level in your body not to be diluted and excreted away through sweating or urine. You should increase the fluid intake only in certain conditions, like exercising or warm weather. The sweating can lead to fluid loss, and this is a reason why you can become easily dehydrated, which is not your goal.