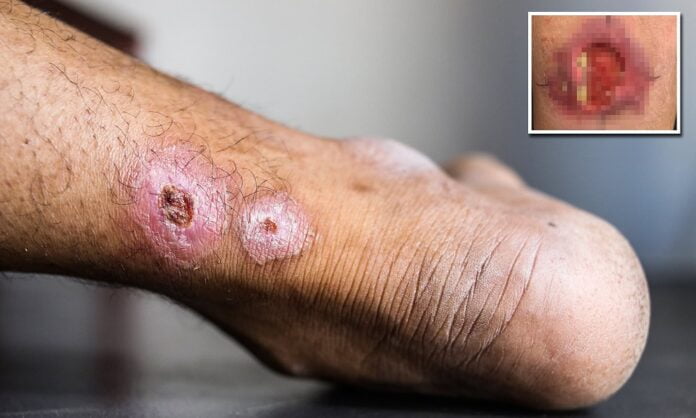 Those people who belong to low income levels and poor socioeconomic status, particularly residing in rural regions or country sides, are vulnerable to this condition. Also, people who are malnourished and who have a poor nutrition, have higher risk of having tropical ulcer. 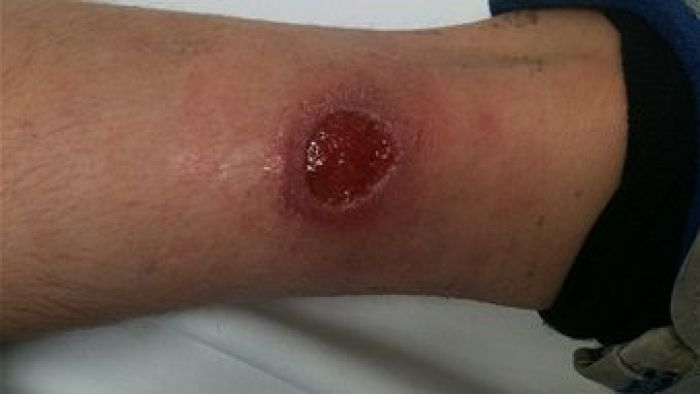 The most tropical ulcers happen below the knee, usually on the ankles and feet. Tropical ulcers happen as very painful circular skin lesions which rapidly increase in the size over the course of few days. Most tropical ulcers have purple edges which many describe as looking “gnawed”. As the lesion enlarges, it turns into vehicles and then into full on ulcers which can affect the underlying muscle, as well as the periosteum (this is a fibrous membrane which covers the surface of bones).

In a period of couple of weeks, if the tropical ulcers are not treated, they can reach several centimeters deep and they can become foul smelling and necrotic (it can be blackened due to the tissue death). The pain usually dissipates at this stage. In the most cases, tropical ulcers are treated with antibiotics, such as tetracycline, metronidazole and penicillin. There are some cases when surgical debridement and taking a skin graft are necessary, especially if the tropical ulcer has affected deep skin tissue.

There are some rare cases when tropical ulcers disappear on their own. Usually, this takes several months, sometimes years, and they almost always leave a significant fibrotic scar. The treatment is always recommended, because there is a risk of gangrene and limb amputation.

There are some studies in which are said that the tropical ulcer is a skin infection which is caused by several different bacteria. [1] The bacteria are entering the body through a previous wound, cut, bug bite or other breakdown in the skin. It is noticed that almost always Fusobacterium species are present in the initial stages of tropical ulcers. But, Enterococcus, Escherichia coli and Treponema vincenti can be present. Usually, there is some initial trauma to the skin which is causing the tropical ulcer to form.

This can be anything from a cut or scratch to an insect bite. If you are exposing your wound to mud or contaminated water leaves it susceptible to a tropical ulcer developing. The poor nutrition, poor hygiene and diseases like malaria, can increase the risk of a person to develop tropical ulcers. Also, age and sex are playing a role in it. It is noticed that children and teenagers are at higher risk of having tropical ulcers [3], as well as women.

Here are some factors which can increase your risk of getting tropical ulcers: