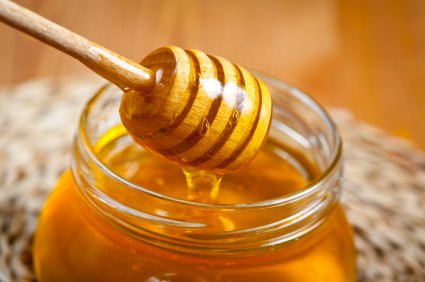 Honey has been used in all kinds of medicines for centuries. It is used as a home remedy in the traditional medicine worldwide. Scientists are researching this product in the modern medicine, mostly about the healing of wounds. This product is easy to be consumed. Also it has many health benefits. It can be consumed directly, like a jam, to be drunk instead of sugar. Also it can be mixed with warm water, cinnamon, lime juice and other herbs to make a home remedy. It has sweet taste which is great supplement for the body.

Sweetener: The best substitute for the sugar is honey. It can be used in many foods and drinks. 69% of the honey is fructose and glucose which are used as a sweetener. This type of sweetener is better for your health than the white sugar.

Acid reflux: Honey has been used for thousands of years and it has showed many health benefits. That was the reason for the Indian research on the professor Mahantayya V Math in which he has shown that honey can be helpful in preventing gastroesophageal reflux. Healing wounds and burns: Many cases have shown positive effects of using honey in treating wounds and burns. Hurlburt, a borderline diabetic, was treating his health condition (cellulites and staph infections) which could not be healed with medicines for months. After he applied the honey, he was feeling better. He showed that honey has great effects for the body and he said that the honey is one kind of oral antibiotic which you should add in your diet. In the future must have more studies to show the real effects of honey as a remedy for wounds and burns, because there are some doubts that can make side effects.

Antioxidants: Honey has nutraceuticals which are helping to remove the free radicals from the body and to prevent of their dangerous behaving. With consuming honey we are protecting our body from diseases even from some serious conditions such as heart disease and cancer.

Skin care with milk and honey: Milk and honey are used as a mix in many remedies because this mix is making the skin soft and beautiful. This mixture is used in many countries as a morning breakfast because it has the property to make the skin prettier.

Improving athletic performance: Studies have shown that the honey is great ergogenic aid and is helping to boost the energy and performance of athletes. Honey is a great way to maintain glycogen restoration, blood sugar levels and muscle recuperation after workout. Also is great a source for regulating the amount of the insulin in the body. This is a great source of energy for every athlete.

Cold relief: Many of the world health organizations are recommending the honey as a natural remedy for cold. It is reducing the nighttime coughing and is improving the sleep. Also this is one of the best remedies for children that are affected with respiratory infections.

Improves your scalp: If you are having dandruff, then you should use honey in warm water. This home remedy can improve your scalp condition and also is relieving you from the itching. Many patients who were using this remedy every day for four weeks have said that this mixture has made big change in their scalp health. Skin is clear. There is no itching. The most important is that the dandruff has gone.