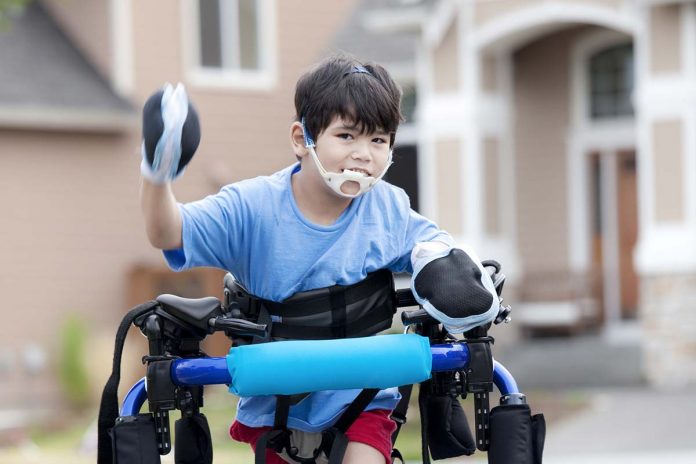 This is a devastating movement disorder. This neurological disorder is happening due to the developmental issues of the brain while the baby is still in utero or shortly following birth. Cerebral palsy is affecting the motor skills of the child, his movement, and his muscle tone. The signs and symptoms of this condition appear during the infancy or preschool years.

There are many symptoms of cerebral palsy, such as slow, writhing movements; variations in muscle tones, such as being either too stiff or too floppy; excessive drooling or problems with swallowing; tremors or involuntary movements; seizures; delays in speech development or difficulty speaking, etc. Cerebral palsy is caused by a disruption or abnormality in the brain development which is usually before the child is born [1]. There are many factors which can increase the risk of cerebral palsy, such as maternal health (if the mother has certain infections or problems during the pregnancy), infant illness (such as bacterial meningitis, severe or untreated jaundice, and viral encephalitis). If the cerebral palsy is not treated, then it could lead to eye muscle imbalance; osteopenia; osteoarthritis; neurological conditions; lung disease; mental health conditions; malnutrition, and contracture. If you suffer from cerebral palsy, then you need to talk with your doctor before you start using some of the below-mentioned home remedies.

There are many people who suffer from cerebral palsy who got relief and comfort in the mental therapies and approaches, such as meditation and yoga. These therapies embrace the idea of the mind and body being linked. They have shown the ability to improve the strength of the immune system, relieve inflammation, lower stress hormones, and boost circulation. If the person affected with cerebral palsy is able to do the requisite movements, then yoga and meditation are much recommended.

Cerebral palsy is affecting digestion and the body’s ability to absorb nutrients so this is a reason why you should improve these functions. You should add prebiotic and probiotic foods to your diet because they can ensure a healthy gastrointestinal environment so nutrients can be effectively absorbed and used by your body.

You can take Epsom salt baths because they can give you relief from the pain and inflammation that are caused by cerebral palsy. You should add Epsom salt to your bathwater along with some sea salt and essential oils which you will choose and you should soak in this bathwater. You will get relief in a short time and it will last for a longer period.

This natural cure has Omega – 3 fatty acids which are very important anti-inflammatory agents in our bodies. Also, they are very important for the neural connections and communication between the body and brain. The development of the brain tissue can be stimulated by an excess of these good fats in the brain. Also, there are other good sources of Omega – 3 fatty acids, such as flaxseed oil, spinach, soybeans, walnuts, tuna, and salmon.

This home remedy is often used to reduce the muscle spasticity that is associated with cerebral palsy. Also, it is very effective as a topical agent for malfunctions and muscle spasms and also it is a very effective digestive stimulant. 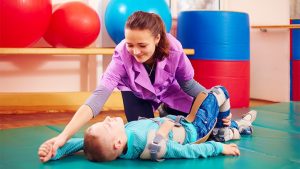 This condition is affecting many different systems in our bodies in which digestive and excretory systems are included. This is a reason why some changes should be done to the diet and eating habits. The time which is required for meals can be longer due to challenges with swallowing or chewing so gravies and broths can help with constipation. You should avoid hard and stringy foods, as well as seeds and nuts because swallowing is often difficult for people who have cerebral palsy.

It is known that both cool and warm temperatures can ease the pain. Some people can get relief from one temperature. For the best results, you should use heating pads followed by an ice pack for localized pain in muscles and joints. There are some medical institutes which are suggesting that this natural treatment can help to stop painful spastic movement.

In many cases, speech therapy is required because the damage to muscle development in cerebral palsy takes on many different forms. Also, this therapy is recommended for keeping these muscles in shape and the communication can continue for people suffering from cerebral palsy.

There are some studies in which are said that this natural cure is very effective for relieving the pain and inflammation that are associated with cerebral palsy. You can dilute the peppermint essential oil with a carrier oil and apply this mixture to joints and muscles to get analgesic relief and additional blood flow to the extremities.

Koo, This is a very powerful herb which has many positive effects on the cerebral palsy, most notably an increase in circulation which means that the fresh and oxygenated blood is delivered to the limbs and extremities in a faster way for increased muscle control. Also, Echinacea has active ingredients which are linked to stronger neural connections and reduction in nervous disorders. [2]

Those people who suffer from cerebral palsy should have constant physical therapy because this will improve their flexibility and muscle control and this can be an essential part of living a normal life. Also, physical therapy can help with fine motor problems, such as the inability to feed oneself due to which the patient often requires around–the–clock care. [3]

We know that stress is playing a big role in muscle pain and tension. Deep breathing techniques are used to give you relief from stress and pain and they are very simple to be learned. Controlled breathing can release the tension in your muscles and it will relax your body overall. The mindfulness techniques are the best for cerebral palsy. It is also known as imagery or visualization which is involving the power of the mind to control the pain.

There are some studies in which are said that acupuncture can be a very effective home remedy for cerebral palsy. Acupuncturists are focusing on key nerve centers and pressure points. In this way, they can help to reduce the pain that is caused by cerebral palsy but also this can help to improve muscle control and flexibility.

When your body is not behaving properly, especially the muscles, then it can be caused by a lack of oxygenated blood. For many years, ginger is considered a circulation–stimulating remedy and it has the ability to send more blood to the extremities and limbs which can eliminate numbness, help re-growth of tissues, and add energy and flexibility to reduce pain and inflammation. You can consume ginger in a raw form or as a tea. You can apply it directly to the site of the pain or muscle impairment to get quick relief. [4]

This therapy aims to make your child do exercises that will increase the blood flow. It can be in form of outdoor activity, such as swimming or indoor game.

There are some studies in which are shown that the astragalus root has some positive benefits as a natural treatment for cerebral palsy. This natural cure has positive effects on daily skills, social skills, motor skills, and behavior in children who suffer from cerebral palsy [5]. Typically, this natural cure is taken as an injection but also it has a very mild taste.

This is a horseback riding form of treatment which is used to improve the movement dysfunction in children who suffer from cerebral palsy.

One study said that the combination of music therapy and acupuncture has shown even greater improvement in health [6]. Musical therapy is a program which is effective for many different healthcare needs and it is very used for physical rehabilitation. Those people who suffer from cerebral palsy can get a calming and enjoyable distraction from any anxiety or discomfort which is caused by cerebral palsy.