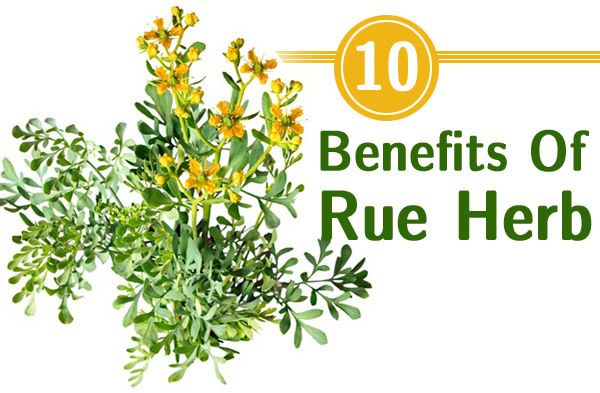 The scientific name of rue is Ruta graveolens. It is commonly known as rue or rue herb. It is native to Balkans. This is a garden plant but also it is grown for its medicinal properties. Also it is cultivated as a condiment and an insect repellent. This plant was used widely earlier. In the “Old English Herbals” was found that there are several mentions about rue herb. This book was written by Eleanour Sinclair Rohde which is famous writer about herbs and plants. But as the time passed, people have started to decrease the usage of this herb because it has bitter taste and it is toxic. This herb was mostly used for its anti – oxidant, anti – inflammatory, antiviral and antibacterial properties. In the European folk medicine, the rue herb has a special place and it is still widely used. Rue herb has alkaloids that are possessing antihistamine, anti – fertility, antispasmodic and anti – inflammatory properties. Also it has a plant compound known as rutin which is an antioxidant and it can help to prevent the free radical damage. This herb is poisonous in all its forms and this is a reason why it should be never ingested directly. It can cause minor side effects, such as stomach irritation; increased sensitivity to sun exposure; mood changes; dizziness; rashes; sleeplessness and spasms. Also, it can cause serious side effects, such as severe damage to liver and kidneys; worsen ulcers, colitis or inflammatory bowel disease. Here are some health benefits of rue herb:

It is known that the rue herb is antidote to poison. This herb is very effective on neurotoxins, such as insect bites and snake bites which are neurotoxins. This herb has not shown any effect of the haemotoxins.

This herb can reduce the inflammation which is mainly caused by arthritis. When you regularly take one to two cups of rue herb tea, then it can ease the stiff muscles and also it will give you a relief from the joint pains.

It is known that this herb is an effective insecticide which means that you can use the rue essential oil to rid of the lice infestation. When you use it on regular basis, then these parasites will be no longer on your hair and it can help you to stay itch free.

You can try the rue herb if you suffer from muscle pain. This is one of the best home remedies for menstrual cramps, anxiety and muscle pain.

Rue herb has sedative properties which can be used in calming hysteric and epileptic attacks. Also this herb can desensitize and relax nerves while at the same time it will induce the numbness because it has neurotoxin content.

Get a spa treatment

It is known that many spas use the rue oil for the hair treatment because this oil will give shine and health to your hair. This is one of the best natural treatments for healing the damaged hair.

Rue has anti – fungal properties which can help to cure de – complexion of the skin and you will have a more beautiful and clearer skin. Rue herb has anti – oxidant properties which will ensure you that your skin will rid of the free radicals which are causing the premature aging of the skin and it will keep your skin to look happy and young. This is a reason why the rue oil is used in the therapeutic facial steams.

This herb can help you to fight against infections, such as athlete’s foot and dermatitis. It will give an instant relief from the itchy skin.