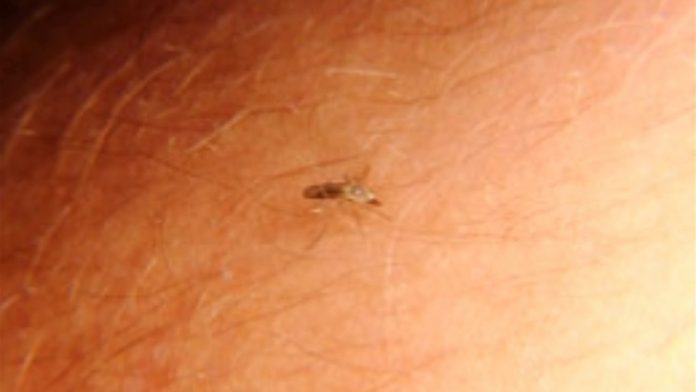 Gnat bites is a broad term which is interpreted in different ways. The scientists from the United States of America consider fungus gnats, black flies and biting midges to be gnats. Gnats are small and annoying flying midges which can get in your mouth, eyes and face. They are contrast to other insects, for example mosquitoes which travel in a swarming cloud rather than individually. Also home midges and eye gnats, such as drain flies and fruit flies are considered as gnats. The list of gnat – like and gnats can be quite impressive.

Many of gnats bite because they need animal or human blood to lay eggs. This is a reason why only female gnats suck blood. Male gnats feed on nectar. Gnats are very tiny and this is a reason why many people cannot understand what kind of pest is biting them. Biting midges, as their name says, bite. In biting midges take place punkies, pinyon gnats, sand flies and no – see – ums. These are the smallest gnats. They are up to 1/30 of an inch and this is a reason why they are almost invisible. These bites are casing symptoms such as intensive burning sensation during the bite, pain, heavy swelling and long itching and blisters take too much time to heal. Black flies which in which buffalo gnats are taking a place are also biting. They are 1/16 inch in size. They are causing symptoms such as painful burning bite with tingling, swelling and itching. Fungus gnats are small gnats flying over the flowers. They do not bite. Eye gnats are tiny gnats flying near the face. They do not bite, but they fly into your mouth, nose and eyes. Fruit flies are gnats which fly over spoiled fruit and liquor. They do not cause any symptoms because they do not bite. Drain flies are black furry flies which live in the kitchen drain or in the bathroom. Also these gnats do not bite which means that they do not cause any symptoms. Gnat bites are especially painful because they pierce the skin not with their proboscis but with their jaws and they are tearing tiny pieces of flesh. 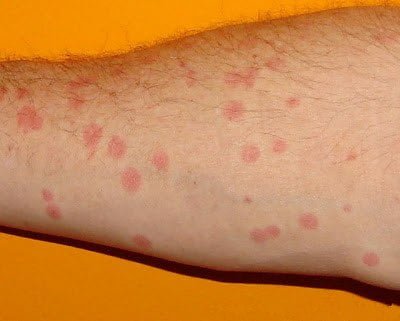 This is a reason why the burning and sharp pain are the main symptoms of bites of biting gnats and this can help you to distinguish these bites from the bites of mosquito. It is very frustrating when gnats fly into the eyes or when they bite us. Gnat bites are causing unpleasant and discomfort symptoms which include swelling, burning and itching but also they can cause an allergy. You can feel the common allergy symptoms but also you can have severe fever, rash, diarrhea, shortness of breath etc. There are many studies in which are confirmed the existence of the black fly fever which is causing an allergy and in this type of fever are included many symptoms such as swollen lymph nodes in the neck, fever, nausea and headache. You should know that if you have any strange bite after the gnat has bitten you, then you need urgent antihistamine treatment. This is meant if you have been diagnosed with an allergy or you can visit your doctor as soon as possible. The worst scenario which you can get from this bite is to be contaminated with some disease. There are many viral infections which you can get from the gnat bites and they depend on who and where Gnat bites you.

Skin rashes are characterized by red and itchy skin which is often accompanied by small bumps or other changes in the skin’s texture, appearance...
Read more

Bell’s palsy is neurological disease; In this article, we would like to bring you some of the popular Bell's Palsy Home Remedy. When you...
Read more

Health benefits and uses of Strawberries

Strawberries are one of the tastiest fruits in the world. Children want to taste it because not only this fruit looks magnificent but also...
Read more

Shin splits caused over time by a series of dysfunctional musculoskeletal movements and they are very common type of injury. They happen after vigorous...
Read more

Konjac plant is a Japanese root vegetable which is full of fibre. This vegetable has been used by people in East Asia for thousands...
Read more