This type of fever is caused by Salmonella typhi bacteria. This disease is rare in developed countries. But, in the developing world, especially for children, it is a serious health threat. Contaminated food or water or close contact with a person who has typhoid fever can cause typhoid fever.

Some signs and symptoms of Typhoid:

Most people who suffer from typhoid fever feel better after a few days after they have started the antibiotic treatment. A small number of these people die of complications. Vaccines for this type of the disease are only partially effective. Usually, vaccines for typhoid fever are reserved for those who may be exposed to the disease or who are traveling to areas where typhoid fever is a common disease. 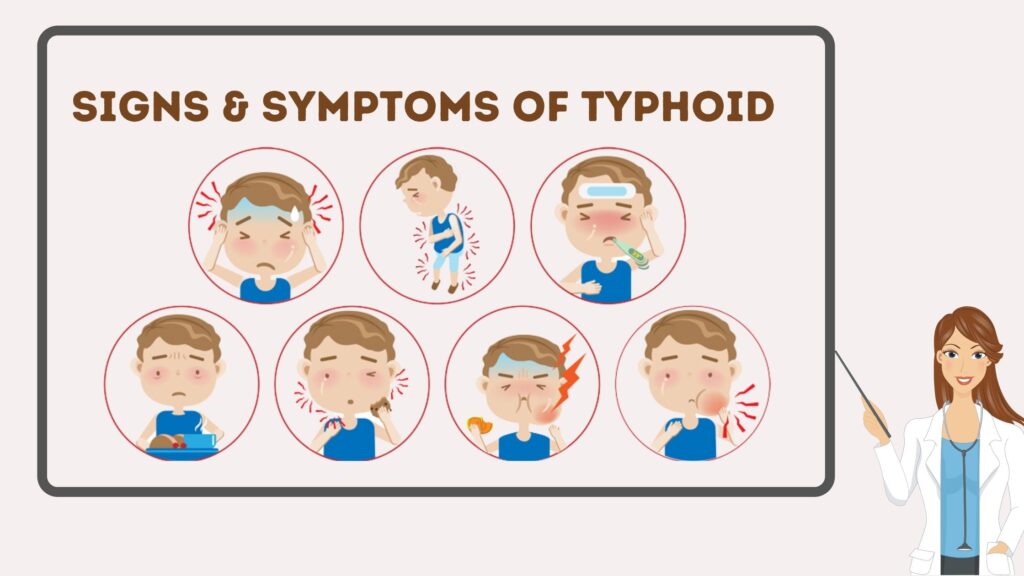 Signs and symptoms of typhoid fever are likely to develop gradually. They often appear 1 – 3 weeks after exposure to the disease.

Often, life-threatening complications develop at this time. In some cases, signs and symptoms can return up to two weeks after the fever has subsided. You should see your doctor immediately if you think that you might have typhoid fever.

People who live in developed countries, often get typhoid bacteria while they are traveling. Once they have been infected, they can spread this bacteria to others through the fecal-oral route. Salmonella typhi is passed in the feces and in some cases in the urine of infected people. If you eat some food from a person infected with this condition and who has not washed carefully after using the toilet, then you can become infected with typhoid fever.

A small number of people who recover from typhoid fever continue to harbor the bacteria even after antibiotic treatment. These people are known as chronic carriers and they no longer have signs or symptoms of the disease themselves. Still, they shed bacteria in their feces and they are capable of infecting others.