Nail fungus is a common condition which begins as a yellow or white spot under the tip of your toenail or fingernail. As the fungal infection goes deeper, nail fungus can cause your nail to crumble, thicken or to discolor at the edge. This condition can affect several nails but usually not all of your nails. If this condition is mild and it does not bother you, then you may not need treatment. But if your nail fungus is painful and it has caused thickened nails, then you can take self – care steps and medications which can help you. In many cases the treatment of the nail fungus is successful, but it often comes back. This condition is also called tinea unguium and onychomycosis. When the fungus affect the areas between your toes and the skin of your feet, then this condition is known as tinea pedis or Athlete’s foot.

You may have onychomycosis also known as nail fungus, if your nails are:

Infected nails also may separate from the nail bed which is a condition known as onycholysis. You may feel pain in your fingertips or toes and you can also detect a slightly foul odor. If you have taken self – care steps and you have noticed that they did not worked out, then you need to visit your doctor as soon as possible. If you have diabetes and you think that you are developing a nail fungus, then you need to visit your doctor.

Dermatophyte fungus is the most common cause for nail fungal infections. Molds and yeasts can also lead to nail fungus infections. Fungi are microscopic organisms. They do not need sunlight to survive. There are some fungi which have beneficial uses. But also there are other fungi which cause infection and illness. Fungi live in moist and warm environments which is including showers and swimming pools. If your nails are exposed to warm and moist conditions, then fungi can cause you problems. Fungi can invade your skin through cuts which are so tiny and you cannot see them. Also fungi can invade your skin through a small separation between your nail and nail bed. This occurs more often in toenails than the fingernails because:

Risk factors: There are many factors which increase your risk of developing nail fungus such as 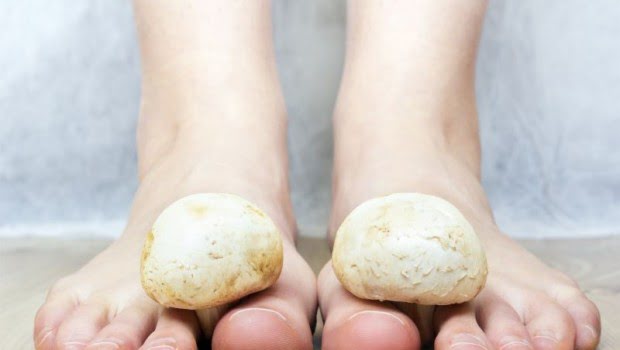 Complications: There are severe cases of nail fungus which can be painful and they can cause permanent damage to your nails. This can lead to other serious infections which can spread beyond your feet if you have a suppressed immune system due to diabetes, medications or other conditions. People, who suffer from diabetes, may have reduced blood circulation and nerve supply in their feet. Also you are at greater risk of a bacterial skin infection, also known as cellulitis. Any minor injury to your feet in which is also included a nail fungal infection, can lead to a more serious complications. If you suffer from diabetes and you think that you are developing a nail fungus, then you should see your doctor.