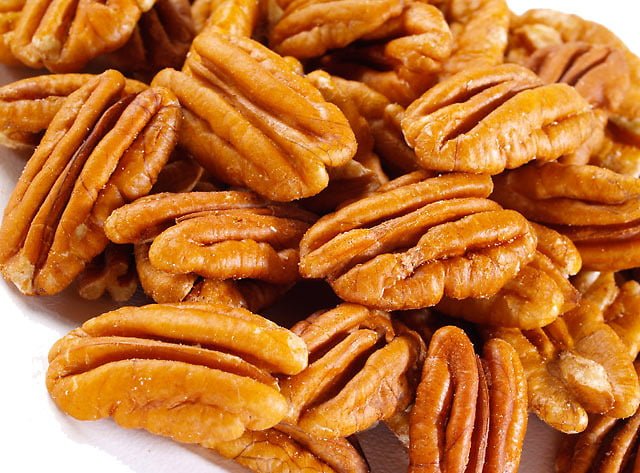 Pecans have many health benefits such as reduce the risk of cancer, gallstone disease, diabetes, hypertension and high cholesterol levels. Pecans have antioxidant properties and they help in weight management. Also they can protect vital organs from toxic effects of Cyclophosphamide. The scientific name of pecan is Carya illinoinensis which is a member of plant family Juglandaceae and it is native to North America. Native Americans have found that pecans have medicinal properties. The pecan tree can grow up to a height of 44 m with flowering happening in the spring season. It is used to grow widely. But in the recent years it has been included in the list of major fruits which are domesticated. Nowadays pecan tree is cultivated in Australia, Asia, southern America and some countries of Africa. This is an important forest tree in the United States of America and it has economical advantage for this country. It is edible in raw state. It can be used in cooking other meals such as desserts. Also it is used by many people in preparation of savory meals. Pecans are rich in vitamins (such as Vitamin A, Vitamin K, Vitamin C, niacin, riboflavin, thiamin etc.), minerals (such as selenium, zinc, iron, calcium, potassium etc.).

Anti – toxicity properties: Pecans have cyclophosphamide which is associated with life – threatening effects such as cancer. There are some studies in which are said that the pecan shell with its antioxidant components can protect our vital organs (such as bladder, heart and kidney) from cyclophosphamide induced toxicity.

Cancer: It is known fact that pecans can help you to reduce the risk of cancer. They are rich in phenolic components – tannins which are associated with the prevention of many diseases such as cancer and cardiovascular disorders. 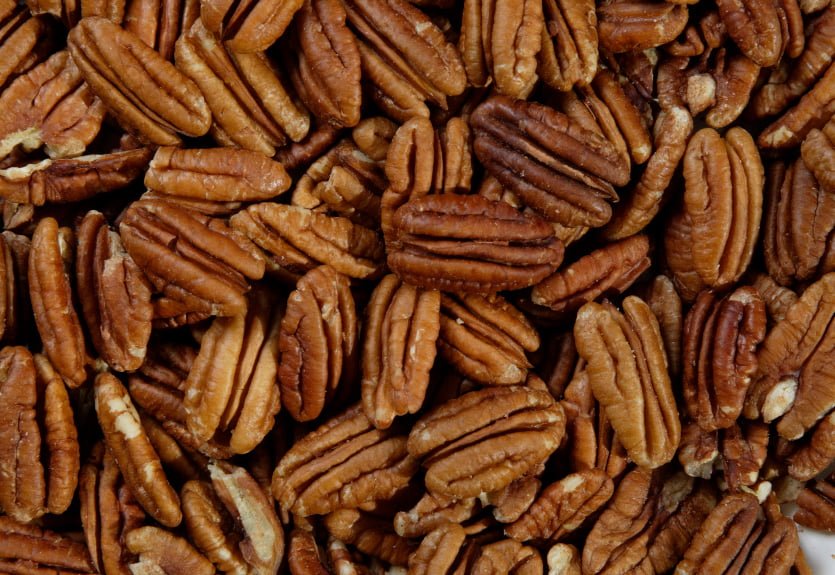 Gallstones: It is known fact that when we consume nuts such as pecans, almonds and peanuts, then they are reducing our risk of gallstones. There are some studies about the pecans in which is said that when men are consuming them at regular basis, then it is reducing the risk of gallstone diseases.

Weight control: These nuts are also very beneficial in managing weight. They are rich in fats but also they have fiber and protein which can make you feel full for longer period. Also they will help the lowering of other foods that are high in calories.

Abundant antioxidants: Pecans have constituents such as flavan – 3 – ol monomers and tocopherol which can help in inhibiting oxidation of the lipids which exist in your blood which in turn offers the protection against heart diseases. There were some studies which were conducted to the effect of pecan on postprandial antioxidant capacity and catechins and decrease the low – density lipoprotein oxidation in people and the studies are suggesting that bioactive composition can contribute to postprandial antioxidant defenses.

Healthy heart: It is known fact that pecans can help you to reduce the risk of heart diseases. Pecans have oxidant properties, Vitamin E and protein which can help in the protection of heart and they will reduce your risk of hypertension.

Diabetes: Pecans are beneficial in maintaining blood sugar levels especially for people who suffer from diabetes. This disease is increasing the risk of cardiovascular disorders and this is a reason why we need to have healthy diet with all important minerals and nutrients. The consumption of pecans is not only recommended for those people who have diabetes but for those aspiring to keep the diabetes at bay. Also there are other studies in which is said that pecans can reduce the risk of diabetes type 2.