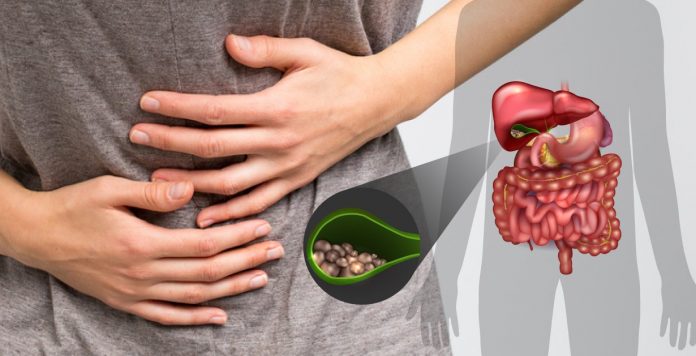 They are hardened deposits of digestive fluid which are forming in the gallbladder. We know that the gallbladder is small and pear – shaped organ which is located on the right side of the abdomen just beneath the liver. The gallbladder holds bile which is a digestive fluid and this fluid is released into the small intestine. Gallstones can range in their size from as small as a grain of sand to large as golf ball. There are some people who develop just one gallstone while other people can have many different gallstones at the same time. People who are experiencing symptoms from their gallstones usually need gallbladder removal surgery. Gallstones that do not cause any signs and symptoms usually do not need treatment.

The gallstone pain can last from several minutes to a few hours.

It is not clear what the cause for gallstones to form is. Doctors think that the gallstones can result when:

Risk factors: Here are some factors which can increase your risk of gallstones:

What is Shin Splints, Symptoms and Causes