When people are thinking of declining levels of testosterone, then they might think of middle – aged or older men. But it is known fact that men who are under 30 can experience low testosterone or “low T”. There are some studies in which are said that testosterone levels tend to peak in men during adolescence and early adulthood. These levels typically decline by about 1% each year and it is starting around age 30. But there are some cases when men can experience declining testosterone levels at a younger age. Low testosterone is a condition in which the body does not produce enough of the hormone testosterone. It is known that both males and females are producing testosterone but it is called “male hormone” because men produce a lot more of it. This hormone is critical for many male characteristics in which are included hair growth, voice deepening, muscle mass development, sperm development and maturation of male sex organs.

The low testosterone can cause many different symptoms such as balding, fat gain, muscle mass loss, infertility and erectile dysfunction. If you think that you have low testosterone levels, then you should talk with your doctor as soon as possible. After age of 30, most men begin to experience a gradual decline in their testosterone levels. When there is a decrease of sex drive, there are some cases when it accompanies the drop in testosterone which is leading many men to think that their loss if interest in sex is caused by getting older. It is known fact that the bottom of a man’s normal total testosterone range is about 300 ng/dL (nanograms per deciliter) and the upper limit of testosterone levels is about 800 ng/dL (nanograms per deciliter) and this depends on the lab. There are many conditions which can lead to lower than normal score on a blood test such as obesity, type 2 diabetes, chronic liver or kidney disease, HIV/AIDS, infection, hormonal disorders, testicular cancer or treatment for testicular cancer and injury to the testicles. There are some cases when low testosterone is caused by an underlying medical condition which requires treatment. In other cases it is caused by unhealthy lifestyle habits which you can change. Your doctor will find the cause of your symptoms and it can help you to manage them.

There are some advertisements for the testosterone replacement products which can lead you to believe that simply feeling cranky or tired is a sign of low testosterone but there are many symptoms not just this. But regardless of the age the symptoms of this condition include:

Many of the mentioned symptoms also can be caused by lifestyle factors or other medical conditions. If you experience some of the above mentioned symptoms of low testosterone, then you need to talk with your doctor as soon as possible. Your doctor will find the cause for your condition and he or she will give you the right treatment. 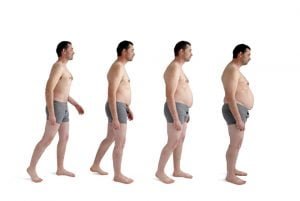 Low testosterone is less common among men under 30 but it can still happen. Here are some factors which could lead to it:

The deviated septum happens when the thin wall between the nasal passages is displaced to one side. There are many cases when people have...
Read more

This is a type of autoimmune disease. MG causes severe muscle weakness. The immune system of the body blocks the signals that are sent...
Read more

Zinc has many health benefits such as increased rate of healing for acne and wounds, energy metabolism, reduction of stress levels, control of diabetes,...
Read more

The interstitial cystitis is also known as painful bladder syndrome. It is a chronic condition which is causing bladder pressure, bladder pain and sometimes...
Read more

The queen’s flower is known more popularly as the Banaba and Giant Crape Myrtle. This is a delicious tree which can be found in...
Read more

This type of disorder is a central nervous system disorder which is resulting in rhythmic muscle spasms or chronic shaking. Essential tremors can happen...
Read more