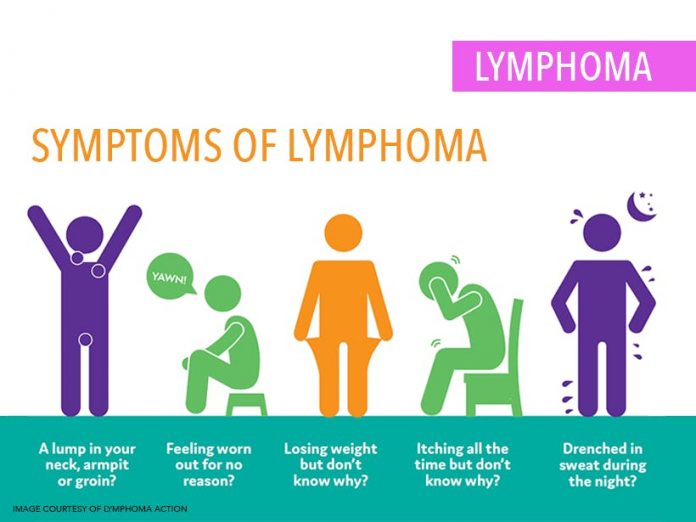 This is a cancer of the lymphatic system which is a part of the body’s germ – fighting network. Lymphatic system is made from bone marrow, thymus gland, spleen and lymph nodes (lymph glands). It is known that lymphoma can affect all of the mentioned areas but also it can affect other organs throughout the body. There are many types of lymphoma and the main subtypes of it are:

The best treatment for your lymphoma depends on the type of lymphoma that you have and its severity. Different therapies can be used, such as a bone marrow transplant, radiation therapy, immunotherapy medications, chemotherapy or some combination of these.

Signs and symptoms of lymphoma

You should talk with your doctor if you have any persistent signs or symptoms which worry you.

Doctors are not sure what the cause for lymphoma is. It is known that lymphoma begins when lymphocyte (a disease-fighting white blood cell) develops a genetic mutation. This mutation is telling the cell to multiply rapidly which is causing diseased lymphocytes that continue to multiply. Also, this mutation is allowing the cells to go living when other cells would die. This is causing too many diseases and ineffective cells in your lymph nodes which are causing the lymph nodes to swell.

Risk factors: Here are some factors which can increase the risk of lymphoma: