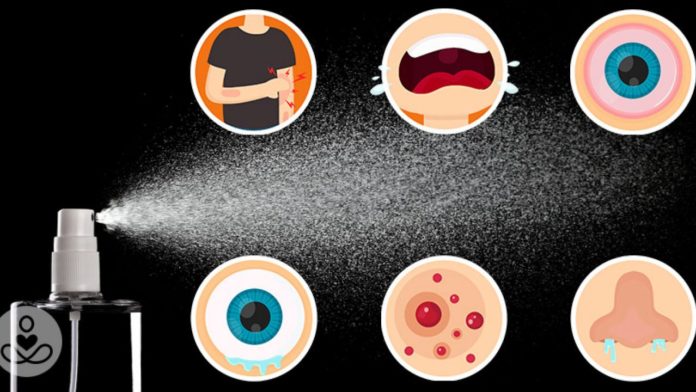 People who have multiple chemical sensitivity get a wide array of complex symptoms which can range from low levels of exposure to chemicals. These levels will not cause symptoms in many people. People who suffer from the multiple chemical sensitivity will have multi – system illnesses which are result of the exposure to a wide variety of environmental chemicals.

The multiple chemical sensitivity is a condition within the sphere where of the environmental sensitivities which is a descriptor used in the wider sense to describe a variety of reactions to environmental stressors, including chemicals and physical phenomena, such as electromagnetic radiation which are found at levels that are commonly tolerated by the majority of people. You should know that the multiple chemical sensitivity is a chronic condition.

Symptoms can improve or resolve when the trigger chemicals are removed and multiple organs can be affected by this condition. There are not reliable tests to diagnose the multiple chemical sensitivity and there are no effective or proven treatments for this condition. Somme doctors prescribe antidepressants because they think that they can help dealing people with the symptoms of multiple chemical sensitivity. Other doctors have found that medications for sleep and anxiety have helped to their patients. They can help to treat specific symptoms, such as headaches.

There are many people who have found their treatment on their own. Some people have found that experiencing certain foods or chemicals can make their symptoms worse. When you avoid things which trigger your symptoms, then they can help to improve your condition. There are some things which have shown that can help a lot to people who suffer from multiple chemical sensitivity, such as quitting a job; avoiding any possible allergens and pollutants; and going on a very strict diet.

The most common symptoms of the multiple chemical sensitivity include mood changes; memory problems; trouble concentrating; confusion, gas, bloating; diarrhea; skin rash; muscle pain or stiffness; breathing problems; changes in heart rhythm; chest pain; sore throat; sneezing; itching; congestion; nausea; dizziness; fatigue and headache. The triggers which can set off people’s symptoms vary a lot. They include chlorine, new carpet, insecticide, perfume, auto exhaust and tobacco smoke. Those feelings are real and they can happen for many different reasons. Many people ask if the multiple chemical sensitivity is an illness but the health experts do not agree with it.

It is known that the high doses of chemicals can make people sick and the irritants, such as cigarette smoke and pollution can worsen conditions like asthma. It is not known how low levels of chemical exposure affect people. There are some doctors which suggest that it is an immune response similar to allergies. Other doctors say that the symptoms stem from an extreme sensitivity to certain smells.

Also, it is a possible that some conditions, like anxiety and depression can play a role in it. There are some cases when people point to a major event, like a chemical spell. Also, they can link their symptoms to contact with low levels of chemicals at work, such as if their office has poor ventilation. Some people say that the levels of exposure generally considered safe for most people can have an effect on a few.

In many cases when people are suffering from a blastomycosis, they are feeling that they have flu. But when they have visited their doctor,...
Read more

If you want to add delicious and exotic berry to your diet, then the miracle fruit is the best option for you. It has...
Read more

Our bodies need healthy meals that have nutrients so the body can function well. This is important for the overall health. As we are...
Read more

The Ezekiel bread has a biblical name but also it has many health benefits. Some of the most important benefits of this type of...
Read more

The sebaceous glands are attached to the hair follicles all over the body. These glands are releasing sebum onto the skin’s surface. Sebum is...
Read more

Polycystic ovary syndrome is a very common condition that is related to hormonal imbalance in women in their reproductive ages. This condition is characterized...
Read more