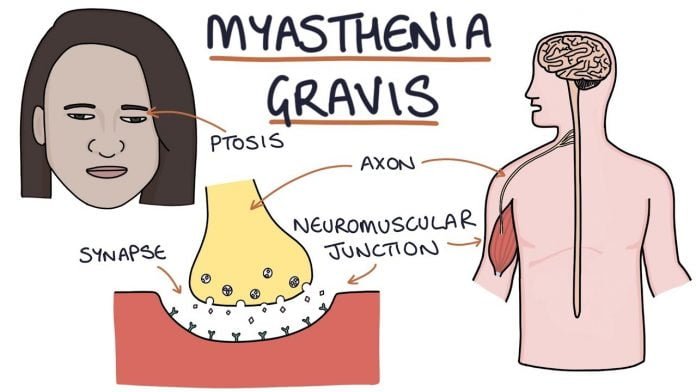 This condition is characterized by weakness and rapid fatigue of any of the muscles under the voluntary control. This condition is caused by a breakdown in the normal communication between your nerves and your muscles.

There is not cure for this condition. The treatment which is used for myasthenia gravis can help you to get a relief from the symptoms, such as drooping eyelids, double vision, weakness of arm or leg muscles and difficulties with breathing, swallowing, chewing and speech. This condition can affect people of all ages, but it is most commonly seen in women younger than 40 and men older than 60. 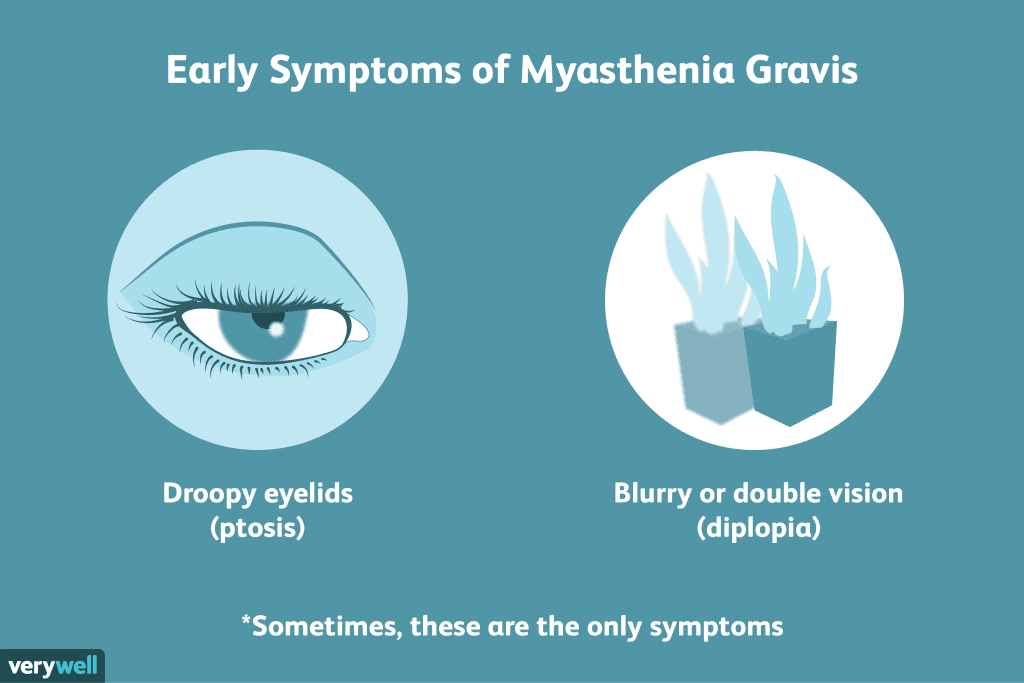 It is known that the muscle weakness caused by myasthenia gravis can worsen as the affected muscle is used repeatedly. Usually, symptoms improve with rest which means that your symptoms can come and go. But the symptoms of myasthenia gravis tend to progress over time and usually they are reaching their worst in a period of a few years after the onset of the myasthenia gravis. This condition can affect any of the muscles which will control voluntarily, but certain muscle groups are more commonly affected than others.

The damage which is caused to the neuromuscular membrane is reducing the effect of neurotransmitter substance which is very important for the communication between the nerve cells and muscles which is resulting in muscle weakness. The exact cause for this autoimmune reaction is not known. There are some theories in which are said that bacterial or viral proteins can prompt the body to attack the acetylcholine. There are some factors which can worsen the myasthenia gravis, such as stress; illness; fatigue and medications (like some antibiotics, certain anesthetics, phenytoin, quinidine sulfate, beta blockers and quinine).

Thymus tumors: It is noticed that about 15% of people who have myasthenia gravis have a tumor in their thymus which is a gland under breastbone that is involved with the immune system. Most of the thymomas tumors are not cancerous.

Myasthenic crisis: This is a life – threatening condition which is happening when the muscles that are controlling breathing are becoming too weak to do their job.