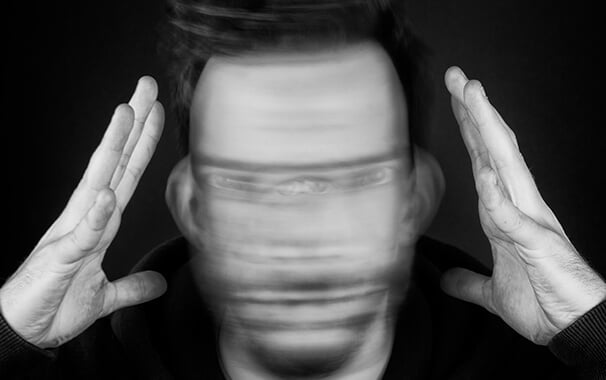 This is a chronic and challenging brain disorder in which an individual is experiencing difficulties in making differences between imaginary things and real things. The most common symptoms that are associated with schizophrenia are neglecting basic personal hygiene, emotional flatness, disorganized behavior, incoherent speech, abnormal motor behavior, thought disorders, hallucinations, and delusions [1].

Also, schizophrenia is linked to suicidal behavior and thoughts. The exact cause of the disorder is not known, but it is believed that it is a combination of environmental, psychological, physical, and genetic factors.

Also, there are other factors that could lead to schizophrenia, such as different brain chemistry, taking mind-altering drugs during young adulthood [2], prenatal viral infections, and stress during pregnancy. This serious disorder can be managed and controlled with proper treatment and support from family and friends.

Also, there are some home remedies that can help to reduce the number of schizophrenic episodes, which depends on the severity of schizophrenia. This is a serious mental illness, and it should be treated under expert supervision.

Also, it is highly recommended to get this condition diagnosed and treated professionally. Talk with your doctor before you start using some of the below-mentioned home remedies for schizophrenia because we do not guarantee that they will help you.

It is very important to do regular exercises because it can help to maintain physical and mental well–being for people who suffer from schizophrenia.

Also, it can alleviate depression and anxiety, and it will improve your mood. You should engage in thirty minutes of moderate physical activity on a daily basis. You can try training exercises, jogging or strength exercises, or walking.

Also, yoga is considered an add-on therapy for schizophrenia because it can help to reduce psychotic symptoms, improve cognition and the quality of life and produce neurobiological changes.

Antioxidant vitamins like Vitamin A, Vitamin C, and Vitamin E are considered very effective home remedies for reducing the severity of schizophrenia. Also, it is known that Vitamin C is anti-stress vitamin [3].

There are some studies in which it is said that oxidative stress can also be a cause of schizophrenia. Antioxidants can help to neutralize free radicals, and they can reduce oxidative stress. You should include antioxidant-rich foods in your diets, such as carrots, spinach, Indian gooseberry, oranges, lemons, strawberries, and blueberries.

Also, you can take vitamin and multivitamin supplements. You need to talk with your doctor before you start taking supplements.

Brahmi is also known as bacopa. This is popular Ayurvedic medicine that can enhance cognitive ability. There are some animal studies which are shown that this natural cure can help to improve schizophrenia.

It is not known the exact mechanism of how this natural cure is doing this, but it is believed that it can help to stabilize some chemicals in the brain. Also, it exhibits neuroprotective properties. You should take 500 mg of Brahmi extract on a daily basis for at least one month. [4]

It is a known fact that people who suffer from schizophrenia have lower levels of Omega – 3 fatty acids in their blood because it is associated with a depletion of certain fatty acids.

Also, fish oil supplements are rich in EPA (eicosapentaenoic acid), which can help to reduce the symptoms of schizophrenia. There was one study in 2010 in which it was said that Omega – 3 PUFAs (polyunsaturated fatty acids) could help to risk the risk of developing psychotic illnesses [5]. You should take 1 – 4 grams of fish oil supplements on a daily basis.

You need to talk with your doctor for the proper diagnosis, especially if you are taking medicines for cardiovascular disease, diabetes, or blood thinning medications. Also, you should include trout, sardine, salmon, and other cold fish in your diet. Also, you can eat seeds that have Omega – 3 fatty acids, such as pumpkin seeds and flaxseeds.

There are many studies about this home remedy in which are said that it can be used as an adjunctive treatment for schizophrenia because it can help to enhance the effectiveness of antipsychotics [6]. 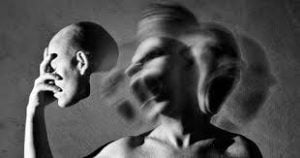 This natural cure is considered a very effective home remedy for improving concentration, thinking, and memory. There was one study in 2008 in which it was found that this natural cure could help to reduce some of the negative symptoms of schizophrenia which included lack of emotional expression (flat affect) in the patients [7].

It is believed that this home remedy hits the same brain receptors as antipsychotic drugs. You should take 200 mg of Panax ginseng on a daily basis for a period of several weeks after you have talked with your doctor. You should not confuse the Panax ginseng with the Siberian and American ginseng.

This home remedy has calming and soothing properties, which can help to promote restful sleep, and this is very helpful for people who suffer from schizophrenia. In one cup of hot water, you should add one teaspoon of dried chamomile flowers. You should cover it and then allow it to steep for five minutes. You should strain this solution. You should drink it on a daily basis in the evening.

This home remedy is very useful for anxiety, depression, and other psychiatric disorders due to its antidepressant and anxiolytic effect.

There was one study in 2013 in which it was said that this herb can offer cholesterol and blood glucose lowering properties to combat the side effects of antipsychotics that are associated with a higher incidence of metabolic syndrome [8]. You should take 500 mg of ashwagandha supplement capsules four times per day for at least one month.

It was found that the gluten-free diet can help to reduce the symptoms of schizophrenia, but these benefits were realized only in a specific subgroup of people.

It is a known fact that gluten is composed of some grains, especially wheat. There are also some studies on ketogenic diets which are showing promising results. This type of diet is a low-carbohydrate and high-fat diet, which is protein foods. But there are many cases in which diet changes are not making a difference for people who suffer from schizophrenia.

There should be a lot more studies in the future to determine if there is some connection between schizophrenia and diet. Before you make any major changes to your diet, you need to speak with your doctor. You should not make a diet change to replace some medication.

You can use the seeds of green cardamom as your natural treatment for schizophrenia because they are effective for the nervous system.

You should steep one teaspoon of powdered cardamom seeds in one cup of hot water for five to ten minutes. You should strain it and then sweeten it with some sugar or honey. You should drink this home remedy two times per day.

It is a known fact that basil leaves have antioxidant properties, and they can help to promote brain functionality which can help to improve the symptoms of schizophrenia.

You should steep a few basil leaves in hot water for about five minutes. You should strain it and sweeten it with honey. You should drink this home remedy two times per day.

This is a protein-building block. In other words, said, it is an amino acid. Glycine works with glutamine which can aid in brain function. There are some studies in which it is said that the high doses of glycine has boosted the efficacy of antipsychotic drugs which are used for the treatment of schizophrenia [9].

But there are some exceptions.

It is said that glycine can decrease the effectiveness of the drug called clozapine [10]. This home remedy can decrease the negative symptoms of schizophrenia, such as depression and flat affect. But there should be a lot more studies in the future to determine the potential benefits of glycine.

There are some minerals and compounds in the licorice root which are very helpful for treating brain disorders. This is a very effective herb that can help to reduce anxiety and stress.

You should add one teaspoon of licorice root to hot water and let it stay there for 15 minutes. You should strain it and serve it to the patient. If you consume this home remedy on a daily basis and in the morning on an empty stomach, then you will notice excellent results.