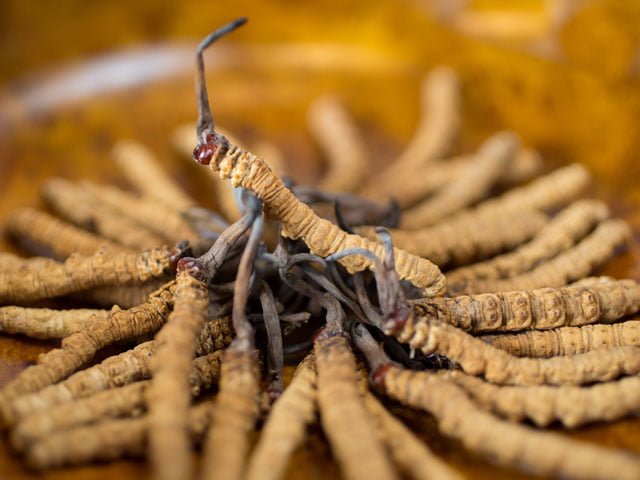 Many people do not know what is cordyceps. It is a type of fungus which is found living on certain types of caterpillars. Cordyceps are most commonly found in the high mountain or tundra regions of China. This type of fungus is known by many different names such as Tochukaso, Caterpillar Fungus, Champignon Chenille, Caterpillar Mushroom etc. In the traditional Asian and Chinese medicine, the cordyceps was used for centuries. The Western medicine is not knowing many of its health benefits. There are many constituents of cordyceps which have health promoting benefits and they include minerals, vitamins, essential amino acids, proteins, polysaccharides, sterides and nucleosides. There are other chemical constituents such as 3’ – deoxyadenosine, uridine, uracil, thymidine, thymine, hypoxanthicine nucleoside, guanidine, ergosterol peroxide, D – mannitol, cholesteryl palmitate, adenosine and adenine. Talk with your doctor before you start using cordyceps in your diet.


Regulating the body’s blood lipids: There are many studies in which are shown that this healthy fungus can help to lower the blood cholesterol and triglycerides levels in the body. Also it can improve the high – density lipoprotein content in the body. In this way, the cordyceps can help to reduce atherosclerosis.

Regulation of hematopoietic functions: It is known that the cordyceps can enhance the bone marrow in order to generate platelets. Also this fungus can help to increase the red and white blood cell in the body.

Helps in the regulation of the renal function: This fungus has the ability to reduce the chronic kidney disease. It can improve the basic kidney function and also it can reduce the toxicity which is result to kidney damage.

Helps in the adjustment of the respiratory system function: Cordyceps can cure asthma, prevent pulmonary emphysema and help in the expansion of bronchus.

Helps in the regulation of liver function: This fungus can help to reduce the toxic substances which are released by the body as a result of diseases like liver fibrosis. Also it can help you to regulate the immune system by enhancing the basic anti – viral capabilities of the body and it plays a beneficial role in preventing and treating viral hepatitis. 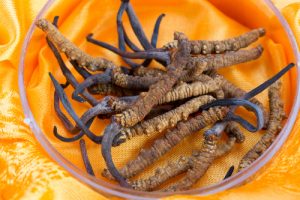 
Reduces fatigue and boosts cellular energy: The cordyceps can help to rejuvenate the body and it can reduce the fatigue. Also it can increase the mitochondrial energy and it can heighten the body’s ability to increase the basal temperature.

Tumor preventative effects: The cordyceps extracts can help in killing tumor cells when this extract is taken in vitro with a specific inhibition. It is rich in cordycepin which has anti – tumor properties that can help to reduce the tumor size in the body.

Immune system function regulation: This fungus can increase the growth of the immune system cells and it can promote the antibody production in the body and it can enhance its function.

Energy tonic: There are some people who are using cordyceps as a tonic which can reduce fatigue, enhance stamina and increase energy.

Prevents cancer: This fungus can help to prevent cancer through activity against cancer cells. There is one study which is underway to determine if the cordyceps can shrink the tumor size, particularly in the cases of skin or lung cancers.

Body’s immunity boost: The cordyceps can boost the immune system of the body. Also it has anti – aging properties which can help to promote a longer life and they can help to improve the liver function for people who are suffering from hepatitis B.