Attention deficit hyperactivity disorder (ADHD) is mostly diagnosed in children, but also there is adult ADHD. This is brain disorder and in the most cases is genetic transmitted. People who are affected with this disease are impulsive, they are having poor learning abilities and they are hyperactive. Also those people are easily bored, do not listen, easily distracted, they are prone to lose things, having frequent mood swings, unstable relationship, disorganized, low tolerance of people, increased risk for addiction, difficulty focusing and concentrating on task etc. There medicines and home remedies for this disease. But we recommend you to try home remedies because they are more effective compared to medicines.

This mineral is controlling over 300 biochemical reactions in the body. It is the main role for function of the body. If you are having low magnesium in your body, then you have more chances to get mental disorder. You will have mental confusion, not paying attention and you will be easily irritable. Those are just some symptoms of ADHD. Most cases have shown that of you are having magnesium deficiency in your body, and then you will have increased risk for having ADHD. [1,11]

This herb helps in reducing the anxiety and depression. Also it is improving focus, memory and cognitive fuzziness. [2] 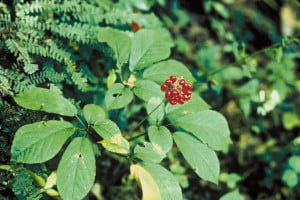 This herb contains many nutrients which are vital for the organism. Here we can include vitamin B. It is improving the mental health and is making the brain to function better. Also it is improving the anxiety, depression, poor memory and short-attention spans. [5]

This herb functions like sedative. It is important to be taken by people who are affected with ADHD because is improving attention, concentration, intellectual capacity, acuity and clarity of thought. Also is reducing the hyperactivity in those people. When older people are taking this herb, they are improving their memory and the time they are using for learning is shorter now. [6]

This nut has nutritive components which are effective for the brain. It is reducing the mental stress, weakness, overwork, exhaustion and nervousness. Also it is improving the clarity. Oats eating great for weaning and transitioning off medicines. [8]

This herb is reducing irritability, nervousness, restlessness, crying spells and attention deficit disorder. It is used as a sedative and is not having any side effect. It is relaxing the muscular spasms. Also is relieving from the frequent headaches. [7]

This herb is given to improve the hyperactivity in children. It is calming down the nervous system and it can be used as long-term medicine. It is good for nervous exhaustion. This herb regulates attention and mood. Also it is relieving you from apathy, sadness, isolation, low-self esteem, shame, guilt and anger. [9]

This herb can reduce the emotional disorders in kids. It is used as a sedative in the medicine. It balances the overactive nervous system in kids. California Poppy is reducing the attention disorders and is decreasing the spasms. If you are having hard falling asleep or you cannot easily wake up, then you should consume this herb.

It is reducing the tension, stress, hyperactivity, restlessness and attention deficit disorders. It is promoting restful sleep. Catnip balances hysteria and mood swings. It helps to headache, colic or stomach ache and diarrhea. [5]

This plant is used for restlessness, irritability, nervous tension, excitability and insomnia. This plant should not be used when you are having depression. Hops are improving your mood and calming you down. Also it is stimulating digestion and is relieving you from the intestinal discomfort. [5]

It contains the most antioxidants which are known. It is improving the brain blood flow. This herb is protecting your brain from variety toxins and free radicals that are damaging your brain. Also it has ability to strength your brain capillaries.

People who have ADHD are not having enough amount of zinc in their bodies. Many cases have shown that you should add zinc supplements in your body if you are having ADHD. It is reducing the hyperactivity and is improving the bad behavior. Also it is improving the attention in people which are affected with this disease. If you are having ADHD, then you should eat food rich with zinc. Nuts, dairy products, beans, whole grain and seafood contain zinc. Your impulsivity will be improved and also you will have bigger success in your work activities. [10,11]

Fish oil is used in many cases to improve the ADHD in adults. If you use fish oil in your daily meals, then you will decrease the impulsivity and hyperactivity, improve the mental skills and reduces the sadness and attentiveness.

Children which have ADHD can have more problems with falling asleep and to wake up in the morning. Herbal tea contains lemon grass, spearmint, chamomile and other herbs which are safe for children and adults. If you want to relax yourself, then you should drink herbal tea. It is promoting sleep and rest. You should use this tea before you go to sleep.

This plant is also known as water hyssop. This plant is growing in India. It is used to improve the memory and brain function. Leaves and the stems of this plant are used for making remedy from this plant. It is used as a secondary remedy for ADHD. Many medical experts are recommending to use first other remedies and if they are not helping, then to use brahmi. Adults which were using brahmi have improved their memory and they easily can learn new things. Also they have improved their brain function and they easily can memorize things. [12]

These oats are unripe oats. This product comes from crop before it matures. In the stores you can find them under the name Avena sativa. They are relieving from stress and anxiety and are calming the nerves. It is boosting the concentration and attention. People who used the extract from this oats have increased their memory. They could easily memorize newer things and they have avoided the errors. Also they have improved their cognitive performance.

Pine bark is a plant extract from the bark of the pine tree (French maritime pine tree). In many studies which were taken for this bark, have showed results that people have decreased their hyperactivity and improved their concentration and attention. Also it is helping to people to normalize their antioxidant levels. Pine bark is lowering the stress hormones. It is also decreasing the amount of the neurostimulant dopamine.

Before you use this herb, you should first consult with your doctor because it can have some side effects for you. But this herb is used in medicine to treat ADHD because is reducing the stress, nervousness and anxiety.

Use this herb as sedative. It will calm you down and you will have improved brain functions.

[7] The use of alternative therapies in treating children with attention deficit hyperactivity disorder. Paediatrics Child Health. 2002;7(10):710–718.