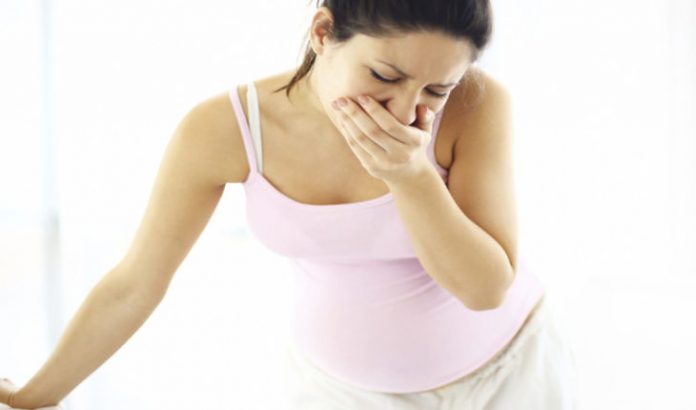 This condition is characterized by nausea with or without vomiting. Morning sickness is most common during the first trimester and in some cases it begins as early as 2 weeks after conception. If you vomit blood, your heart races, you feel dizzy or faint when you stand up, then you should talk with your doctor. Also you should visit your doctor if you cannot keep down liquids, you pass only a small amount of urine or it is dark in color or the nausea and vomiting is severe.

Causes: It is not clear what the cause for morning sickness is but it is thought that the hormonal changes of pregnancy are playing a role in it. It is known fact that early in pregnancy, the levels of the hormones estrogen and hCG (human chorionic gonadotropin) rise. In the early pregnancy there is an enhanced sense of sensitivity and smell to odors which can also lead to nausea. Also it is possible that there are some women who have so – called sensitive stomach which means that they are more sensitive to hormonal changes of pregnancy than other women. There are not sure evidences but some doctors are thinking that morning sickness can result from an abnormal response to stress early in pregnancy. There are very rare cases when the severe or persistent nausea or vomiting can be caused by a medical condition which is not related to pregnancy such as liver or thyroid disease. 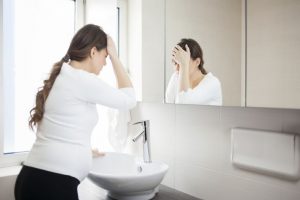 You are having increases chances of experiencing hyperemesis gravidarum if:

Complications: In the most cases the morning sickness is not causing complications for the mother or baby. Also in some studies is said that if you are underweight before the pregnancy and if the morning sickness is preventing you from gaining a healthy amount of weight during the pregnancy, then your baby can be born underweight. There are rare cases when the frequent vomiting can lead to tears in the tube which is connecting the mouth to the stomach (esophagus).

What is Rib Pain? Its Symptoms and Causes