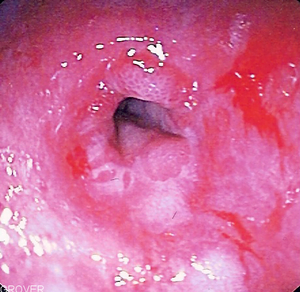 You can prevent the esophageal stricture by avoiding substances which can damage your esophagus. You should protect your children by keeping all corrosive household substances out of their reach. Also, if you suffer from GERD, you should treat the symptoms of it because this can help you to reduce your risk for esophageal stricture. 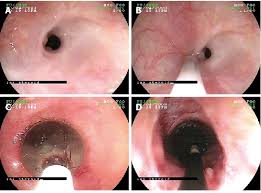 You should follow the instructions of your doctor about your dietary and lifestyle choices which can minimize the backup of acid into your esophagus. Also, it is important to make sure that all medications are prescribed to control the symptoms of the GERD.

The most common symptoms of the esophageal stricture [1] are next:

If the esophageal stricture is caused by GERD, then you can experience a change in your voice; sore throat; cough; burning sensation in your throat or mouth; bad breath; stomach or chest pain and heartburn.

GERD (gastroesophageal reflux disease) is one of the main causes for esophageal stricture. GERD is a condition in which excessive acid is refluxed from the stomach up into the esophagus. [2]

It is noticed that solid and dense foods can lodge in the esophagus when it narrows which can cause difficulty breathing or choking. Problems with swallowing can prevent you from getting enough food and liquid which lead to malnutrition and dehydration. Also, there is a risk of getting pulmonary aspiration which happens when vomit, food or fluids enter in your lungs.

This can result in aspiration pneumonia or an infection which is caused by bacteria growing around the food, vomit or fluids in the lung. If your doctor has noticed that the medications and esophageal dilation are ineffective, then your doctor can recommend you a surgery. The surgical procedure can repair your LES and it can help to prevent the GERD symptoms. The treatment which your doctor will give you can correct the esophageal stricture and it can help you to get a relief from the symptoms of it.

But the esophageal stricture can happen again. It is noticed that among people who undergo esophageal dilation, approximately 30% need another dilation in a period of one year. Many patients need to take medications throughout their lifetime to control GERD and to reduce the risk of developing another esophageal stricture.