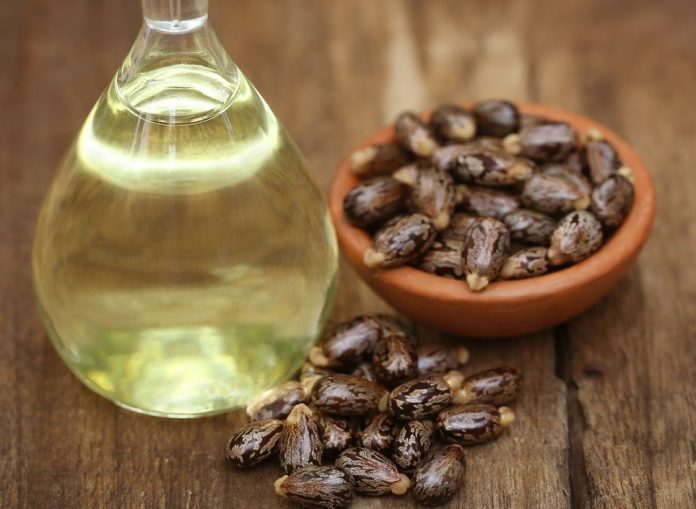 This oil has many health benefits such as hair and skin care, relief from constipation, menstrual disorders and rheumatism. Also it can help in birth control, proper lactation and oral care. This is odorless and tasteless oil which is extracted from castor seeds and it is obtained from the castor oil which has the scientific name Ricinus Communis. This oil was nightmare for children about a half century ago because it was extensively used as a purgative, but the most was used as a medicine against all ailments in children and elderly. These possible illnesses ranged from fever, cold and cough to skin diseases, tapeworms and roundworms, ingestion of any poisonous material, indigestion, constipation and a number of others. The idea behind these treatments was the malfunction in the stomach is the root cause for all problems. So whenever someone has a problem, he or she needed a thorough cleansing of his or her digestive system and the problem would disappear. All the medicinal uses are mostly due to its disinfectant, purgative, toxic and germicidal properties. This oil is a vegetable oil that comes from a pressing and extracting process of the castor plant. Castor seeds are rich in triglyceride which is making them so valuable. But these seeds also have small amount of toxin known as ricin which is potentially deadly in excess or concentrated amounts. But the health benefits of castor seed oil, in most cases, outweigh this risk. This oil was infamous for some reasons. It was used in poisons and even to kill people. When castor seed oil is administered in lower dosages, it induces sickness, vomiting, nausea and loose bowels. It is not very nutritious or healthy and this is a reason why it is found more in industries than in edibles.

Hair care: Castor seed oil has ricin and ricinolein which have fungicidal, insecticidal and germicidal properties which can protect your hair and scalp from fungal and microbial infections, which are two prime causes for hair loss. Also this oil has fatty acids which will nourish the hair and they will prevent the scalp from drying by retaining moisture.

Stimulates lactation: It is known fact that most substances that are considered as emmenagogues, are also galactagogues by nature which means that they can stimulate the secretion of milk. Castor seed oil will ease and enhance the milk flow. Also it will increase the quantity of milk due to the presence of fatty acids in it. The cold – compressed form of castor seed oil can be taken in low doses to avoid any adverse effects on infants.

Eases constipation: The castor seed oil is most widely used as a laxative. This is a very effective natural treatment for extreme cases of constipation where bulk laxatives do not work. 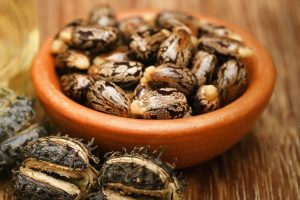 
Skin care: Castor seed oil has undecylenic acid which possesses disinfectant and germicidal properties. It can be used as a treatment for skin ulcers and skin diseases, particularly those which are caused by fungal or bacterial infections.

Relieves menstrual disorders: Castor seed oil has ricinoleic acid which is emmenagogue by nature and nature and it stimulates menstruation in cases of obstructed, painful or delayed menses. It will give a relief from the pain during menstruation.

Helps in birth control: This oil has toxin known as ricin (a protein) and if it is administered in low dosages, then it acts as a germicidal substance. Due to this property, castor seed oil can be used as a spermicide in spermicidal lotions and gels. If administered to pregnant women in higher dosage, then it can cause abortion. But this second mode of birth control can be fatal for mother too and this is a reason why it is never recommended.

Treats rheumatism: This type of oil has linoleic, ricinoleic and other fatty acids which are very effective in the treatment of gout, arthritis and rheumatism. They can easily penetrate through the skin. This oil is mixed with other medicines for rheumatism to facilitate their penetration and to enhance their effects.