The butterbur is also known as European butterbur in North America. It is a perennial herbal shrub which belongs to the Asteraceae family. The butterbur can be found growing along river, ditches and marshy areas in Asia, Europe and parts of North America. The butterbur is derived from its large leaves, which are traditionally used as a wrapper for the butter blocks during the warm weather. The butterbur has lilac – pink flowers and leaves which can grow and broaden to as much as 3 feet in diameter. Also, there is another butterbur variant which grows in Japan and it is known as Petasites japonicus or Fuki.

The butterbur can be distinguished through its round and dark – green leaves and fat petioles and it thrives in the moist, fertile or heavy clay soil. Nowadays, butterbur, particularly its bulbs, leaves and roots, are used as alternative remedy for many different conditions. It is known that the butterbur extract can help to ease headaches and migraine, allergies and spasms of the gastrointestinal and urogenital tracts, due to its spasmolytic and anti – inflammatory properties.

Usually, the butterbur products are made with the butterbur extract taken from its roots and leaves. Also, the butterbur has culinary uses. It is added to pickles and stir – fry recipes along with miso. If you are allergic to plants, like chrysanthemum, daisy, marigold or ragweed, then you should avoid the intake of butterbur, because all of these plants come from the Compositae family. Also, the raw and unprocessed butterbur needs to be avoided because it has pyrrolizidine alkaloids. Here are some health benefits of butterbur:

In one study done in 2005 was shown that the butterbur has neuroprotective effects in mice. It is noticed that the combination of butterbur extract and rough aster or Eurybia radula was able to maintain the balance of free radicals and antioxidants in the mice’s brains. [1] 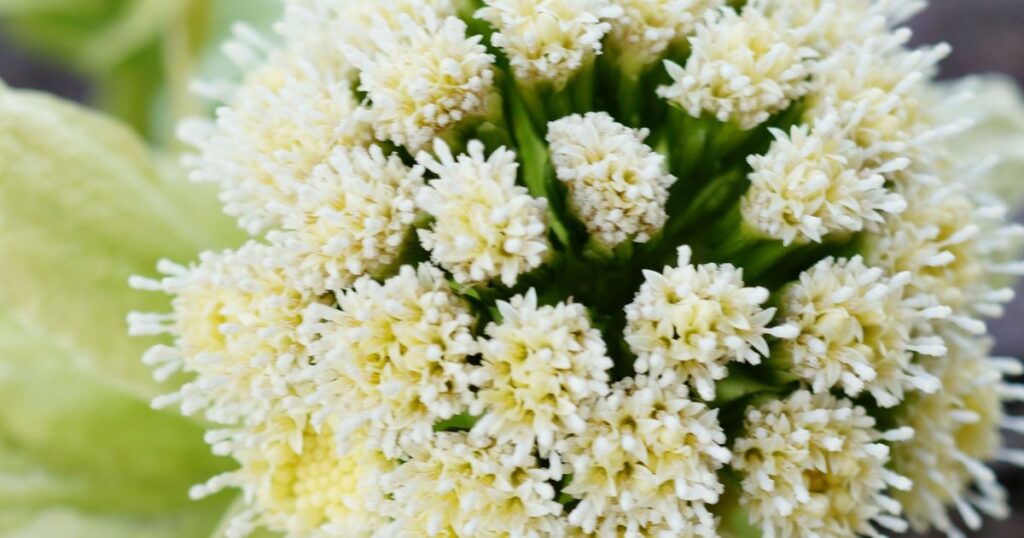 There was a recent study in which is shown that leaves of butterbur can effectively mitigate the death of neuronal cell, which is a symptom of Alzheimer’s disease. [2]

The butterbur has compounds which can help people to get a relief from the bronchial muscle contraction, as like those experienced by asthmatics. It is a natural antihistamine which can help to suppress the symptoms of asthma. [3]

In one study done in 2005 was found that the Petasites extract from the butterbur root can reduce the migraine attacks, even among children and teenagers, with only a low rate of burping as its side effect [4]. In another study was found that butterbur has positive effect for migraines and it has the same medicinal effects, as the music therapy among school – aged participants [5]. In another study done for the efficacy of butterbur for headaches, has proven that its prophylactic effects are through the anti – inflammatory properties present in this extract.

SSD (somatic symptom disorder) is often causing for stress and anxiety, with or without physical explanation. In one study done in 2009 was found that herbal drugs with the butterbur root may be an effective treatment for people with somatoform disorders on a short – term basis. [6]

There was one study done in Japan in which is shown that the Japanese butterbur has expectorant properties, which can help to eliminate the allergic reaction due to the cedar pollen dispersal.

In one study done on obesity – prone mice was found that the methanol extract has antioxidants, such as glycosides, polyphenols or petaslignolide from butterbur stabilizes the cholesterol levels. This makes the butterbur a helpful ingredient in combating obesity and cardiovascular diseases. [7]

There are many different conditions which can be a reason for smooth muscle spasms, such as gastroenteritis, gastritis, constipation and dehydration. In one study was found that oxopetasan esters and isopetasin in the butterbur have medicinal properties which can help to support these spasms. Also, in one animal study was shown that the ethanolic extract of butterbur can help to shrink the size of stomach ulcers. [8]