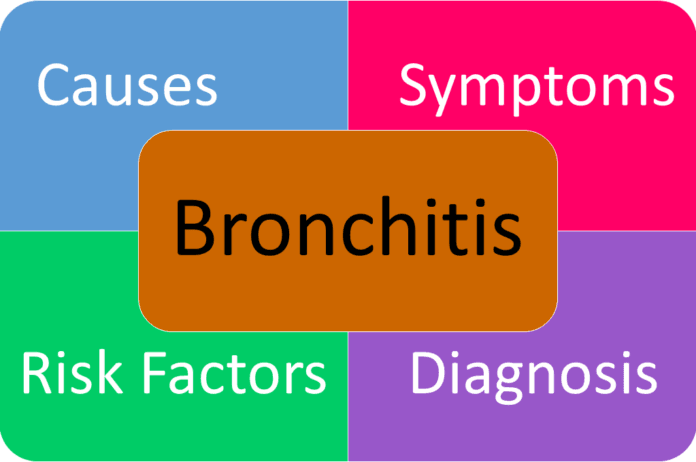 Symptoms: No matter what kind of bronchitis you have (acute or chronic) the symptoms of this disease are common:

When to see a doctor? You should visit your doctor of your cough:

When you have felt some of the mentioned symptoms, then you should visit your doctor. He or she will refer you to pulmonologist who is doctor specialized in lung diseases. Before you visit your doctor, you should know if you had flu or pneumonia in the past. Tell your doctor if you have used some medications for your condition. Also you should tell your doctor if there is some kind of lung irritation at your job. Also it is very effective if you have some family member at the appointment because it is very helpful to have someone who can remember everything when you are in a stressful situation. If you have visited other doctors and they have made some tests on you, then you should also tell this to your doctor. Your doctor can ask you some of the next questions:

Causes: Acute bronchitis is caused by influenza. Influenza is virus which is causing cold and flu [2]. It is known from the medicine that antibiotics are not killing this type of virus, so you should consult with your doctor about the right medical treatment for your situation. People who are smoking are having the biggest risk for chronic-bronchitis. [1] Also people who are exposed to dust, air pollution and toxic gases [3] are having increased chances to get chronic-bronchitis.

Risk factors: Here are the risk factors which can increase the risk of getting bronchitis:

[5] Baur X, Bakehe P, Vellguth H. Bronchial asthma and COPD due to irritants in the workplace – an evidence-based approach. Journal of Occupational Medicine and Toxicology. 2012.