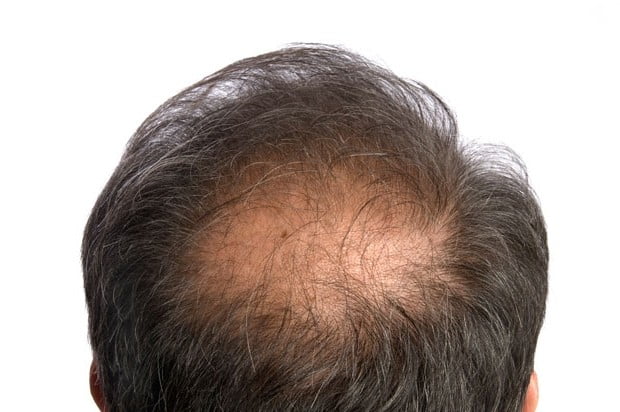 It is known that every single person loses hair all the time, maybe up to 100 strands a day. Hair fall out, then grow back in and this cycle starts over again. But there are many males who will start to notice that they are losing more hair than before and their hair is not growing back. There are some studies in which are shown that as many as 85% of men will have some sort of hair loss in their lives and this hair loss can be caused by many different reasons. Alopecia in men is known as male pattern baldness. It is also called androgenic alopecia. It is the most common type of hair loss that is happening in men. There was one study which was done by the U.S. National Library of Medicine (NLM) in which was said that more than 50% of all men over the age of 50 will be affected by this condition to some extent. If you have noticed that your hair loss begins at the temples or the crown of your head, then you might have male pattern baldness. There are some men who will get a single bald spot. There are other people who experience the hairlines receding to form an “M” shape. In some cases, the hairline will continue to recede until most or all of his hair is gone. You should know that there is no known way to prevent this condition. There is one theory in which is said that the stress can cause the hair loss by increasing the production levels of sex hormones in the body. You can reduce your stress by participating in relaxing activities such as enjoying more quit time, listening to calming music and walking. If your hair loss starts after a medicine, then talk with your doctor.

It is known fact that the typical pattern of male baldness is beginning at the hairline. This hairline is gradually moving backwards (it recedes) and it is forming an “M” shape. Eventually your hair will become thinner, shorter, finer and it is creating a U – shaped (or horseshoe) pattern of hair around the sides of the head. If you have noticed that your hair loss is happening in an atypical pattern which is including hair breakage, hair loss in patches, widespread shedding and rapid hair loss, then you should visit your doctor. Also if your hair loss happens with pain, scaling, redness, skin irritation, itching or other symptoms, then you should talk with your doctor. 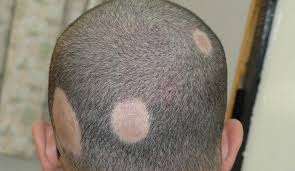 Causes of alopecia in men

Having a history of baldness or genetics is one of the causes for male pattern baldness. There are some studies in which are shown that the male pattern baldness is associated with male sex hormones known as androgens. Androgens have many functions in which is included the regulation of hair growth. You should know that each hair on your head has a growth cycle. When the male pattern baldness is affecting someone, then the growth cycle begins to weaken and the hair follicles shrink which are producing shorter and finer strands of hair. Eventually, this hair growth cycle for each hair end and there is no new hair that grows in its place. The inherited male pattern baldness usually is not having side effects. But there are some cases when baldness has more serious causes such as anabolic steroids, scalp infections, anemia, thyroid conditions, medications and cancers. If your hair loss is accompanied by other health conditions or if it happened after taking new medications, then you should talk with your doctor as soon as possible. Also the health conditions can be a cause of baldness when a unusual pattern of hair loss, patchy hair loss, hair breakage, peeling of the scalp, pain, redness and rash accompanies the hair loss. Your doctor needs to make blood tests and skin biopsy to discover the real cause for hair loss.

Risk factors: This type of condition can begin in the teenage years but it is more common in adult men as they are getting older. Also it is known that genetics can play a role in it. Also it is known fact than men who have a close relative that suffers from male pattern baldness, have increased risk of getting it. This is true when the relatives are on the maternal side of the family.

5 Concerning Side Effects of Artificial Sweeteners

Nowadays, many people are using artificial sweeteners as a substitute for sugar. But many people do not know that these chemicals are dangerous. There...
Read more

Pterygium is a very common condition. It is benign non – cancerous growth of tissue which is located in the area of eyes known...
Read more

In the markets there are different types of fish oil which can be good source for the health benefits of your body such as...
Read more

This is a common condition which is happening when you climb to a high altitude too quickly. The decrease in atmospheric pressure makes your...
Read more

The celiac disease is also known as celia sprue or gluten – sensitive enteropathy. This is an inherited and autoimmune disorder. It is damaging...
Read more

There are many home remedies which can help you in the natural treatment of pancreatitis, such as certain lifestyle changes, blueberries, ginseng, spinach, yogurt,...
Read more