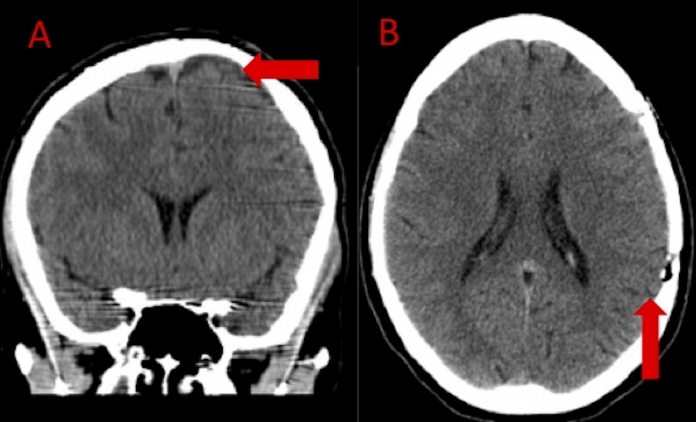 You should know that arachnoid cyst is not a brain tumor. This is a benign cyst that is usually filled with clear CSF (cerebrospinal fluid). It is most often present at birth but it may not be detected for years. In many cases, the arachnoid cyst causes no symptoms at all. If the arachnoid cyst is going to create symptoms, then it usually does in early life. [1,2]

Most often, this is happening in the first twelve months of a child’s life and sometimes not until adolescence as the cyst grows and it is almost always before the age of twenty. The arachnoid cyst which is causing symptoms needs to be evaluated for possible treatment because it can continue to grow and it can cause neurological damage because it puts pressure on the surrounding brain tissue.

The arachnoid cysts which cause any of the mentioned symptoms need to be evaluated for possible treatment because as it continues to grow, it can cause neurological damage because it puts pressure on the surrounding brain tissue.

Many of the mentioned symptoms can be caused by other health problems, so this is a reason why you should see your doctor as soon as you notice any of the mentioned symptoms so he or she will give you the right diagnosis and treatment. Usually, doctors diagnose the arachnoid cyst with sureness so they can give their patients much needed treatment.

Usually, doctors drain the arachnoid cyst and if you have decided to make surgery, then it needs to be done by a professional doctor.

The exact cause for the primary arachnoid cyst is not known. It develops in a fetus during pregnancy but no one knows which the cause is for it [1,2]. The secondary arachnoid cyst can be caused by a complication of brain surgery, illness (brain tumor or meningitis), or trauma (a fall, accident, or another injury). [5]