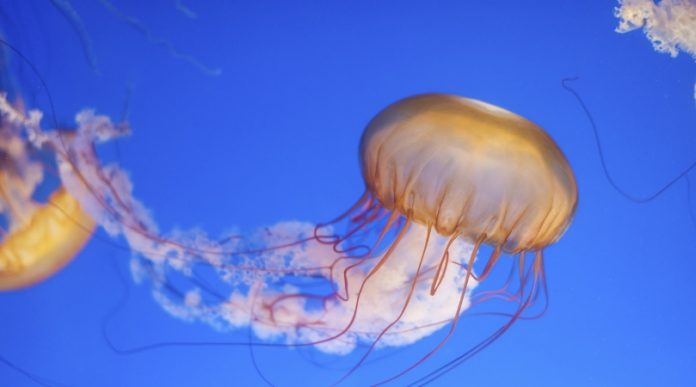 Here are the most common signs and symptoms of the jellyfish sting:

If the jellyfish sting is severe, then it can affect multiple body systems. These reactions can appear several hours after the stings or rapidly. Here are signs and symptoms of severe jellyfish stings [2]:

The severity of your reaction depends on:

If you have severe symptoms, then you should seek emergency treatment.

We know that the jellyfish tentacles have microscopic barbed stingers. Each stinger has a tiny bulb that has venom and a coiled, sharp – tipped tube. We know that this venom is used by jellyfish to protect itself and kill prey. When someone brushes against the tentacle, then tiny triggers on its surface are releasing the stingers. The tube is penetrating the skin and it is releasing venom. The venom is affecting the immediate area of contact and it can enter the bloodstream. It is known that the jellyfish which have washed up on a beach can still release venomous stingers if they are touched.

Here are some conditions which are increasing your risk of getting stung by jellyfish: