The trichomoniasis is STI (a sexually transmitted disease). This is a very common condition. CDC (Centers for Disease Control and Prevention) has reported that 3.7 million Americans are infected with this condition at any given time [1]. Trichomoniasis is also known as trich. This condition is easily treated. If someone who has trichomoniasis does not get the proper treatment, then this infection can be ongoing. If the affected person uses a treatment, then it is usually cure in a period of week. You can contract trichomoniasis again after treatment if your partner was not treated or if your new partner has trichomoniasis infection. You should reduce your chances of having this infection again by making sure that all of your partners get the proper treatment. Also you should wait for the infection to clear before you become sexually active again. Doctors are recommending waiting for one week after you have taken your medication before you have sex again. Your symptoms will go away after one week. If your symptoms continue, then you should talk with your doctor about getting retested and retreated.

Here are the most common symptoms of trichomoniasis in men: 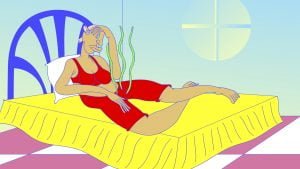 Complications: The trichomoniasis infection can make it easier for people to contract other STIs. The genital inflammation which is caused by trichomoniasis can increase your risk of getting HIV along with other STIs. Also it becomes easier for you to spread this virus to other person when you have trichomoniasis [5,6]. Also there are other conditions which can happen with trichomoniasis, such as bacterial vaginosis, Chlamydia and gonorrhea. If the infections are left untreated, then this can result in PID (pelvic inflammatory disease). Here are some complications of PID: