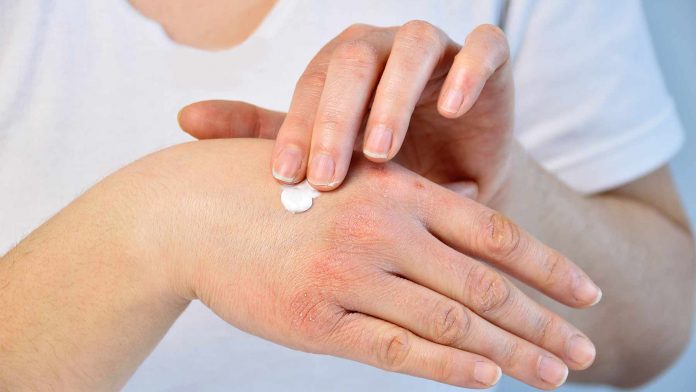 This is a chronic autoimmune condition which is causing a rapid buildup of skin cells. This buildup of cells is causing scaling on the skin’s surface. The redness and inflammation around the scales is very common. The typical psoriatic scales are whitish – silver and they develop in thick and red patches. In some cases, these patches can crack and bleed. It is happening as a result of the sped-up skin production process. Usually, skin cells grow deep in the skin and they slowly rice to the surface. Eventually, these skin cells will fall off. One month is a typical life cycle of a skin cell.

In people who have it, this production process can happen in just a few days. Due to this process, skin cells do not have time to fall off. This rapid overproduction is leading to the buildup of skin cells. Typically, scales develop on the joints, such as knees and elbows. They can develop anywhere in the body, including the face, scalp, neck, feet and hands. The less common types of it is affecting the mouth, nails and the area around genitals.

There are some studies in which are said that around 7.5 million of Americans have it. It is commonly associated with several other conditions, like psoriatic arthritis, heart disease, inflammatory bowel disease and type 2 diabetes. You should know that it is not contagious. It is known that psoriasis cannot be passed from one person to another. If you touch a psoriatic lesion on the affected person, then it will not cause you to develop psoriasis. 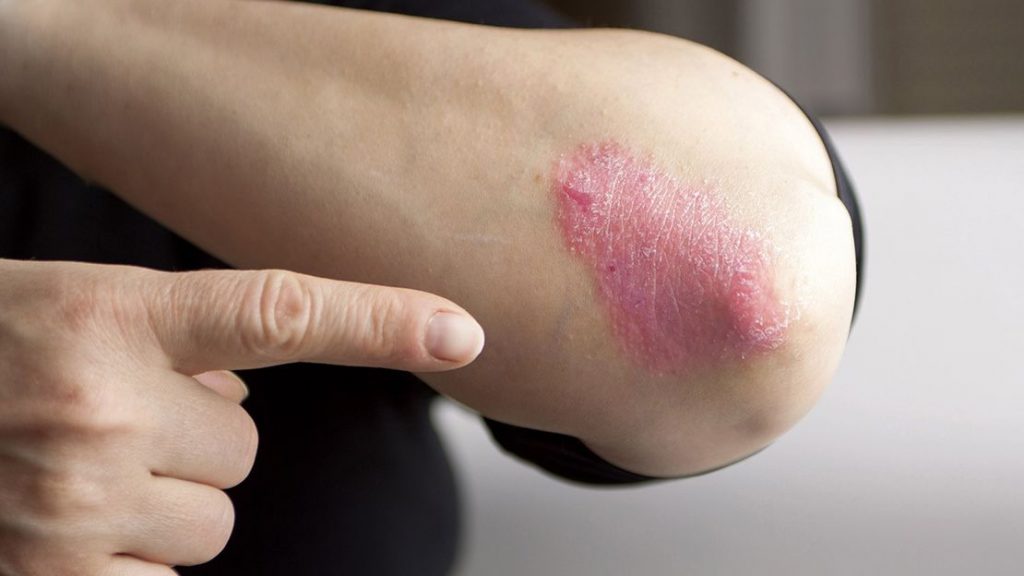 The symptoms of psoriasis can vary from one person to another and it depends on the type of itpsoriasis. The areas affected by it can be small as a few flakes on the scalp or elbow or they can cover the majority of the body. Here are the most common symptoms of plaque psoriasis:

Not every single person who is affected by psoriasis can experience the mentioned symptoms. Some people can experience entirely different symptoms if they have a less common type of it. Most people who have it go through cycles of symptoms. This condition can cause severe symptoms for a few days or weeks and the symptoms can clear up and it can be almost unnoticeable.

In a period of few weeks or if the triggers of psoriasis made it worse, then this condition can flare up again. There are some cases when the symptoms of psoriasis can disappear completely. The period when you do not have active signs of the condition, then you can be in “remission”. This does not mean that psoriasis will not come back, but in that period you are symptom – free.

Doctors do not know what the cause for psoriasis is. But in the recent studies is said that genetics and immune system are the two key factors.