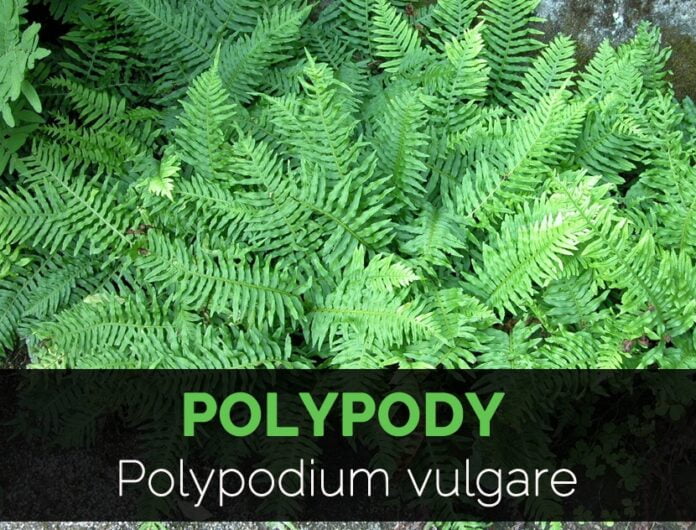 The scientific name of polypody is Polypodium vulgare. It is a fern which belongs to the Polypodiaceae family and it is found throughout the year. The polypody is inherited to Europe and it is found in eastern Asia, Africa, predominantly in northern areas. It is commonly found in France up to an altitude of 2000 m. Also, it is found in Scandinavia, mostly in southern part of the area and some species are found in America and eastern Asia. The size of the polypody is 30 cm in height. Rhizomes of polypody have bitter – sweet flavor and they are used to make confectionary like nougat. It should not be used externally because it can cause skin rashes.

The excessive use of polypody can result in many side effects, such as stomach pain, nausea and vomiting. Sensitive people can experience minor rash with its application. Not many people know that polypody is sweet. The reason for its sweetness is the osladin which can be up to 500 times sweeter than sugar, which makes a great substitute for sugar. When it is cooked, then it can provide a very aromatic smell. it is frequently used in nougat, because of the sweet and aromatic properties. Here are some health benefits of polypody:

You can apply polypody topically for treating minor wounds, bites, scrapes, cuts and grazes. This plant has antibacterial properties which can help to prevent the infection from taking hold and it can lower the inflammation and irritation and it can speed up the healing process of wounds. You can apply polypody topically if you want to deal with common inflammatory skin conditions, such as eczema and psoriasis.

It has analgesic properties which can help you to get a relief from the pain. This is a reason why the polypody can be used as a home remedy for rheumatism and arthritis. In one study done on rats was noticed that extracts of this herb can give a relief from the pain through improved reaction times.

There are some studies in which are found that the polypody can help to lower the fever due to the antipyretic properties.

There are some studies in which are shown that the polypody can prevent sunburn or reduce its severity. In one small study done in 2017 was found that the oral formulation of this plant can reduce the skin damage caused by the ultra – violet rays (UVB). In another study done in 2016, was found that a supplement containing it can help to prevent the sun damage from both UVA and UVB rays, and it may help to prevent skin cancer. But, there should be done a lot more studies in future to determine if it is surely effective against sunburn and other sun damages to the skin.

There are some studies in which are said that it can help to treat the impotence and libido issues. If you have some of these problems, then you need to talk with your doctor before you use it polypody as your home remedy, so you will know if it suitable for you.

In the traditional medicine, especially the Europe and Central and South America, the polypody extracts have been used to treat psoriasis. But, there need to be done a lot more studies in future to approve or disapprove the usage of polypody as home remedy for psoriasis.

In the traditional medicine, it was used as home remedy for the stomach aches. You need to talk with your doctor for the best way of using it.

It can promote the digestive health and it can provide gastrointestinal complaints. Also, it can stimulate the bile production and it can be used for treating conditions and boost the appetite. It is acting as gentle laxative and it can be used as a safe home remedy for constipation.

It has expectorant properties and it is useful for the treatment of many different respiratory ailments. You can drink it in form of tea to treat bronchitis, congestion, coughs and catarrh.