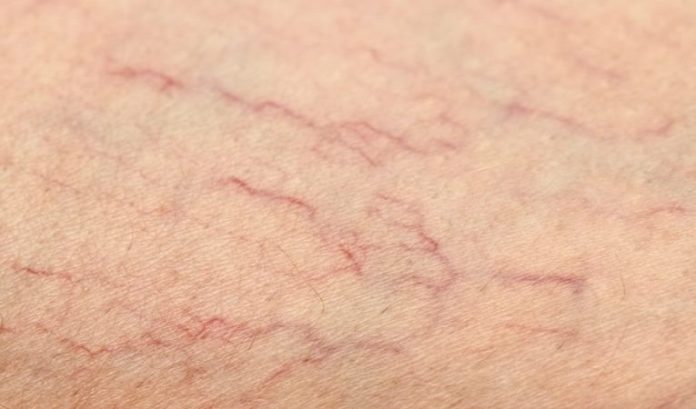 Here are the causes for this disorder:

[2] The Derm Review. Everything you need to know about broken capillaries. 2018. Retrieved from thedermreview.com/broken-capillaries/