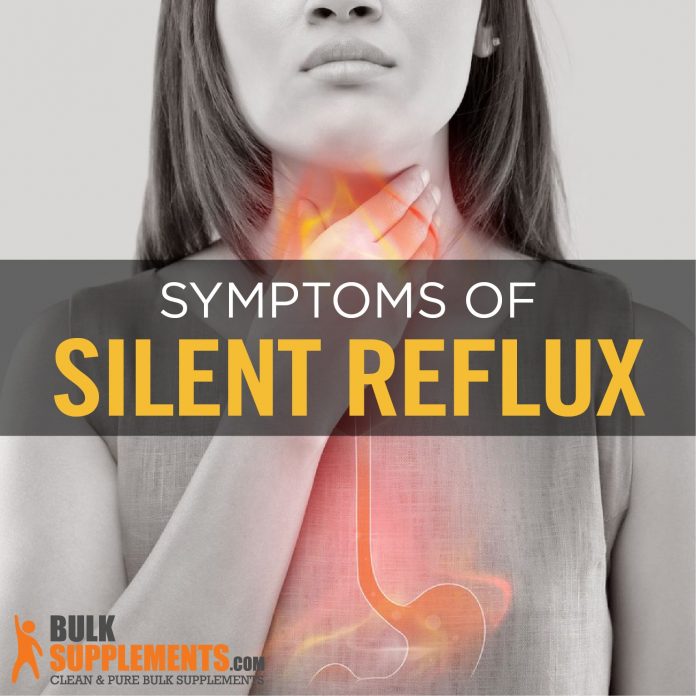 This is a condition in which the stomach acid is causing throat discomfort, especially behind the breastbone in the middle of the trunk. This condition is not causing heartburn but it can cause damage to vocal cords and throat. The silent reflux disease is also known as LPR (laryngopharyngeal reflux). Stomach acids are also included in the stomach. When the stomach acids make a contact with the vocal cords and pipe, then burning, discomfort and irritation can happen.

The silent reflux disease could lead to coughing, frequent throat – clearing and hoarseness. Also it can cause a sensation of post – nasal drip; breathing difficulties; swelling and irritation of vocal cords; difficulty swallowing; a bitter taste at the back of the throat; you may have a feeling like something is stuck in the throat. There are some physical characteristics which are increasing the chances of people to develop silent reflux disease, such as problems with food pipe contractions; a hiatal hernia; a slow – emptying stomach; problems with the lower food pipe valve. There are some lifestyle factors which can increase the risk for this condition, such as being overweight; smoking; frequently consuming alcohol, spicy and fatty foods and sodas; overeating. In the long – term situations, the silent reflux disease could lead to oral cavity disorders; persistent or repeated laryngitis; chronic cough; recurrent pneumonia; lung and breathing disorders. If you suffer from silent reflux disease, then you need to talk with your doctor before you start using some of the below mentioned home remedies for this condition. 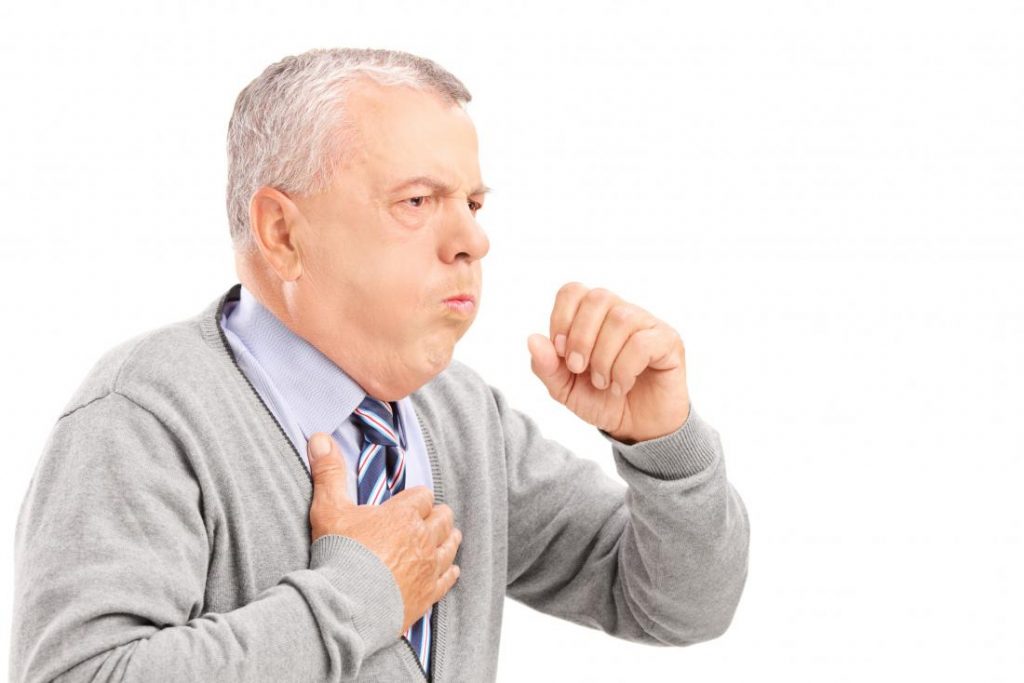 Catnip: This herb is known that is producing mildly intoxicating effects in felines but it can be used in the treatment of silent reflux disease. In the ancient Chinese medicine, the catnip tea was drunk to relieve the chest congestion [1]. It can improve the digestion by soothing the muscles of the digestive tract and it reduces the amount of stomach acids that are needed to break down foods. This home remedy can buffer the mucous lining to prevent the irritation which is caused by the stomach acids which enter your esophagus. You need to talk with your doctor before you start using catnip as your home remedy for silent reflux disease because there are some cases when it could lead to stomach upset.

Chamomile: In the United States of America, this herb is known as a mildly calming herb which can give you a relief from the insomnia. In the 17th century, this home remedy was used for digestive problems, particularly peptic ulcers. This natural cure can soothe your esophagus and it can give you a relief from the irritation when it is taken as tea. You need to talk with your doctor before you start using chamomile tea as your home remedy for silent reflux disease. This natural cure has a long history as a digestive aid but in some people it could lead to nausea. [2]

Marshmallow: In the Ancient Greek medicine, the marshmallow roots were used to treat toothaches and insect stings. Also this home remedy can improve the digestion and reduce the production of stomach acids which can penetrate into the esophageal sphincter [3]. This home remedy can help to reduce the severity of symptoms of silent reflux disease. You need to talk with your doctor before you start using this home remedy because even the side effects are rare, there are some cases when it can cause diarrhea.

Eat more fiber: Dietary fiber has many health benefits for our bodies. It can increase the satiety and it promotes regularity. This element moves through the gastrointestinal tract undigested which can help you to feel full and it will improve the digestive health. There are some studies in which are shown that increasing your fiber intake can fight against the silent reflux disease. In one study which was done in 2004 was found that the dietary fiber can be protective against the reflux [4]. You should add foods that are rich in dietary fiber in your diet, such as whole grains, legumes, vegetables and non – citrus fruits. Men should eat at least 38 grams of dietary fiber on daily basis while women should eat at least 25 grams of dietary fiber on daily basis. You should increase your intake of dietary fiber slowly. You should drink a lot of water to avoid the negative digestive symptoms which can happen when someone suddenly increases the fiber intake.

Avoid alcohol: There are some studies in which are shown that drinking alcohol can trigger the symptoms of silent reflux disease. There was one study in which participants were taking meals either water or white wine and the reflux was measured. It was found that the white wine can increase the reflux duration and frequency compared to water. There was another study done in 2006 in which was said that white wine and beer are increasing the reflux by 23 – 25% [5]. You should keep your alcohol intake in moderation so in this way you can reduce the symptoms. You should avoid drinking alcohol 2 – 3 hours before you go to bed.

Chew a gum: It is known that if you chew a gum after your meal, then it can help you against the silent reflux disease. It is easy and effective home remedy. In one study which was done in 2005 was found that chewing sugar – free gum for half an hour after eating can help to reduce the reflux [6]. When you are chewing gum, then it is increasing the saliva production which can help to neutralize the stomach acid. This can cause you to swallow more often to help clear acid from your mouth and esophagus more quickly. You can also chew bicarbonate gum because this can be very effective because it can aid in neutralizing acid. You should remember that peppermint is causing symptoms in some people so you should opt for another flavor like cinnamon which can be safer choice for you.

Eat small and frequent meals: One of the biggest causes for reflux is overeating. When you are eating too many foods, then this is increasing the pressure on the stomach and it can cause acid to be pushed up into the esophagus. You should divide your daily intake into smaller portions and eat more frequently to keep you full and this can help you to avoid overeating and prevent reflux. You should plan nutrient – dense and portion – controlled snacks throughout the day because this is the easiest way to treat the silent reflux disease. You should eat mini meals which have a lot of nutrient – dense foods, like whole grains, vegetables and fruits which are having a good source of protein and they will help you to optimize your intake.

Avoid caffeine: It has been shown that caffeine can worsen the symptoms in people who suffer from silent reflux disease. This is happening because caffeine can reduce the esophageal sphincter which will allow the acid to enter the esophagus and cause reflux [7]. Soda, tea and coffee are some of the most common sources of caffeine in our diets. If you notice that these substances exacerbate your symptoms, then you can eliminate them from your diet or you can consume decaffeinated varieties of coffee or tea instead.

Follow a healthy diet: You should eat a healthy diet that is rich in nutrients because it can help to ease the symptoms of silent reflux disease. When you are eating a healthy and well – balanced diet with minimal processed foods, it can provide you more fiber and nutrients which will increase the amount of beneficial gut bacteria and this can promote better digestive health to prevent the reflux. The diet which is full of whole foods can aid in the weight loss and this can reduce the risk of silent reflux disease. You should eat a lot of whole and unprocessed foods, like citrus fruits, vegetables and whole grains to see improvements in your silent reflux disease. You should drink a lot of fluids, including water and herbal teas.

Quit smoking: It is known that smoking can increase the risk for many diseases, such as coronary heart disease, cancer, lung disease but also the silent reflux disease is also included in it. You should quit smoking because it will decrease your risk of silent reflux and also it can help you to make steady strides towards better health. [8]