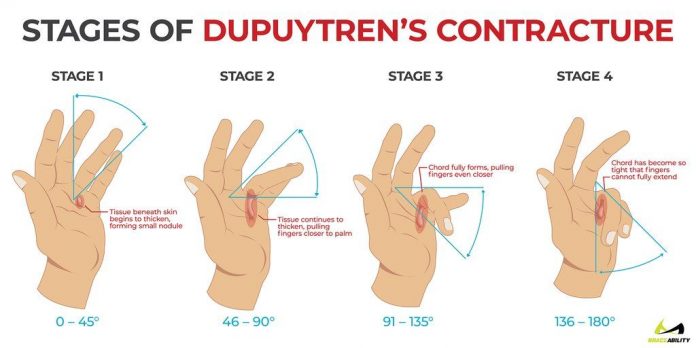 Dupuytren’s contracture is a hand deformity which usually develops over years. This condition is affecting a layer of tissue which lies under the skin of your palm. Knots of tissue are forming under your skin, eventually creating a thick cord which can pull one or more fingers into a bent position. The affected fingers cannot be straightened completely and this can complicate the everyday activities, such as shaking hands, putting on gloves or placing your hands in your pockets.It is known that the Dupuytren’s contracture is mainly affecting the 2 fingers farthest from the thumb and it happens most often in older men of Northern European (Dutch, French, Scottish, Irish and English) descent. 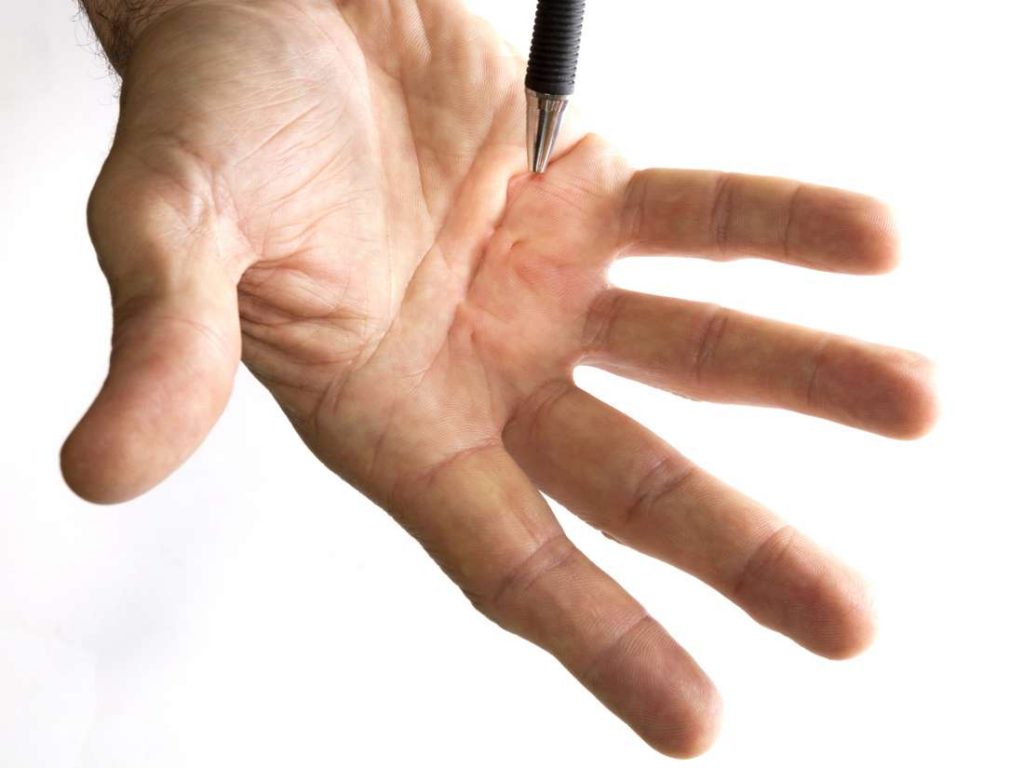 The Dupuytren’s contracture typically is progressing slowly, over years. It usually begins as a thickening of the skin on the palm of the hand. As this condition progresses, the skin of the palm can appear dimpled or puckered. Also, a firm lump of tissue can form on your palm. This lump can be sensitive to touch and usually it is not painful. When the Dupuytren’s contracture is in the later stages, then cords of tissue are forming under the skin of your palm and they can extend up to your fingers.

As these cords tighten, your fingers can be pulled toward your palm and in some cases it can be severely. The most commonly affected fingers are the two fingers farthest from the thumb but the middle finger can be also affected. There are rare cases when the thumb and index fingers are affected. This condition can happen in both hands, but usually just one hand is affected.

There are many factors which can increase your risk of Dupuytren’s contracture, such as

This condition can make difficult for you to perform some functions using your hand. Usually, the thumb and index finger are not affected so many people do not have much inconvenience or disability with the fine motor activities, such as writing. As the Dupuytren’s contracture progresses, then it can limit your ability to fully open your hand, grasp large objects or to get your hand into narrow places.