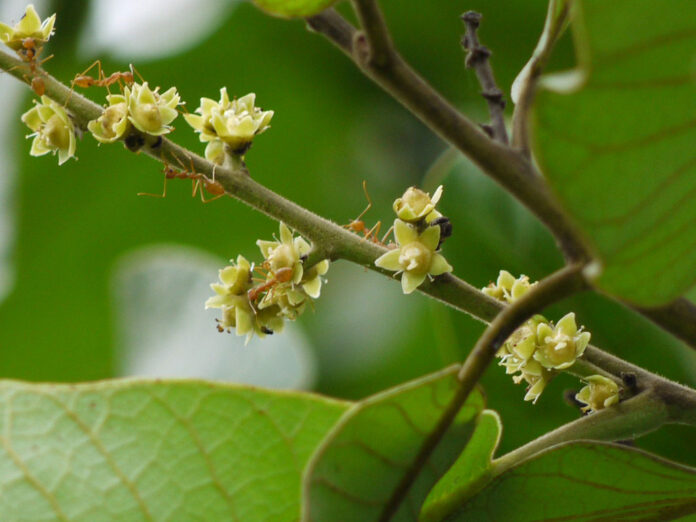 The marking nut is green when it is young and it turns to black when ripe. Marking nut is closely related to the cashew. It has the name marking nut by Europeans because it was used by washer men to mark cloth and clothing before washing, as it imparted a water insoluble mark to the cloth. It is a moderately sized deciduous tree which grows about 12 – 15 meter tall and circumference of 1.25 meter. This nut is found growing in moist deciduous and semi – evergreen forests.

The flowering season of marking nut is from May – September. The propagation of marking nut is by seed. The shell surrounding the seeds has a strongly irritant substance. This plant is poisonous to the touch in the same manner as poison ivy, bringing the skin up in a severe rash. This nut should not be used by kids and pregnant women. Also, people with excess bile should not use the marking nut. 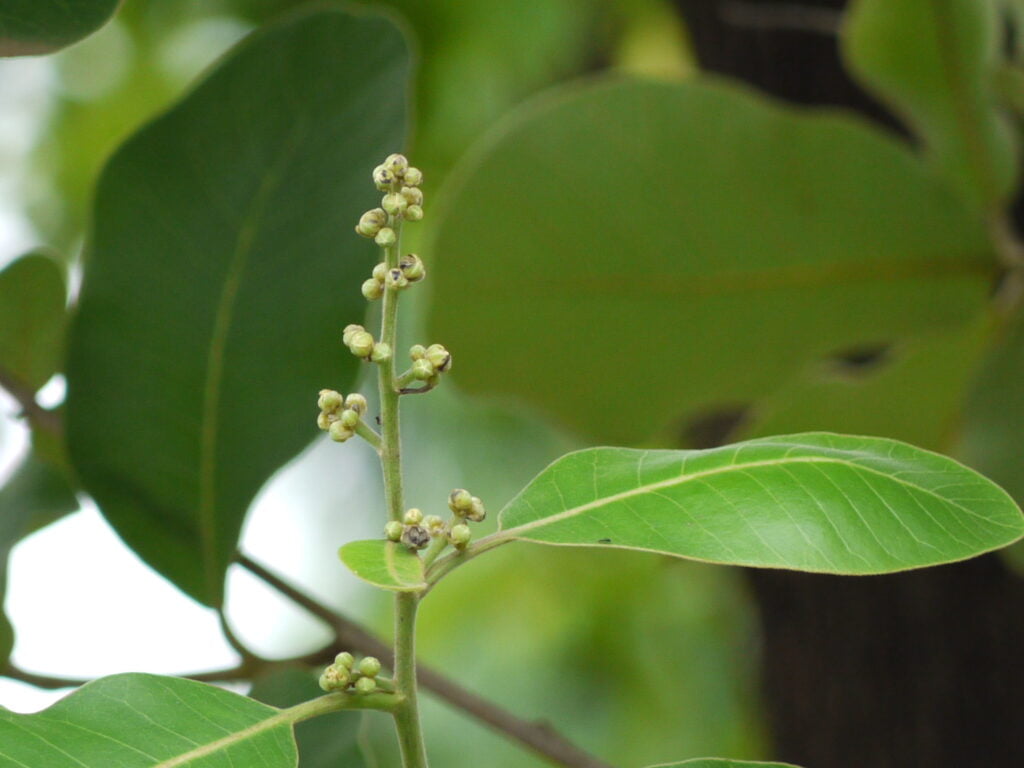 This nut is usually recommended in form of linctus to prevent the early graying of hair. One teaspoon of this home remedy should be mixed in a cup of warm milk and it should be taken two times per day to obtain the desired results.

It is known fact that this nut has aphrodisiac properties which are used to increase the libido and sexual desire. Usually, it is recommended as tonic to improve the male fertility and it has ability to increase the production of the semen. Also, it is used to treat the seminal leakage and premature ejaculation. Also, women can use the marking nut as home remedy for uterine inflammation and also abnormal and painful menstruation.

It is known that the marking nut is an appetizer, purgative, liver stimulant and anthelminitic. This is a reason why it can be used as home remedy for gastrointestinal disorders. The marking nut is very effective home remedy for loss of appetite and many digestive disorders, such as piles, abdominal distension, constipation and many different types of intestinal worms, especially hookworm. Marking nut is very effective home remedy for piles because it can improve the blood circulation, which is reducing the pressure on veins and it reduces the accumulation of blood in the veins of the rectal area.

The leucoderma is a harmless skin condition which is characterized by white patches on the skin which is caused by the loss of pigmentation. There are some cases when these patches can become red in color and they cause severe itching. It is considered that the marking nut is very effective home remedy for this condition, so doctors are recommending taking one teaspoon of this home remedy two times per day to cure leucoderma.

The ethanolic extract of dried this nuts was found to lower the blood glucose levels in normal rats. Also, it has helped to lower the blood glucose levels in streptozotocin – induced diabetic rats by a significant amount. The seeds are also used in the treatment of diabetes, but there should be done a lot more studies about the effects of this nuts in diabetic people. You need to talk with your doctor if you suffer from diabetes before you use marking nut as your home remedy.